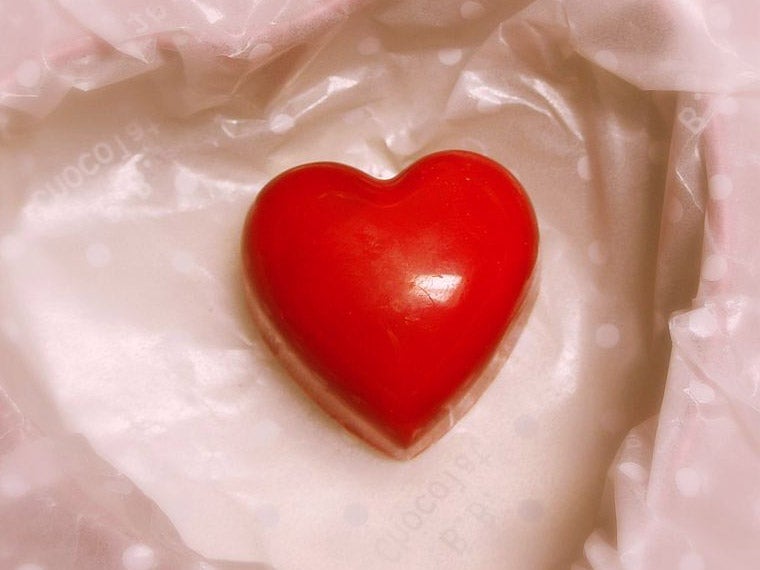 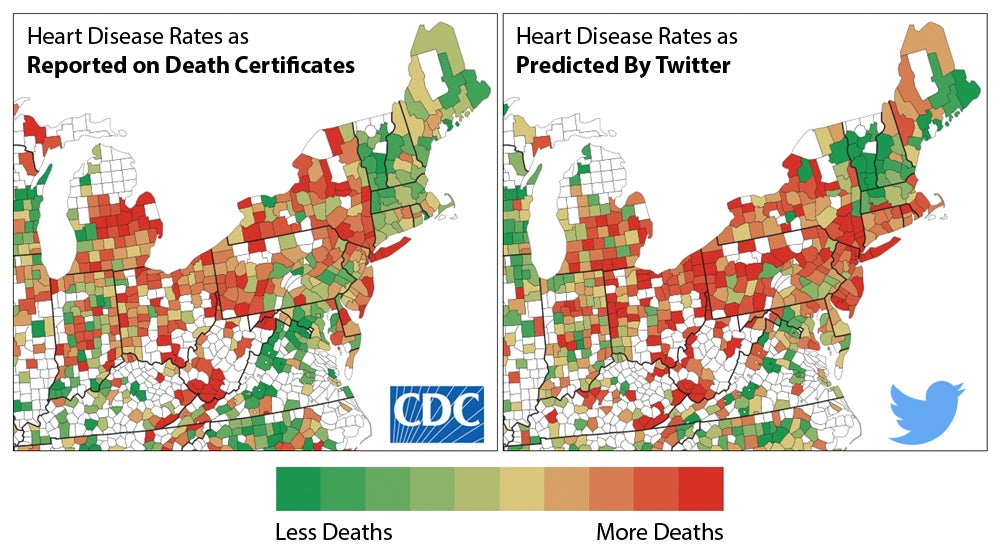 Twitter can predict almost anything—including your risk of getting heart disease.

Heart disease is the umbrella term for problems associated with plaque buildup in arteries that can lead to heart attack and stroke. It’s the leading cause of death worldwide, and a team led by psychologists at the University of Pennsylvania was looking for a better and cheaper way to predict who’s at the highest risk for heart disease. So they turned to Twitter, analyzing 148 million tweets across 1,347 U.S. counties, looking for signs of negative language. Then they compared the distribution of negative tweets to the distribution of heart disease mortality rates from the Centers for Disease Control and Prevention and the U.S. Census Bureau—and it turned out the two maps matched up pretty closely.

The researchers found that Twitter users who frequently posted about negative emotions, stress, or lack of sleep were at higher risk of heart disease, according to the CDC’s maps. Those who posted more positively had markedly less risk of the illness.

Surprisingly, the negative tweets appeared to be slightly better at predicting heart disease mortality than traditional demographic and socioeconomic factors.

One of the interesting things the researchers note is the discrepancy in age between those who tweet and those who have heart disease. The median age of a Twitter user is about 35, while people with heart disease are generally in their 60s. The researchers suggested that although the information wasn’t directly coming from those most at risk for heart disease, it was indicative of the community’s overall environment. The team hopes public health officials can use this information to pinpoint which communities need the most help when it comes to preventing heart disease.

Their results were published January 20 in Psychological Science.