No relation to the rapper 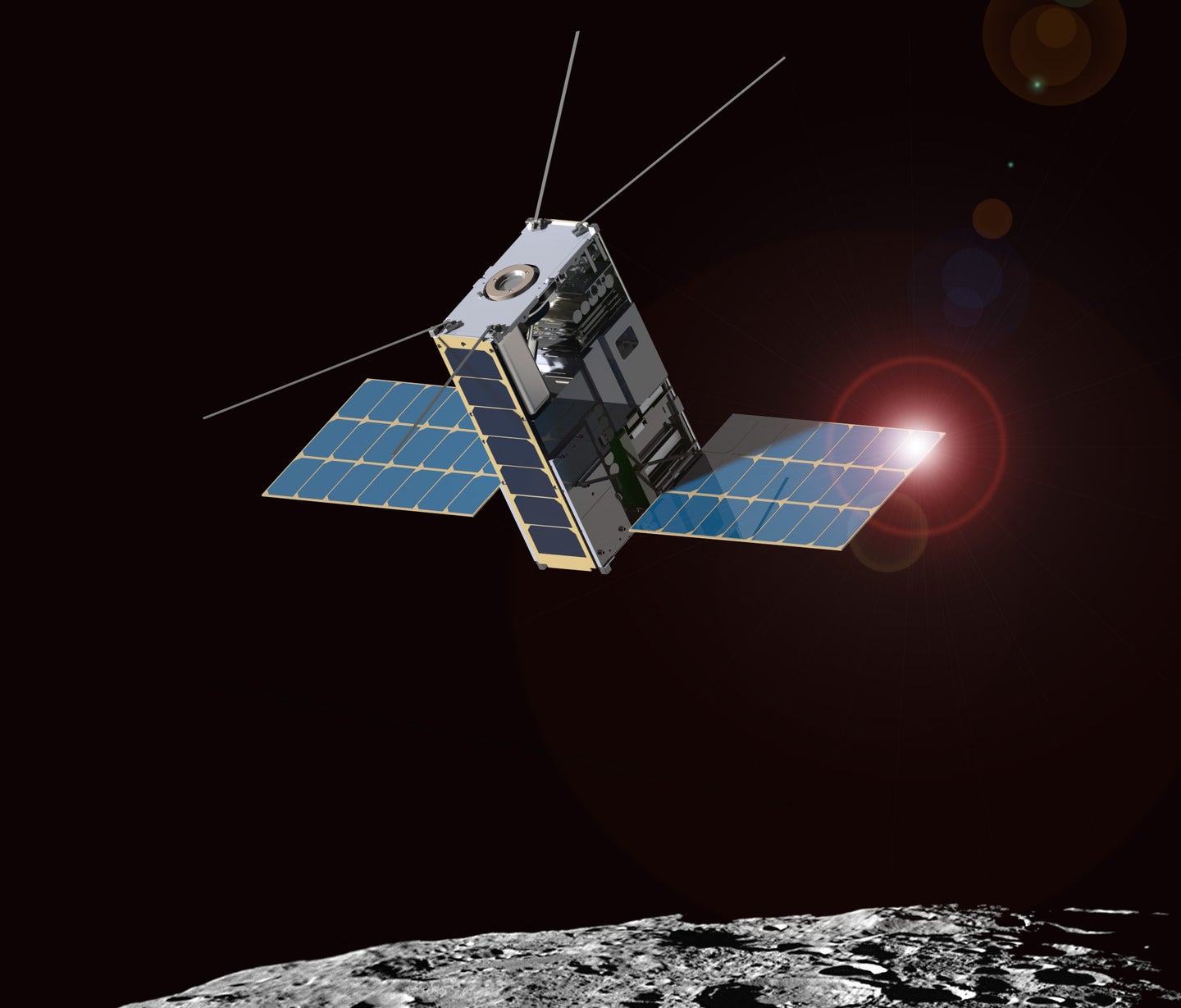 NASA can afford to set up a permanent, manned station on the moon, according to a recent study. By working with private companies and turning water into rocket fuel, say the study authors, colonizing the moon would practically pay for itself. Such a base would cost 90 percent cheaper than we thought—like, $10 billion instead of $100 billion—and provide fuel for sending astronauts to Mars.

There’s just one hitch. The crux of the plan relies on breaking down water into hydrogen and oxygen to feed rockets … and scientists aren’t totally sure there’s enough water on the moon for it to work. After dive-bombing the moon, NASA’s Lunar Crater Observation and Sensing Satellite hinted that water could be plentiful in the lunar crust. Now we need to know how much is really there, and where it’s located.

Enter Lunar IceCube. NASA has just announced that it has selected this shoebox-sized spacecraft to prospect for water on the moon. For six months, IceCube (not to be confused with the rapper OR the neutrino-hunting lab in Antarctica) will use an infrared spectrometer find out where water is located on the moon, and whether it’s in ice, liquid, or vapor form. The purpose?

NASA hasn’t announced a launch date yet for IceCube, but they’re planning to send it to the moon on the Space Launch System—NASA’s new heavy-duty, deep-space rocket, which won’t be ready for a few more years. Jet Propulsion Laboratory’s Lunar Flashlight, scheduled for launch in 2018, will also scout for water, paving the way for cheap, tiny satellites to explore the moon.