This Is The Rocket That Could Save Humanity

One ticket to ride this fireball into space, please 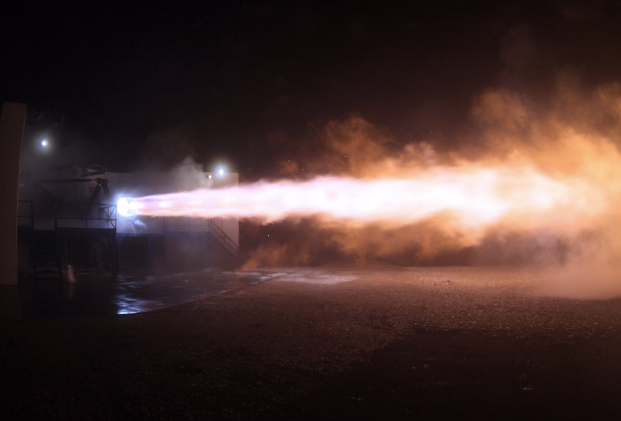 Take a long, loving gaze into the fiery plume of a rocket that could someday save humanity. It’s the kind of beautiful fireball you could get lost in.

That’s what a billionaire tech mogul might reflect on while basking in the warm glow of 310 metric tons of thrust blasted forth from the Raptor rocket engine, before hitting “send tweet:”

As details on the project slowly come together, it’s mind-blowing to think that someday humans could ride this thing around our solar system. Imagine this engine, combined with a cluster of other engines just like it, strapped to a vessel that’ll carry humans to Mars and beyond in the coming decades, as part of the SpaceX Interplanetary Transport System.

This was Raptor’s first firing test, after getting cozy in MacGregor, Texas last month. “Production Raptor goal is specific impulse of 382 seconds and thrust of 3 MN (~310 metric tons) at 300 bar,” SpaceX CEO Elon Musk tweeted, adding that its chamber pressure is almost three times that of the Merlin engines, which power the SpaceX Falcon 9 and upcoming Falcon Heavy rockets.

Musk hopes to put people on the ITS by 2022–something we’ll know more about after his “Make Humans An Interplanetary Species” presentation at the 67th International Astronautical Congress in Guadalajara, Mexico. The spaceflight system could carry 100 people or 100 metric tons of cargo to another world–Mars, Venus, Titan? We’ve got options.

Musk also tweeted a wide shot of the rocket plume with the caption “Mach diamonds,” which, aside from being an amazing name for a glam rock band, is the term used in rocketry for the wave patterns that appear in supersonic exhaust plumes.

Open this tab and keep it open: come tomorrow at 2:30 p.m. EDT, you can watch the live stream of Musk’s annoucement presentation, here: