This is the Flight Game Where You Never Have to Land

Paying tribute to his grandfather, designer creates a game to simply fly 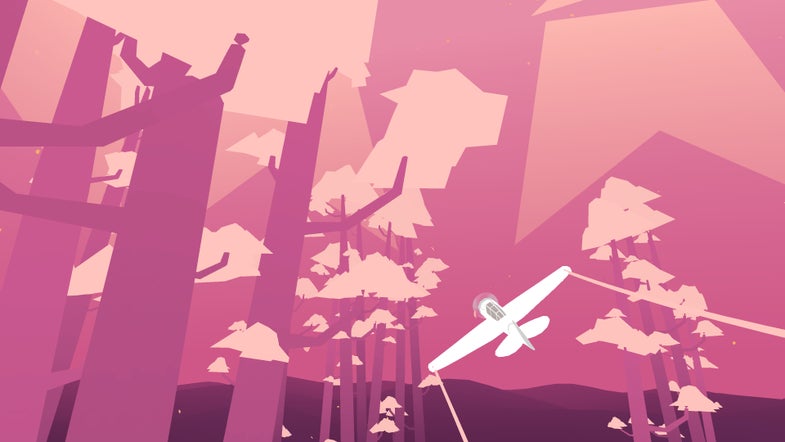 At 26, Armel Gibson, a French game designer, is the co-founder of Klondike, a gaming collective, and has produced more than a dozen games with vintage looks, tight controls, and challenging levels. But the game he’s getting the most attention for right now has no levels, missions, quests, or objectives. There’s no way to lose. And that’s how he wanted it.

Oases is a beautifully designed flight game where, contrary to the entire genre, you never crash, land, encounter obstacles, or have a destination. And it’s all in tribute to the pilot-grandfather he never knew.

“My grandfather died in 1960,” explains Gibson, “during the Algerian Independence War when his plane was reported lost in the desert, days before the birth of his first child, my father.”

Since Gibson wouldn’t be born for years to come, the game build wasn’t really a coping mechanism. “I never met my grandfather,” he says. “Even my father didn’t get to meet him. His death is something we almost never talk about, not because it’s taboo, but because [its] something that happened out of our own lives. So it was definitely more of a remembering mechanism than a coping one.” 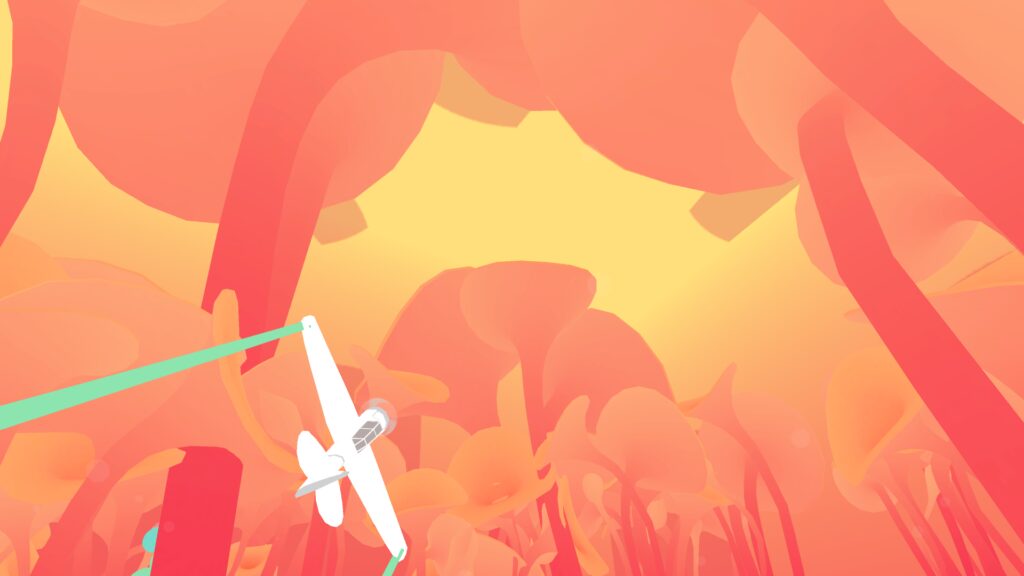 Oases is available for download for Mac and Windows right now. Gibson asks you to name your own price.

Gibson says he brought up the idea with his partner, also a French game designer who goes by Dziff, when they were asked to design a game for the “Now Play This” event in London. Though it’s gotten some publicity, he says he still hasn’t shown the game to his family. “I didn’t show the game to anyone in my family yet. I plan to do it soon, and I’m equally anxious and curious about their reaction. They don’t always get the whole “games as a medium” thing as much as “games as an industry” so we’ll see how it goes.”

Games as a medium are increasingly looked upon with favor, but indy games, like Oases, in particular, show off the creators’ ability to rework the concept of a game to evoke a message or feeling. 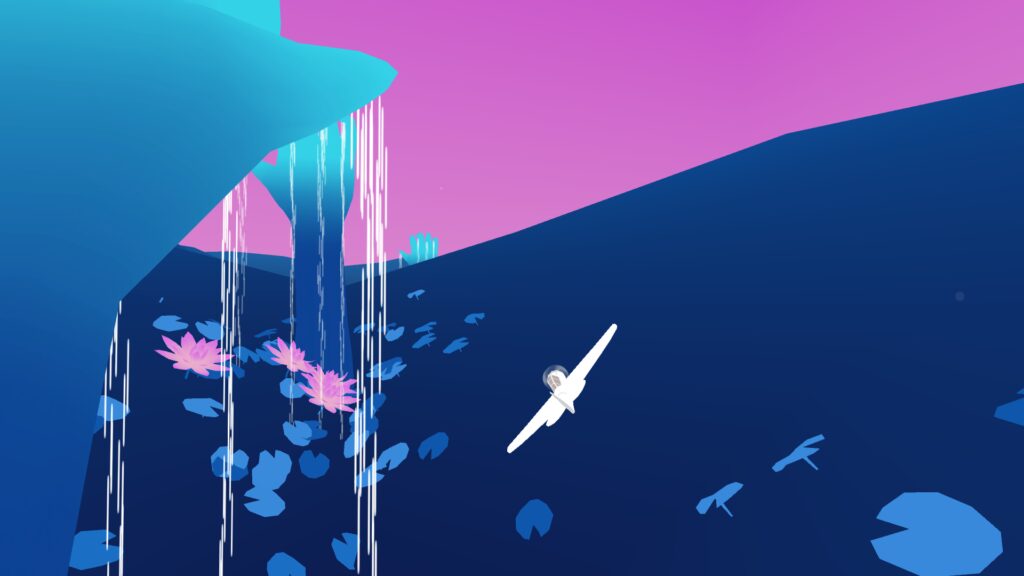 In this case, Gibson created a game that is free of a lot of the structural traditions of games. There aren’t levels. Or lives. In a fitting tribute, he’s honored the mystery of his grandfather’s disappearance. You don’t get an ending.

That’s unique, especially in an industry increasingly concerned with realism, action, and adrenaline. If a video game is a sports field or battlefield, what Gibson has done is create an anti-field. It’s not the locker room, or even the parking lot. It’s a park: the kind of place you can wander, observe, or relax for a few hours before heading back to reality.

“I wanted to create a space for self-reflection,” he explains. “The game is slow, you can’t die or fail, and you can’t do much more than [fly] around.” While that might confuse a lot of gamers, it’s remarkably enjoyable. With such an aesthetically pleasing, visually stimulating game, he really didn’t need the rest. “Removing goals, danger, stress, and traditional game mechanics frees a lot of your brain and you can just zone out.”

Where your mind goes isn’t his concern either. For Gibson this game is very much about his grandfather, but for others, he wants the game to be a place for whatever reflection that player needs.

“That you think about what happened to my grandfather or something else while playing I don’t care much about to be honest,” says Gibson. “I just want people to chill, listen to the music and enjoy something nice and peaceful for a few minutes.”