Let’s talk about how planes fly

How does an aircraft stay in the sky, and how do wings work? Fasten your seatbelts, and let's explore. 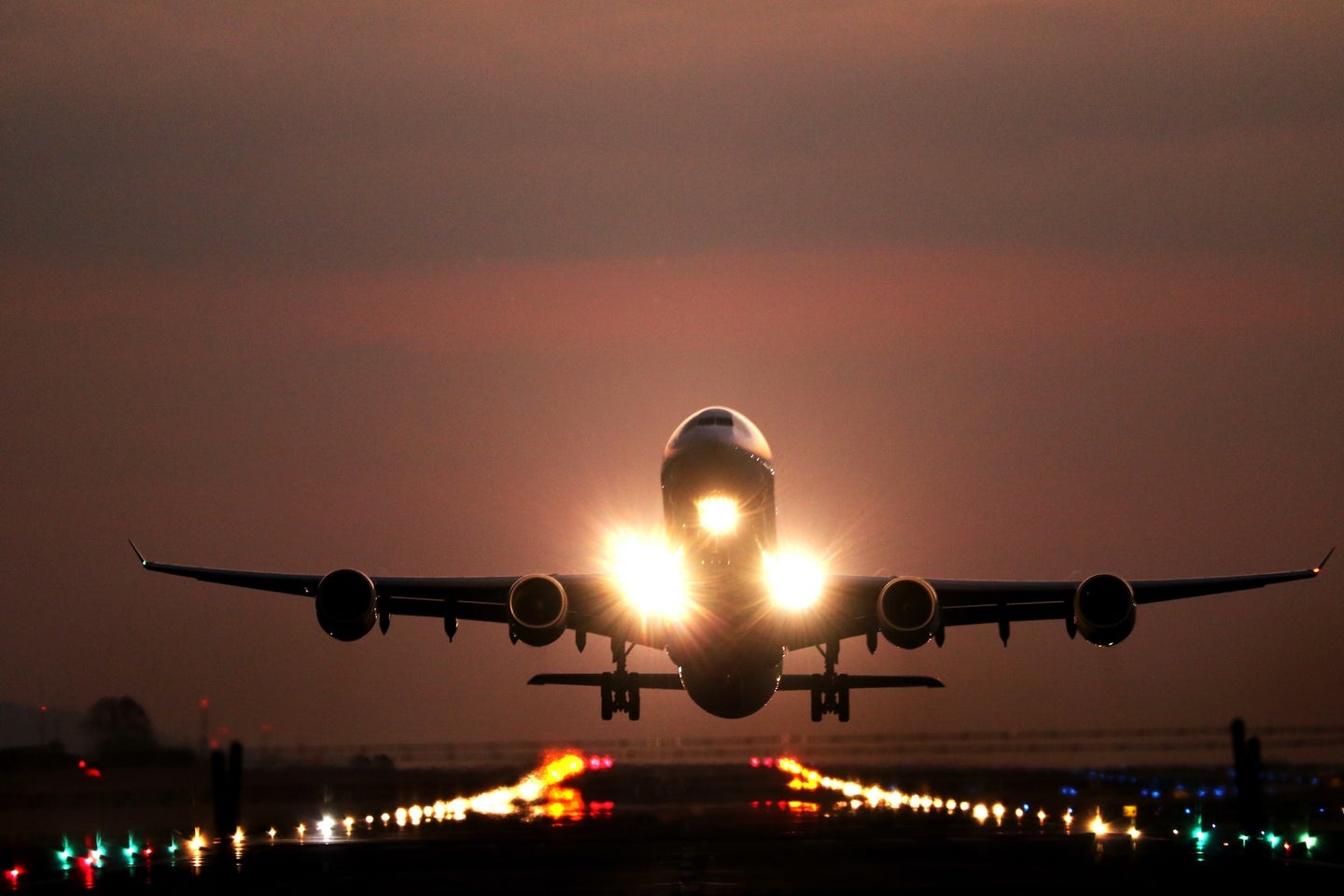 It's not magic: it's physics. Josue Isai Ramos Figueroa on Unsplash
SHARE

How does an airplane stay in the air? Whether you’ve pondered the question while flying or not, it remains a fascinating, complex topic. Here’s a quick look at the physics involved with an airplane’s flight, as well as a glimpse at a misconception surrounding the subject, too.

First, picture an aircraft—a commercial airliner, such as a Boeing or Airbus transport jet—cruising in steady flight through the sky. That flight involves a delicate balance of opposing forces. “Wings produce lift, and lift counters the weight of the aircraft,” says Holger Babinsky, a professor of aerodynamics at the University of Cambridge.

“That lift [or upward] force has to be equal to, or greater than, the weight of the airplane—that’s what keeps it in the air,” says William Crossley, the head of the School of Aeronautics and Astronautics at Purdue University.

Understanding just how the airplane’s wings produce the lift in the first place is a bit more complicated. “The media, in general, are always after a quick and simple explanation,” Babinsky reflects. “I think that’s gotten us into hot water.” One popular explanation, which is wrong, goes like this: Air moving over the curved top of a wing has to travel a longer distance than air moving below it, and because of that, it speeds up to try to keep abreast of the air on the bottom—as if two air particles, one going over the top of the wing and one going under, need to stay magically connected. NASA even has a webpage dedicated to this idea, labeling it as an “Incorrect Theory.”

So what’s the correct way to think about it?

One very simple way to start thinking about the topic is to imagine that you’re riding in the passenger seat of a car. Stick your arm out sideways, into the incoming wind, with your palm down, thumb forward, and hand basically parallel to the ground. (If you do this in real life, please be careful.) Now, angle your hand upwards a little at the front, so that the wind catches the underside of your hand; that process of tilting your hand upwards approximates an important concept with wings called their angle of attack.

“You can clearly feel the lift force,” Babinsky says. In this straightforward scenario, the air is hitting the bottom of your hand, being deflected downwards, and in a Newtonian sense (see law three), your hand is being pushed upwards.

But a wing, of course, is not shaped like your hand, and there are additional factors to consider. Two key points to keep in mind with wings are that the front of the wings, also known as the leading edge, is curved, and overall, they also take on a shape called an airfoil when you look at them in cross-section.

[Related: How pilots land their planes in powerful crosswinds]

The curved leading edge of a wing is important because airflow tends to “follow a curved surface,” Babinsky says. He says he likes to demonstrate this concept by pointing a hair dryer at the rounded edge of a bucket. The airflow will attach to the bucket’s curved surface, and make a turn, and could even snuff out a candle on the other side that’s blocked by the bucket. Here’s a charming old video that appears to demonstrate the same idea. “Once the flow attaches itself to the curved surface, it likes to stay attached—[although] it will not stay attached forever,” he notes.

With a wing—and picture it angled up somewhat, like your hand out the window of the car—what happens is that the air encounters the rounded leading edge. “On the upper surface, the air will attach itself, and bend round, and actually follow that incidence, that angle of attack, very nicely,” he says.

Ultimately, what happens is that the air moving over the top of the wing attaches to the curved surface, and turns, or flows downwards somewhat: a low-pressure area forms, and the air also travels faster. Meanwhile, the air is hitting the underside of the wing, like the wind hits your hand out as it sticks out the car window, creating a high-pressure area. Voila: the wing has a low-pressure area above it, and higher pressure below. “The difference between those two pressures gives us lift,” Babinsky says.

Babinsky notes that more work is being done by that lower pressure area above the wing than the higher pressure one below the wing. You can think of the wing as deflecting the air flow downwards on both the top and bottom. On the lower surface of the wing, the deflection of the flow “is actually smaller than the flow deflection on the upper surface,” he notes. “Most airfoils, a very, very crude rule of thumb would be that two-thirds of the lift is generated there [on the top surface], sometimes even more,” Babinksy says.

Can you bring it all together for me one last time?

Sure! Gloria Yamauchi, an aerospace engineer at NASA’s Ames Research Center, puts it this way. “So we have an airplane, flying through the air; the air approaches the wing; it is turned by the wing at the leading edge,” she says. (By “turned,” she means that it changes direction, like the way a car plowing down the road forces the air to change its direction to go around it.) “The velocity of the air changes as it goes over the wing’s surface, above and below.”

Ask Us Anything
Aviation
Physics
transportation