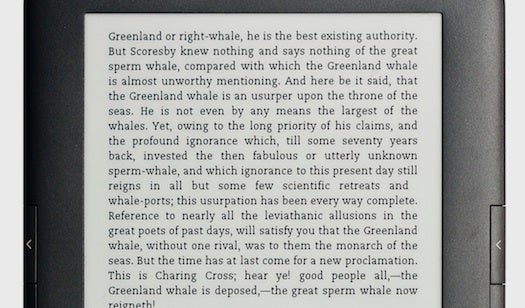 Sounds like a scenario that could have come straight from The Phantom Tollbooth‘s Dictionopolis. Researchers have created a program to catch pirates by their commas… to trap them with paragraph breaks.

The new program, still under development at the Darmstadt Technical University in Germany, automatically creates subtle alternative versions of an e-book by moving words around, using synonyms, or adding or removing grammatical marks, the blog Torrent Freak reports. If a pirated version of the book appears online, then publishers are able to narrow down its source by looking at which version it is. The program also creates some invisible marks to help track e-books.

If publishers adopt the program, it could be part of a system that protects copyrighted works while allowing people who have bought e-books to do some small-time sharing, such as copying the book onto all of their devices. One major potential problem is the possibility of mistakes—or just changing the literary intent of the author. I’m guessing Lolita wouldn’t be the same with synonyms or re-phrasings, especially if created by a computer program.