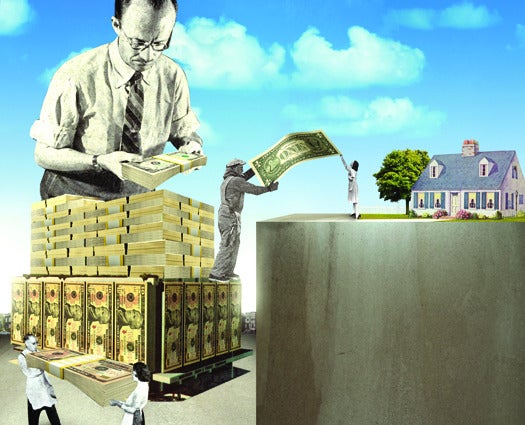 Do you remember the moment when crowdfunding became A Thing? Sites like Kickstarter have been around for a few years now, and the amount they’ve grown in that time is bananas, as this infographic from Statista shows. From 2010 to 2012, cash spent on crowdfunding tripled, from $900 million to about $2.7 billion. (If they included data back to 2009 here, it would’ve been a 529 percent increase between then and 2012.)

What’s equally interesting, though, is where that money’s coming from. Crowdfunding is apparently something mostly done in Europe and North America; the two account for 96 percent of crowdfunding payments.

Statista used data from research firm massolution for this infographic. The firm predicts that money spent on crowdfunding could reach $5.1 billion in 2013. We’re optimistic about that, too. 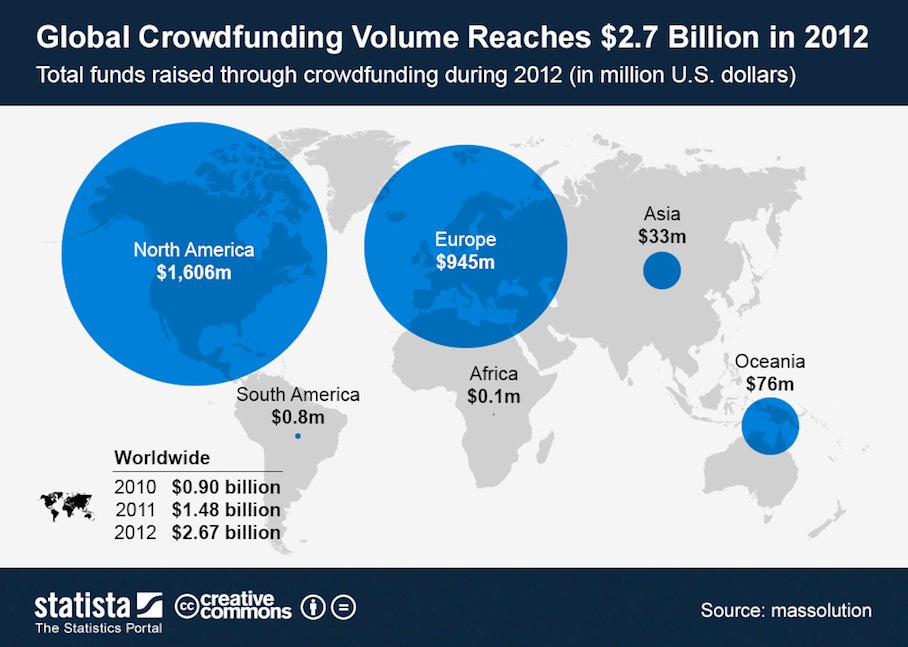 Crowdfunding By The Numbers