No need to peel them off 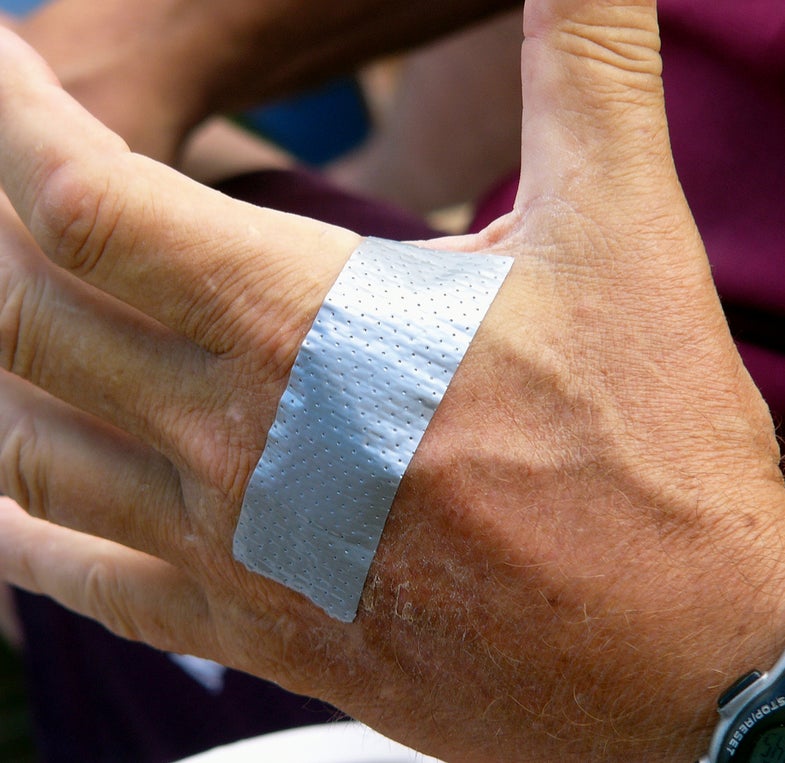 Finely spun starch fibers woven into a bandage could dissolve on your skin and be absorbed by your body, eliminating the sting and hassle of ripping it off in one fast motion. Starch fibers could also be used to produce toilet paper, napkins and other biodegradable products, according to researchers at Penn State.

Food science researchers dissolved starch into a fluid, then spun it into long strands that can be woven into mats, according to a university news release. Anyone who has ever dissolved starch in water knows it can have some awesome physical properties, but the resulting thick paste is not that useful beyond a fun experiment or maybe thickening some soup.

To spin it into thin threads, the Penn State researchers added a solvent to help the starch break down more readily. The solvent allowed it to maintain its molecular structure, and the researchers used an electrospinning device to spin the material into long strands. The fibers could then be woven like any other fiber into a wide range of materials, from bandages to paper.

If they’re used as a bandage, the starch fibers could simply degrade into glucose after some time and be absorbed by the body, according to grad student Lingyan Kong, who led this research. No more ripping off a Band-Aid. The fibers could serve other functions where other polymers, like cellulose or petroleum-based plastics, are typically used.

The research was supported by the U.S. Department of Agriculture and now the Penn State team is applying for a patent.