Today in pretty space pics: Hubble snaps the northern half of spiral galaxy NGC 981 in profile. The central galactic... 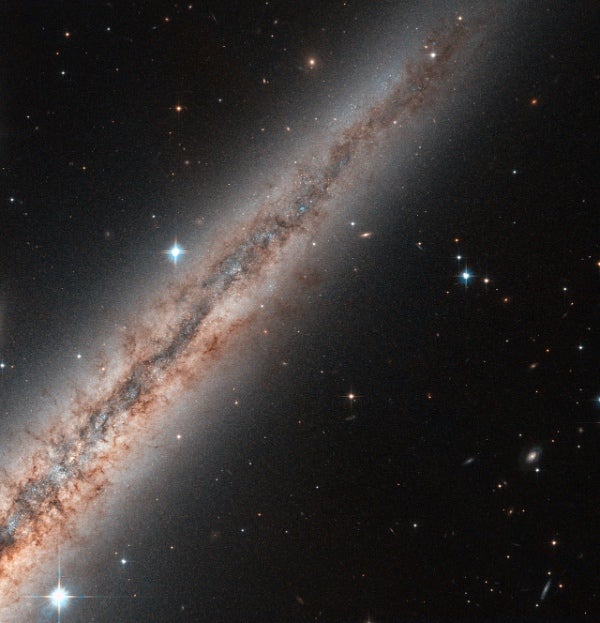 Today in pretty space pics: Hubble snaps the northern half of spiral galaxy NGC 981 in profile. The central galactic bulge is just out of frame to the lower left, leaving us with a close-up spanning roughly 100,000 light years that lets us look right through its plane of gas and dust.

Situated some 30 million light years from Earth, NCG 891 belongs to the constellation Andromeda and was long thought to be very similar to our own Milky Way galaxy. But on closer inspection–the kind of inspection enabled by images like these–astronomers have found that filaments of dust and gas stretching hundreds of light years out of the plane suggest that material is being ejected violently from the galaxy–either by supernova or by some serious star-birthing activity.

The brighter stars you see are actually in the foreground and belong to the Milky Way. To the lower right you can actually see some distant elliptical galaxies. The image was captured with the Hubble Space Telescopes Advanced Camera for Surveys.