If you’re a soldier suspecting an ambush, you probably don’t have much time to spare, and you definitely can’t afford... 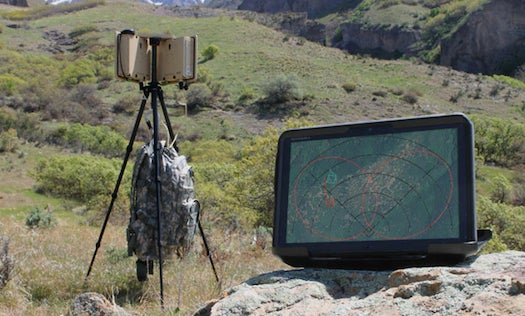 If you’re a soldier suspecting an ambush, you probably don’t have much time to spare, and you definitely can’t afford to be carrying any unnecessary weight. That’s why so much military tech involves shrinking whatever’s portable, and why, now, a company has thrown its radar-in-a-backpack into the ring.

The SpotterRF M600C weighs four pounds, uses just 10 watts of energy, and looks like the headrest on the driver’s seat of a jalopy (which is a good thing). If ambusher or otherwise comes within 150 acres, the system tracks it, no matter what the weather conditions are.

Besides the weight advantage, it’s also simple. There are no moving parts on the M600C, and manufacturer SpotterRF claims a soldier can learn to use it in 30 to 60 minutes.

If you ever end up in a “Most Dangerous Game”-type situation, the radar backpack kit would be a worthy investment. It comes with two of the M600Cs–important, since each mini-radar unit only tracks within a 90-degree angle. It can connect to Google Earth, FalconView, or RaptorX via an Android tablet to follow the radar feed, and the kit comes with the tablet, a battery, network hub, cables, backpack (of course), and a tripod for setting it all up.

Still, unless you’re going to be in an overly serious hide-and-go-seek competition, it’s tough to say what non-military purpose this might have, other than being a neat toy.