And Yet… And Yet…

Do we really gain anything from the ceaseless profusion of data? 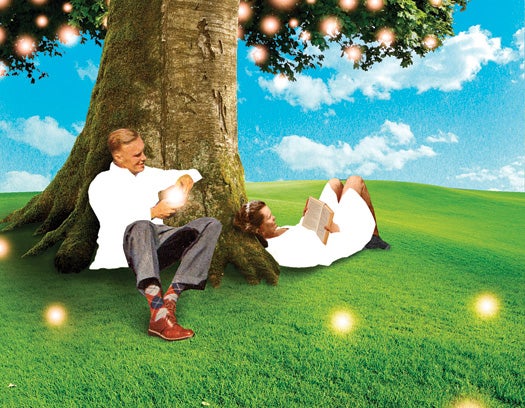 I should perhaps begin by saying that I am as big a fan of the Net and the Web and the whole expanding “information universe” as anyone you are likely to meet. I find myself online all the time, mining for data, merrily skipping from one site to the next, passing the time of day after day (and night after night) in scattershot dalliances (sampling this and sampling that in a virtual delirium of free association), deploying my trove of finds in ever more elaborate collages of discovery (or is it recovery?) of my own. And yet… and yet…

As a professional storyteller, I suffer the occasional compunction, a tug of misgiving about the whole existence of that vast cloud of data, as we’ve all now taken to calling it—its character, its purpose, its implications. For starters, that very word. Should such an exponentially compounding explosion of data even be likened to anything so comforting as a fluffy lamb-white “cloud”? Isn’t it more like a churning volcanic eruption, a great seething spewing-forth of material – an upwelling vision so mesmerizingly beautiful in itself, granted, that we can hardly take our eyes off it (that is, perhaps, till the heat blast comes and sweeps us away)?

Isn’t the cloud more like a churning volcanic eruption?My misgivings, though, are more than merely linguistic. There is as well, for example, the problem of the insubstantiality of that entire digital spew, its sheer desperate impermanence. Nothing in this world, of course, has ever been completely permanent; still, it seems that across the centuries the means by which we preserve our data have been becoming less and less so with each passing iteration. (“When it comes to permanence,” as my friend Blaise Aguera y Arcas, the founding force behind the photo-stitching application Photosynth, is fond of saying, “the Rosetta Stone is the Rosetta Stone—and it’s been all downhill since then.”)

It’s not just that hardware keeps getting replaced, such that yesterday’s delivery devices are superannuated to the point where one no longer has equipment capable of decoding old cassettes, floppy discs, zip drives, or even those lovely vinyl records uselessly arrayed in the cupboard below your CD player (assuming, that is, that you still have a CD player). There’s also the relentless “progress” of software. When the Y2K crisis was pending, there was barely anyone left who sufficiently understood how to program COBOL—old geezers had to be pulled from retirement to worry out code deposited just a few decades earlier. And don’t even get me started about my WordPerfect files from less than 10 years ago.

Which, of course, is where the cloud comes in, or so its proponents assure us. No need to worry anymore about the grossly material question of equipment. The information will live on in multiple, continually upgraded domains. And the software? Why, that too will be continually upgraded. Only the data will remain consistent, an eternal form maintained within the roiling cloud.

And yet… Why should the cloud behave any differently than every other conceptual/technical breakthrough has so far? Consider, for example, the case of my friend Erin Hogan, who some years ago posted a marvelous piece about the paintings of Barnett Newman on a website called Artkrush. The other day, she wanted to refer back to the piece, so she went to the Artkrush site, but it had ceased to be. The original “draft” of her essay is on a hard drive from three computers back. The piece had migrated to a cloud of an altogether different order, and it lives (if at all) with the Choir Eternal. Can anyone doubt that similar sorts of problems will afflict anyone wanting to go back and review a favorite Kindle title five years from now? Who knows how long Amazon itself will continue to exist before it gets superceded by the next great killer-app store? Netscape, anyone? 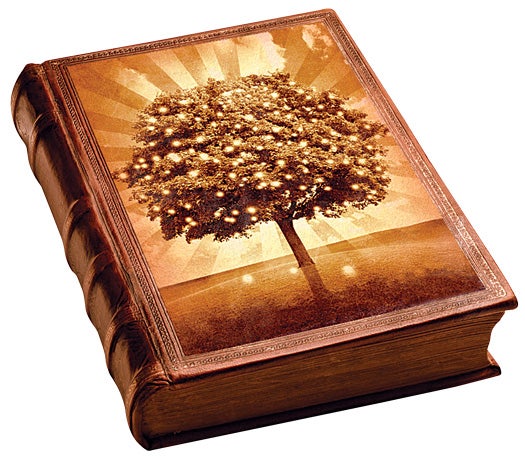 Back when I was in college, in the early 1970s, I confronted an earlier version of this misgiving: the fallacy of the slide carousel. Our art history course had arrived at Mark Rothko, and as our professor rifled through a carousel of slides tracing the arc of the great Abstract Expressionist’s entire trajectory, one could indeed see the colors in those paintings slowly congealing across the first half of Rothko’s career into that signature vertical pile of four and three and then just two color-saturated diaphanous cloud-forms, hovering one atop the other, and how the colors continued transmuting over the decades, how they gradually grew darker and darker, starker and starker, finally arriving by the very end at that brooding black over a knife-edge white horizon: suicide. There, that was Rothko. Which was fine as far as it went, except that I couldn’t help but think how if one had instead been confronted with the canvases themselves, one would have been forced to tend to them one at a time, and presently to one uniquely (there are days, on my museum walks, when I can hardly endure more than one, such is their commanding power). The canvases, as material objects, would have objected to such cavalier rifling.

(Some years later, I had occasion to meet another artist, Robert Irwin, who for the first several decades of his career forbade any photo documentation of his work at all, on the grounds that a photograph could capture everything the work was not about and nothing that it was—which is to say, it could approximate the image but never convey its presence.)

And this is a problem, a species of category confusion, that is exponentially aggravated on the Web. At least before each new lecture, someone had to hold the slides in his hands, awkwardly, momentarily fumblingly, so as to be able to reorder them into the carousel. Yet even that minimal trace of persistent objecthood is obviated on Google Images (notwithstanding all that service’s other charms and conveniences).

In a similar vein, Adam Thompson, a digital designer, once commented on the way that “people who would never dream of shoplifting a CD from a music store give no thought to downloading entire albums” off the Web. Bracketing for a moment the question of the morality or lack thereof of such behavior (culture wants to be free, etc.), the thing I want to focus on here is that throwaway phrase “give no thought.” Because it seems to me exactly right. The behavior is literally not worth a thought (data always tending toward the condition of weightlessness).

The opposite of such a posture toward the world would be one in which things mattered. As in: “What’s the matter?” “Why does it matter?” “This stuff really matters to me.” Matter as in mater (mother, the root as well of the word “material,” and hence back to substantial, the opposite of insubstantial).

Another way of trying to get at what sometimes troubles me about this endlessly proliferating profusion of discrete bits of data is to compare the experience of encountering information, say, on the Web (still the most common and efficient portal into the cloud) with that of encountering it in books. For they provide two fundamentally different sorts of experiences. Books are centripetal, whereas the Web is centrifugal. Books draw you in, whereas Web pages hurl you forth and out (by way of all those irresistible links).

“The storm drives him irresistibly into the future, to which his back is turned.”The Web, as we have seen, is immaterial (opening, as it now does, into a cloud). Books, in contrast, are not just substantialthey are substantial in a particular way: They have a spine, which in turn implies a pair of outstretched arms and an enfolding embrace, or at the very least a dance.

Books force you to enter into a kind of I-Thou relationship—approaching, as the poet Rilke once parsed matters, the “more human love” that “consists in the mutual guarding, bordering and saluting of two solitudes.” The Web occasions a sort of frenzy of rebound, a swirling frottage with the many (albeit one that is almost solipsistically onanistic).

As a writer of articles and books, I go to great pains to pace my argument, choosing my words exactly and layering the progression of my argument, feathering in subtle rhymes and the like. And I don’t appreciate it when somebody comes divebombing in from out of the cloud for a few choice phrases and, whiz-bang, is already gone. And nor should you, as a reader of articles and books, imagine that you are engaging anywhere near the full force of my or anyone else’s argument when you come careering in and out like that.

And yet… and yet… Has there ever been a greater boon to a lover of books (and often the long out-of-print titles that are the very nectar of the passion) than the Web—AbeBooks and all the other used-bookstore cooperatives? As I say, when it comes to the utopian claims of digital data, I remain stoutly, adamantly of two minds.

Two minds whipped and countersawed by the increasingly frenzied passage of time. When I contemplate the great churning cloud, I’m reminded of a passage in Walter Benjamin’s Illuminations, in which the sublime Weimar-era elegist takes to anatomizing a delicate drawing by his friend the artist Paul Klee of what he infers to be the Angel of History. “His face is turned towards the past,” Benjamin surmises. “Where we see the appearance of a chain of events, he sees one single catastrophe, which unceasingly piles rubble on top of rubble and hurls it before his feet. … He would like to pause for a moment… to awaken the dead and to piece together what has been smashed. But a storm is blowing from Paradise, it has caught itself up in his wings and is so strong that the Angel can no longer close them. The storm drives him irresistibly into the future, to which his back is turned, while the rubble-heap before him grows sky-high. That which we call progress, is this storm.”

That passage, in turn, has always reminded me of a story Hermine Wittgenstein tells in her memoir about a time when her brother, the great philosopher Ludwig, was preparing to give it all up to go teach elementary school in some backwater of the Austro-Hungarian empire. Couldn’t he see, she demanded, what a waste such a bizarre resolve entailed? To which he shot back, “And you remind me of someone looking through a closed window unable to explain the strange movements of a passerby; unaware that a storm is raging outside and that the person is only with great effort keeping himself on his feet.”

And you, fond reader, Thou to my I, how are you experiencing the traction nowadays? What, if any, purchase do you still have on solid ground?

Lawrence Weschler, director of the New York Institute for the Humanities at New York University, is the author of many books, including Everything That Rises: A Book of Convergences_ and, most recently,_ Uncanny Valley: Adventures in the Narrative.