Video: The Next American Space Vehicle Gets Dunked

Aren't you jealous? Look at that cool, clear water ... 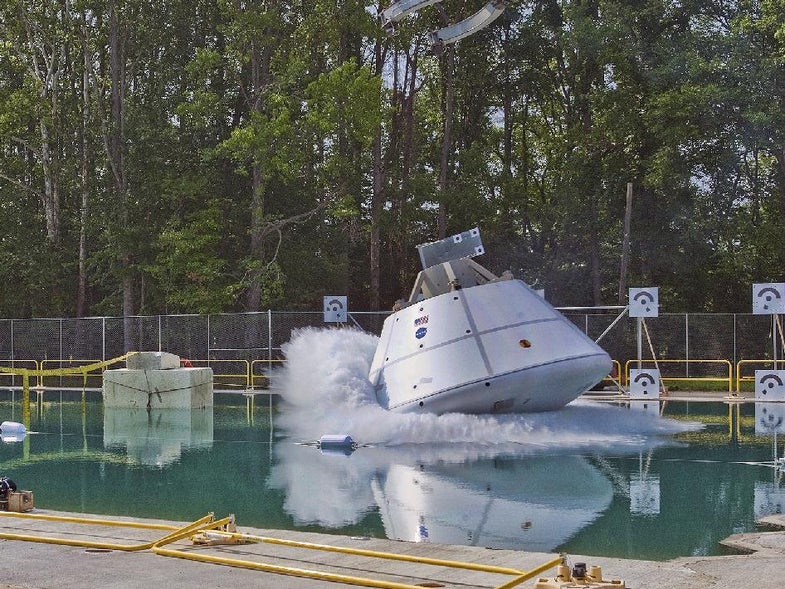 The beautiful final landing we watched yesterday was a last in more ways than one — with the exception of a couple tourist space planes, next-generation spacecraft will not land on runways. Instead they’ll splash down in the ocean a la Apollo, Mercury and Gemini.

NASA just completed building a million-gallon pool to test these splashes, and managers have been dunking a test model of the space agency’s next crew vehicle.

The Orion Multi-Purpose Crew Vehicle “boilerplate test article,” which weighs 22,700 pounds, is attached to a special gantry — think of a person swinging on a rope out over a lake — and dropped into the Hydro Impact Basin. In the video below, it was going about 24 mph at impact.

The $1.7 million Hydro Impact Basin will help prove that the Orion capsule can withstand a splashdown. Other future space capsules will also be tested in this manner.

NASA is planning additional drop tests at higher speeds throughout the summer. 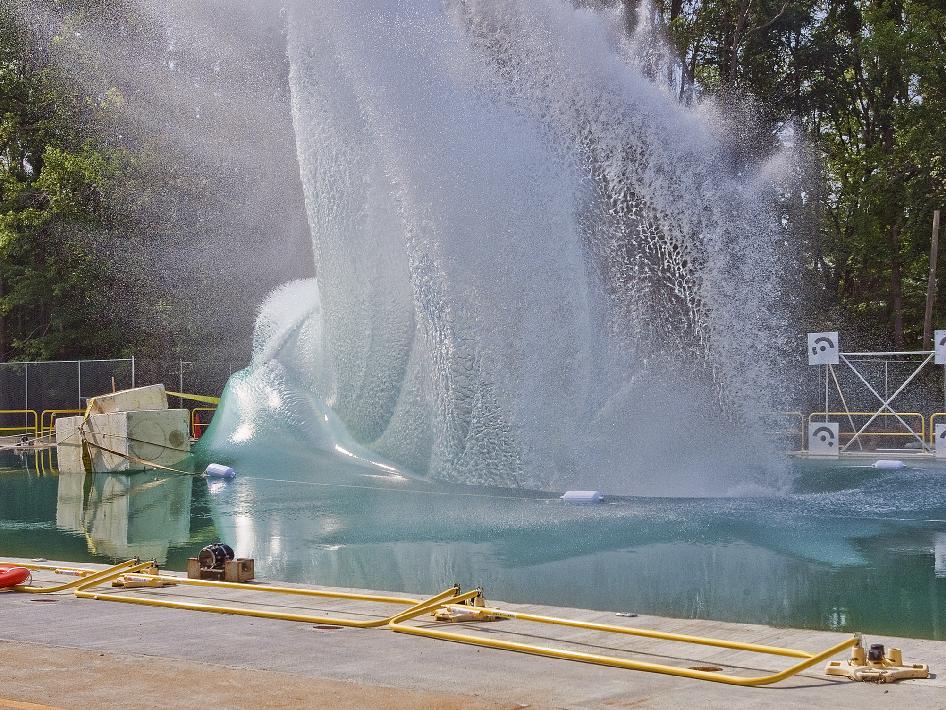