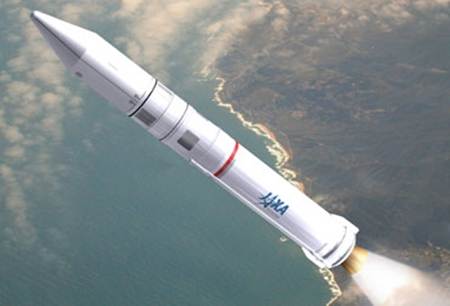 Artificially intelligent rockets could perform self-diagnostics and self-repairs, lowering the cost of future space launches. The Japanese Aerospace Exploration Agency is working on an intelligent rocket to supplement its current lift vehicle, and it would be cheaper and simpler to use, engineers say.

Most spacecraft have intelligent capabilities, like adjusting their trajectories, evaluating their status and deciding whether to conduct tasks, and putting themselves in safe mode when something unexpected happens, among others. Last year, NASA uploaded software onto the Opportunity Mars rover that allows it to decide for itself which rocks it should investigate.

But so far, rockets are nothing better than automated. They can notify engineers when something is wrong, but they can’t do anything about it. Most designs still use decades-old technology, and as such are “a showcase of deficiencies,” as Yasuhiro Morita, project manager for the new Epsilon rocket, said in a JAXA news release.

Epsilon would be able to check itself out, find out what caused a malfunction, and in some cases, fix itself, according to TechNewsDaily. One example could be electrical currents that control the rocket thruster’s orientation, which controls its direction. Intelligent rocket systems could guard against electrical surges, or correct for them to make sure the rocket doesn’t go off course.

Epsilon is a three-stage solid fuel rocket intended for light to medium-sized payloads, which would mostly consist of science spacecraft. Its first mission will be 25 percent cheaper than a comparable launch on Japan’s M-V rocket.

Perhaps it will decide for itself which asteroid to go hunting next.