China, already outpacing the U.S., Japan and many European countries in the expansion of their railway system, has begun testing... 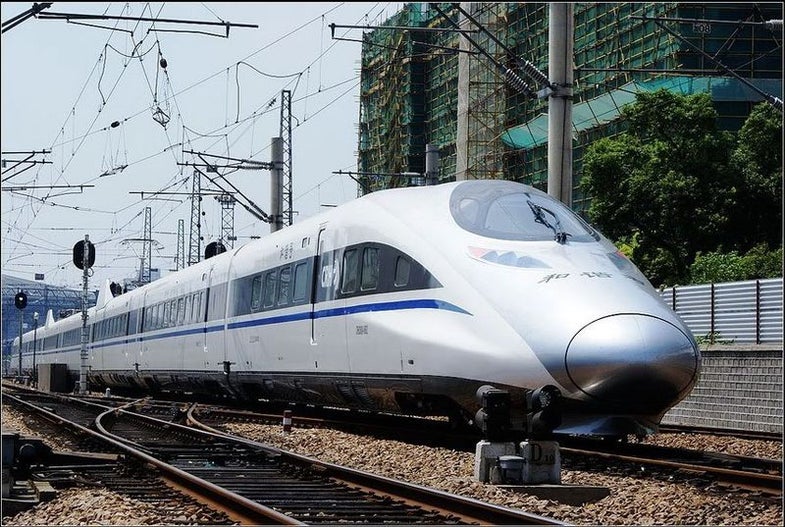 China, already outpacing the U.S., Japan and many European countries in the expansion of their railway system, has begun testing an even faster high-speed train, clocking in at 258.86 miles per hour during a trial run on Tuesday.

The new train will operate between Shanghai and Hangzhou, the capital of East China’s Zhejiang province, and is expected to start regular service next month October.

Although China has the most high-speed railway lines in the world, covering over 4,300 miles, the response to the high-speed train, particularly on the Shanghai to Hangzhou route, has been lukewarm, owing in part to fares almost twice the cost of traditional trains and the complaint that frequent stops negate the benefit of moving quickly between them.

Hopefully cranking the speed will make it more agreeable to Chinese commuters, though the outlook might be more grim for China’s fauna.

CORRECTION: The IB Times has printed a correction to their original report that China’s new train set a world speed record. The high-speed train record set in April 2007 by the French TGV at 357 mph still stands.