As conflicting visions for NASA’s future continue to generate gridlock in Washington D.C., the Russians are investing $800 million in... 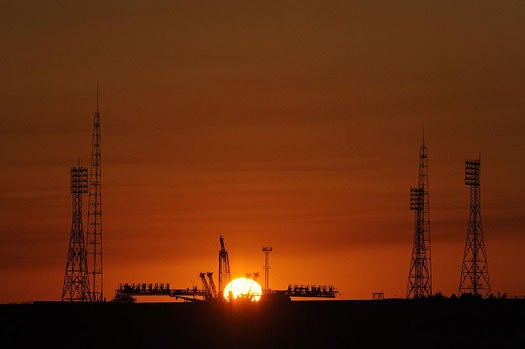 As conflicting visions for NASA’s future continue to generate gridlock in Washington D.C., the Russians are investing $800 million in a new spaceport in the country’s far eastern region. The spaceport, which will relieve the traffic at the Soviet-built Baikonur launch site in Kazakhstan, is aimed at fostering the growth of Russia’s commercial space industry, and should be launching unmanned flights by 2015.

The site will be smaller than Baikonur, which is the largest and oldest launch facility on the globe, but it will boast brand-new launch pads, a cutting-edge residential complex, and updated research facilities clustered within the 270-square-mile site. Up to 30,000 specialists could be brought in to build the new cosmodrome.

But the cosmodrome is just a start for Russia’s new space ambitions. The U.S.’s old space rival plans to nurture its own private space industry while at the same time building state-owned next-gen deep space launch vehicles and crew capsules. The cosmodrome will augment the development of private industry, the space agency’s deputy chief says, because it will ensure the stability of the Russian space industry by centering it on Russian soil.

The first launch will take place as soon as the facility is completed in 2015, with its first manned flight slated for 2018.