With New Quantum Encryption Scheme, Messages Can Only Be Read in Designated Geographical Location

If information is power, then encryption is the key to the kingdom. Last week Toshiba tested a quantum broadband link... 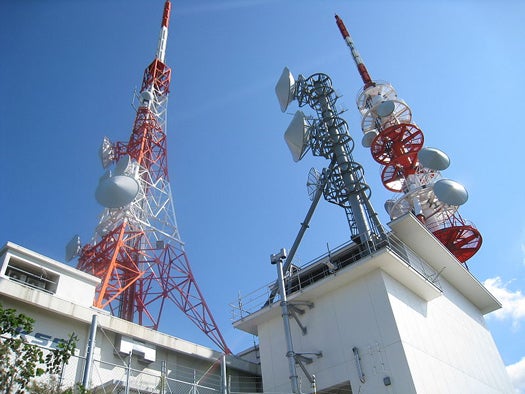 If information is power, then encryption is the key to the kingdom. Last week Toshiba tested a quantum broadband link so secure it’s theoretically unbreakable. Now a researcher at the University of New South Wales in Sydney has devised an even more sophisticated quantum scheme that ensures that only a recipient standing in precisely the right location can receive a message.

For mobile communications the scheme doesn’t work so well, but for parties that need to send highly secure data between two fixed points it adds an extra layer of security that lets both parties rest easy knowing their information made it to the right place untouched. Banks, for instance, could send messages between one another knowing that recipients must physically be in a certain rooms to receive the encrypted data.

Quantum communications work by encoding data into strings of photons, each of which has a quantum twin. One string is beamed from sender to recipient either through the air or via optical fibers. A key for decoding the message is then sent via normal wireless communications. If anyone messes with the photon string en route, the quantum twin will exhibit evidence of the tampering, alerting the sender.

If anyone attempts to pose as the recipient somewhere along the line of transmission, that third party will have no way to coordinate the confirmations properly, and the sender will immediately be alerted to the fraud. There would also be a slight mis-coordination at the recipient’s end that would alert him or her that someone is eavesdropping.

A team of three data thieves might be able to take up three positions near the receivers, but even then it would be impossible to decode the photon chain (it can’t be copied) and coordinate the confirmations properly enough to fool the sender. In order to steal the signal, a third party would have to physically infiltrate a presumably secured room in the recipient bank with a quantum receiver in tow, then somehow escape with the message undetected. Which is entirely possible, but we don’t want to give away too much more of our upcoming script for_ Ocean’s 14_.