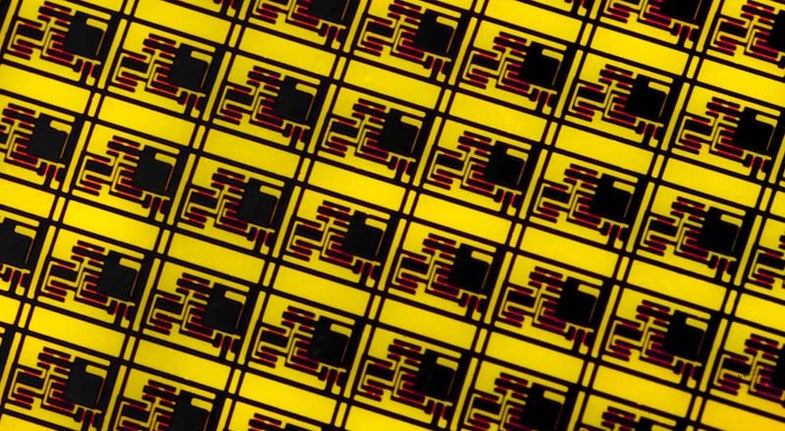 Getting a cardiac map of the electrical activity coursing through a live, beating heart has proven impossible until now. For the first time, researchers have monitored the pulsing hearts of living pigs in real time, by wrapping a flexible array of silicon-based sensors around the heart. This could lead to minimally invasive treatments of arrhythmic hearts with erratic beats.

The sensor array can map large areas of the heart with more than 2,000 silicon nanomembrane transistors. Such a technique could replace current heart-monitoring tactics that require many rigid, flat sensors and electrodes, which can only create a patchwork, point-by-point map of the heart.

Researchers at the University of Illinois and Northwestern University managed to build the flexible circuits with single-crystal silicon based on stretchy material such as plastic or rubber. The ultrathin silicon layer allowed for folding and bending of the typically rigid semiconductor material.

The biocompatible circuits are also the first to work without problems when immersed in precious bodily fluids. That allowed a University of Pennsylvania team to install the stick the sensor arrays on living pig hearts — they apparently attach and detach easily without the need for extra adhesives. Even better, the heart stayed inside the pig. 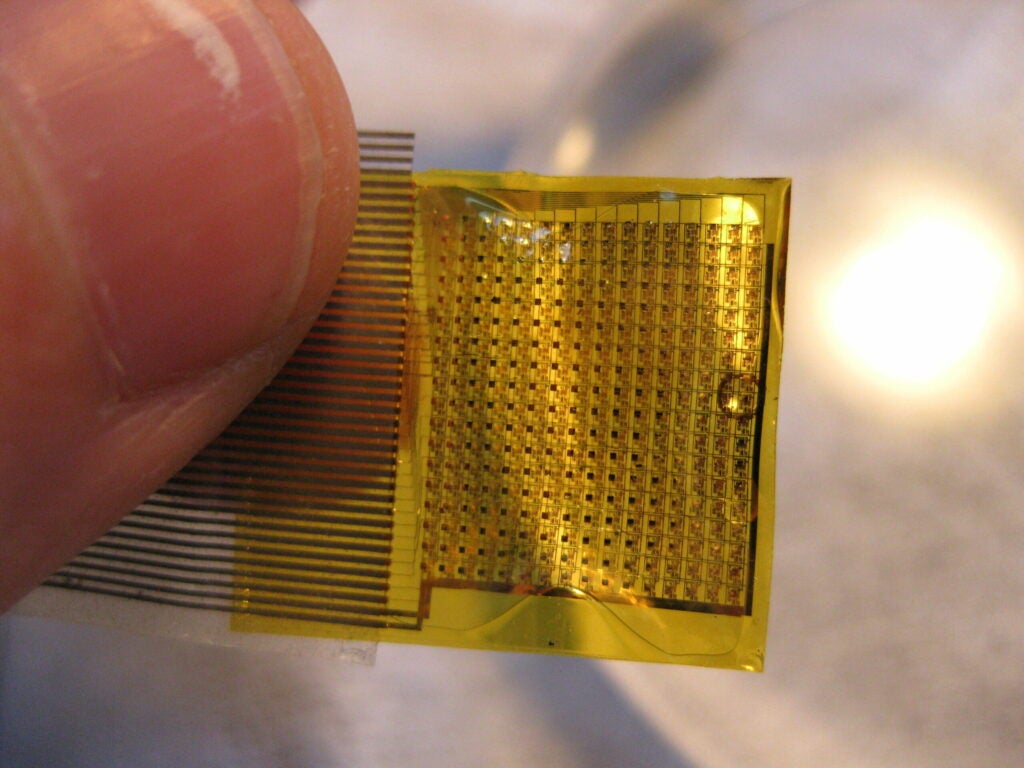 Give me my salty heart bath

This remarkably simple interface between electronics and the human body opens up all sorts of avenues, said John Rogers, a materials scientist and engineer at the University of Illinois. His colleagues and the University of Pennsylvania team want to figure out how to use the technology with non-invasive catheter procedures that reach the heart by snaking through blood vessels.

Neuroscience may also benefit from the more easily-attachable electrical monitoring. Sensor grids could replace traditional electrodes in monitoring the brain for unusual electrical activity such as epilepsy.

We’ve looked at other novel heart-monitoring devices recently, such as the magnetometer that measures the heart’s magnetic field rather than directly detecting electric pulses. But we’d expect to see more from the flexible, silicon-based sensor array in the near future, or at least more devices that take a cue from its achievements.