U.S. Wargamers Wrap Up Massive Cyberattack Drill: “We Are Not Prepared”

Washington insiders recently sweated out a real-time war game where a cyberattack crippled cell phone service, Internet and even electrical... 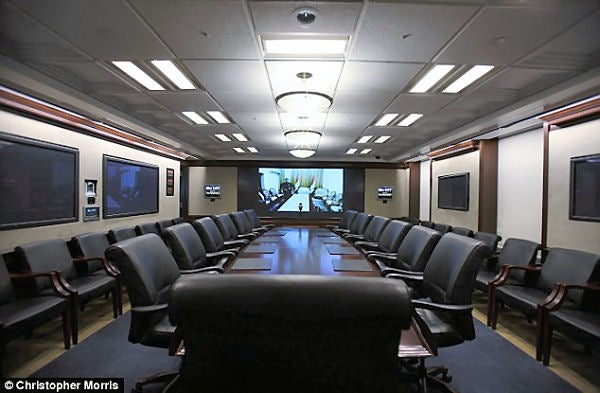 Washington insiders recently sweated out a real-time war game where a cyberattack crippled cell phone service, Internet and even electrical grids across the U.S. The unscripted, dynamic simulation allowed former White House officials and the Bipartisan Policy Center to study the problems that might arise during a real cyberattack emergency, according to Aviation Week’s Ares Defense Blog.

The Policy Center’s vice-president reports “”The general consensus of the panel today was that we are not prepared to deal with these kinds of attacks.”

The nightmarish scenario that unfolded represented a worst-case example. As former secretary of Homeland Security Michael Chertoff noted, many cyberattacks can be stopped if individual cell phone or Internet users simply follow the best practices and use the right tools. Similarly, another participant pointed out that private Internet companies would not sit idly by as a virus ran amok.

A collapse of power across the U.S. also only took place when the simulation brought in factors such as high demand during the summer, a hurricane that had damaged power supply lines, and coordinated bombings that accompanied the cyberattack and subsequent failure of the Internet.

Still, the war game highlighted crucial issues about the government’s own reliance upon communications that might go down during a real-life scenario. One of the biggest problems was how the President ought to respond to a situation that caused damage like warfare but lacked an immediately identifiable foreign adversary. Smaller-scale cyberattacks have already complicated real-world diplomacy, such as the alleged Chinese cyberattacks on Google and other U.S. companies.

Ares Defense Blog questioned a curious missing element from the simulation, in that there was no mention of what happened to phone or Internet service in the rest of the world. Surely a nation that decided to launch cyberattacks against the U.S. would take safeguards to protect its own crucial communication services, which would possibly help U.S. officials narrow down the list of suspects.

Another question seemed more mundane but equally important — how would the government activate the National Guard with cell phone service down?

The Pentagon’s DARPA science lab recently pushed for a “Cyber Genome Program” that could trace digital fingerprints to cyberattack culprits. But identifying whether a cyber attack came from individual civilians, shadowy hacker associations or government cyber-warriors has proven tricky in the meantime.