The difficulty of supplying remote outposts across rugged terrain has contributed to many of the deadliest moments in the Afghan... 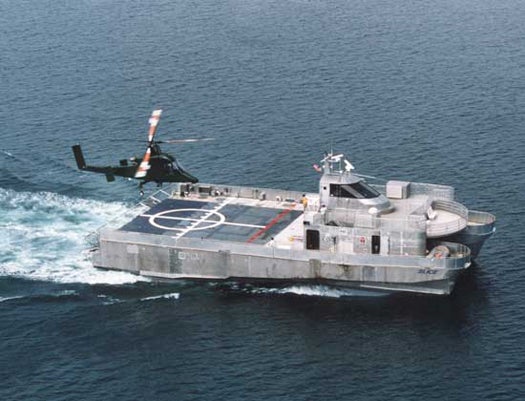 The difficulty of supplying remote outposts across rugged terrain has contributed to many of the deadliest moments in the Afghan War, by preventing the delivery of weapons and ammo to engaged soldiers, forcing supplies to travel over dangerous roads, or turning helicopters into vulnerable targets. Last June, the Marines put out a call for a helicopter UAV to solve those problems. Now, with a successful demonstration at Utah’s Dugway Proving Grounds, the Marines might have found their robocopter.

In the demonstration, a modified K-MAX helicopter moved 3,000 pounds across 600 miles, in under six hours. The K-MAX, built by Kamen Aerospace, is a single-seat helicopter designed specifically to carry cargo externally slung beneath the craft. For the Marines, Kamen simply removed the crew cabin, and transformed the helicopter into a UAV.

Even more impressive, the UAV performed the mission with almost no hands-on control. A ground operator only adjusted the flight path at the request of Marine observers who wanted to see what the chopper could do. Otherwise, the UAV flew the entire mission on programming.

Most importantly though, this program is both cheap and fast. At a cost of only $860,000 per UAV, and with the technology ready to hit the Afghan skies today, the Marines can get these birds in the air as quickly as possible. And for the grunts waiting for supplies, driving in those supplies across IED-laden paths, or flying them in through treacherous canyons, a robotic replacement can’t arrive soon enough.