Boeing’s laser weapons have already shown the power to blast aerial drones from the sky, but may find even more... 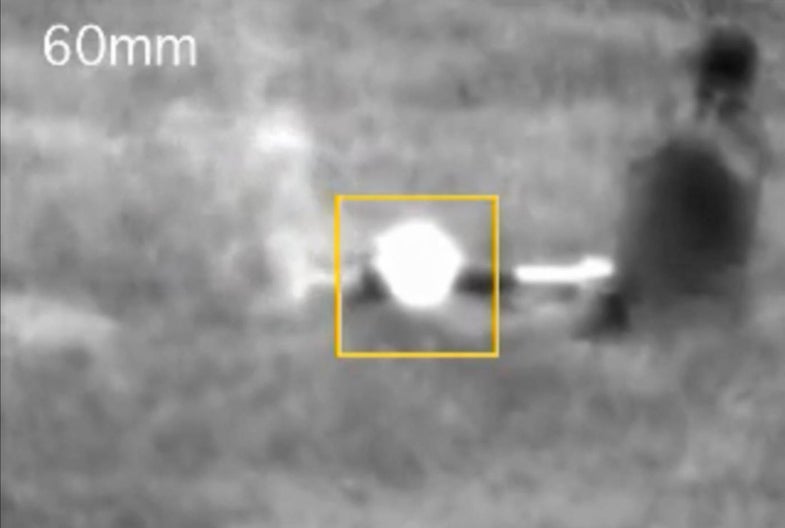 Boeing’s laser weapons have already shown the power to blast aerial drones from the sky, but may find even more immediate use in detonating roadside bombs, which are a top killer of soldiers deployed in Iraq and Afghanistan. A newly unveiled video shows the company’s truck-mounted Laser Avenger destroying two improvised explosive devices (IEDs) during a series of 50 test firings that took place at Redstone Arsenal in Huntsville, Alabama last September, according to OptoIQ.

The full tests involved setting off different artillery munitions, bomblets and mortar rounds. This latest video clip shows Laser Avenger focusing its hot stare on two different IEDs from far-off and destroying them — a huge advantage for soldiers who can detonate potential threats from the safety of their armored vehicles. Laser Avenger combines a directed energy weapon with a 25-millimeter machine gun, and represents just one of the truck-borne lasers that Boeing hopes to field.

Boeing has also experimented with airborne lasers that can take out ground vehicles and even knock out missiles in flight. We might have to start making flowcharts to keep all the laser-weapon family trees straight.