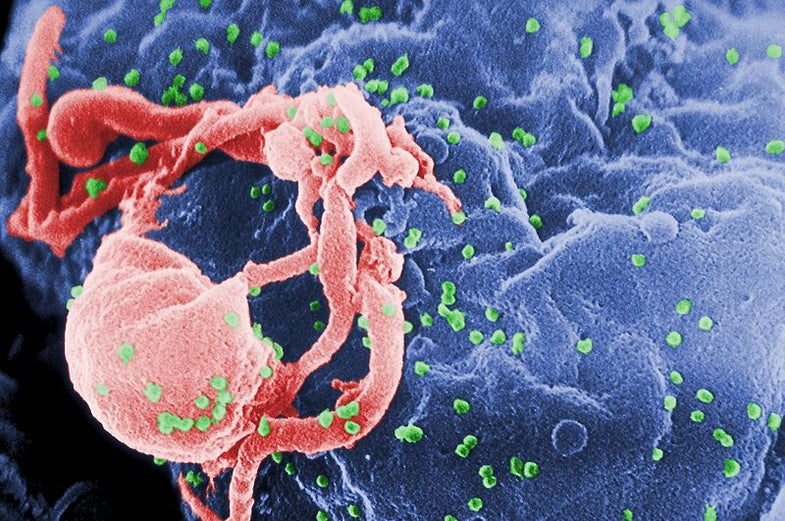 Testing AIDS vaccines can get ethically tricky in human volunteers. That’s why MIT has engineered a more “humanized” mouse that has human immune cells, and could become the experimental model of choice involving vaccines for AIDS and other diseases.

The lab mice now display a wide array of human immune cells for the first time. Among the cells are Natural Killer (NK) cells that seek and destroy infected cells, as well as macrophages and dendritic cells that can swallow pathogens or recruit more immune cells to the fight.

Such humanized mice allow scientists to “study immune response to pathogens that you can’t give to people,” said Jianzhu Chen, an MIT biologist leading the effort.

Scientists previously created mice with just B and T cells by injecting them with stem cells from human umbilical cord blood. But Chen and colleagues at the Singapore-MIT Alliance in Research and Technology realized that they needed small protein messengers called cytokines to encourage cord stem cells to become specialized NK cells and macrophages.

Rather than inject the mice with cytokines, the MIT team simply delivered a single dose of human genes that could make cytokines. The mouse livers incorporated the human genes and soon began producing human cytokines and NK cells.

Chen’s group hopes to next boost the number of stem cells created from a single umbilical cord — one cord currently provides cells for about 10 mice. The scaling-up process should provide enough genetically identical mice for huge vaccine studies, and allow scientists to test only the most promising vaccines in humans.

This should certainly come as welcome news for researchers, who have struggled with the trials and tribulations of certain AIDS vaccines over the years.