Google has broadened its horizons beyond the average Internet search company by launching its own Android phone, working on smart-charging... 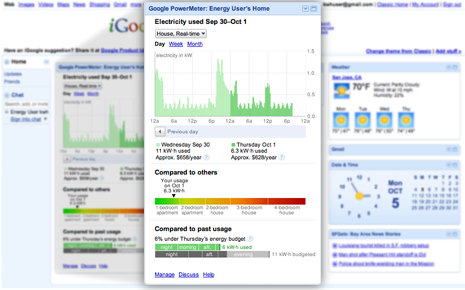 Google has broadened its horizons beyond the average Internet search company by launching its own Android phone, working on smart-charging electric cars, and playing with quantum computing. They also have a small contest called the Google Lunar X Prize. So perhaps we’re not too surprised to hear that the newly launched Google Energy, a subsidiary formed last month, has applied for federal approval to buy and sell power, the New York Times reports.

The move supposedly will help Google have more flexibility in buying renewable energy for its data centers. But approval from the Federal Energy Regulatory Commission would also allow Google Energy to sell surplus energy on the usual markets.

Google also has the stated goal of ultimately making renewable energy cheaper than coal. The company’s green energy czar, Bill Weihl, told the New York Times that Google hopes to bring its culture of innovation to bear on three technology areas that could boost renewable energy: concentrated solar thermal, enhanced geothermal and high-altitude wind. In that spirit, the company has invested in a number of smaller startups in those areas.

Given the energy challenges facing the U.S. and the world, it’s not a bad way to kick off 2010.