Just plunk down $225,000 at a Japanese department store and get your own robot twin 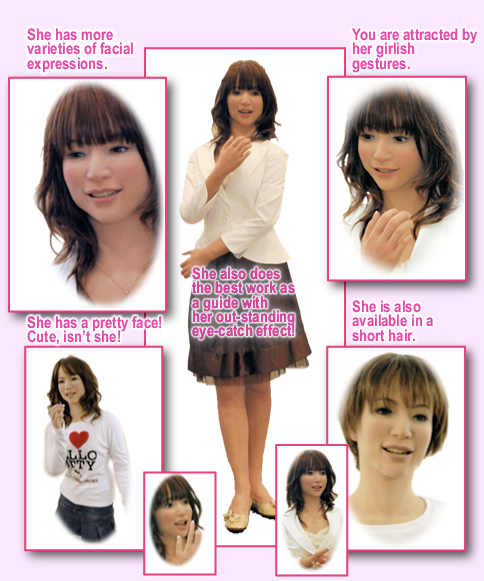 Japan’s obsession with robotics has led to one of the ultimate sci-fi fantasies (or nightmares): life-size robots customized to look like you and speak in your own voice. The department store Sogo & Seibu wants to deliver that dream to any interested customers starting as soon as next month, but first it plans to test the waters by making this an exclusive two-robot deal. If more than three buyers show interest in having robotic doppelgangers, a lottery system kicks in.

Each robot twin is made of silicone and will only be able to move its upper body. So unlike Dwight of The Office, you won’t have to request a six-foot extension cord that prevents the robot from chasing you.

The new lookalike bots come courtesy of robot-manufacturer Kokoro, which has showcased its androids at past robot expos. In this case, buyers can also supply their own recorded voices to ensure that their robot twin comes armed with witty repartee.

This still seems a far cry from the freaky fembots of the revisionist Stepford Wives and Austin Powers, not to mention the classic Metropolis. So as long as you have $225,000 to spend for an “actroid,” feel free to knock yourself out — if boredom takes over, you can always stuff the robot into a Santa suit.