Quantum computing has long dangled the possibility of superfast, super-efficient processing, and now search giant Google has jumped on board... 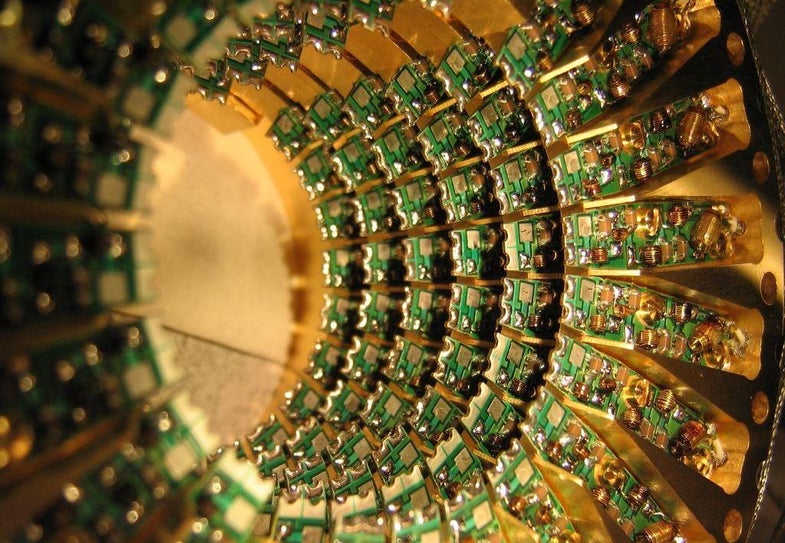 Quantum computing has long dangled the possibility of superfast, super-efficient processing, and now search giant Google has jumped on board that future. New Scientist reports that Google has spent the past three years developing a quantum algorithm that can automatically recognize and sort objects from still images or video.

The promise of quantum computing rests with the bizarre physics that occurs at the subatomic level. Different research teams have worked on creating quantum processors that store information as qubits (quantum bits), which can represent both the 1 and 0 of binary computer language at the same time. That dual possibility state allows for much more efficient processing and information storage.

To take an example cited by Google, a classical computer might need 500,000 peeks on average to find a ball hidden somewhere within a million drawers. But a quantum computer could find the ball by just looking into 1,000 drawers — a nice little stunt known as Grover’s algorithm.

Google has been using a quantum computing device created by D-Wave, a Canadian firm. But a lack of information about how D-Wave’s chip works has led to outside skepticism regarding whether it does indeed count as a quantum computer.

“Unfortunately, it is not easy to demonstrate that a multi-qubit system such as the D-Wave chip indeed exhibits the desired quantum behavior and experimental physicists from various institutions are still in the process of characterizing the chip,” wrote Hartmut Neven, head of Google’s image recognition team, on the Google research blog.

Whatever D-Wave built has apparently worked for Google. Neven described a new algorithm based on the work of MIT that can sort images of cars from among 20,000 photos faster than anything running in a Google data center today — although the team first trained the algorithm by hand-labeling cars in a test photo batch.

Google’s image recognition team has previously made its algorithms work for better online image searches and automatic photo organization. Perhaps we shouldn’t be too surprised that the Google folk have also delved into quantum computing, or at least something much faster than existing classical computing.