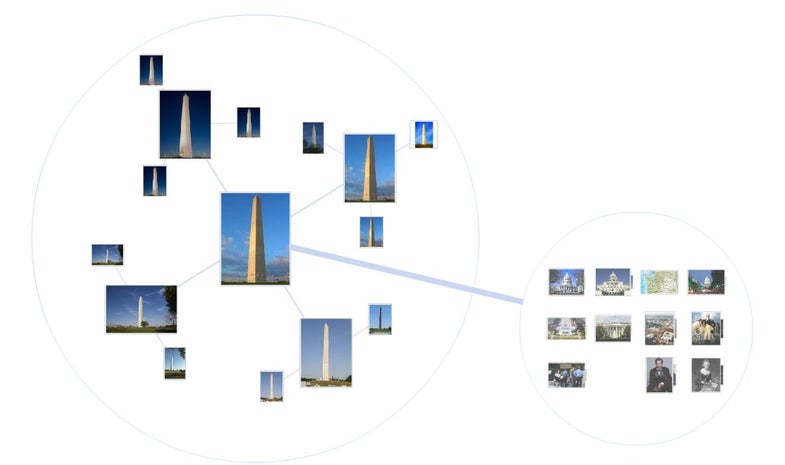 Google's Image Swirl opens up a constellation of sub-clusters within each cluster, organized by certain image characteristics. Google
SHARE 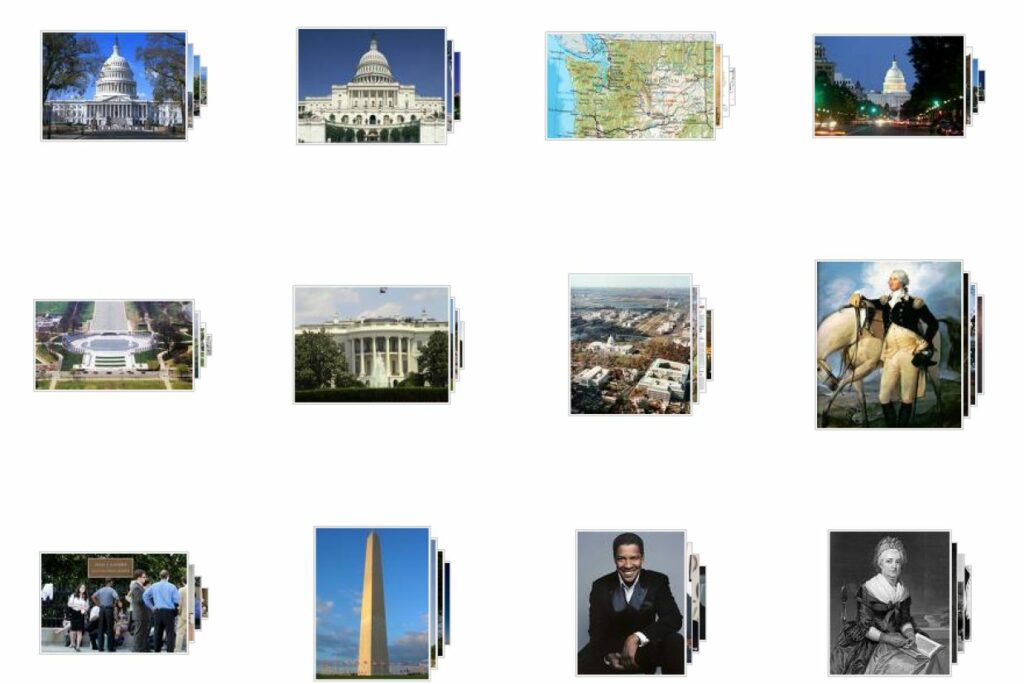 A first search with Google Swirl turns up stacks of image thumbnails that users can click on to explore.

Google launched its new Google Labs feature today as a more exploratory and interactive alternative to the usual image search. Click on a thumbnail stack of the Washington monument, and the image cluster expands outward in a swirling pattern to form a constellation of sub-cluster images. Those sub-clusters might organize themselves by characteristics such as night or day views and different lighting angles, based on Google algorithms that crawl across the Internet looking for similar visual cues, meta tags, text descriptions and even faces. 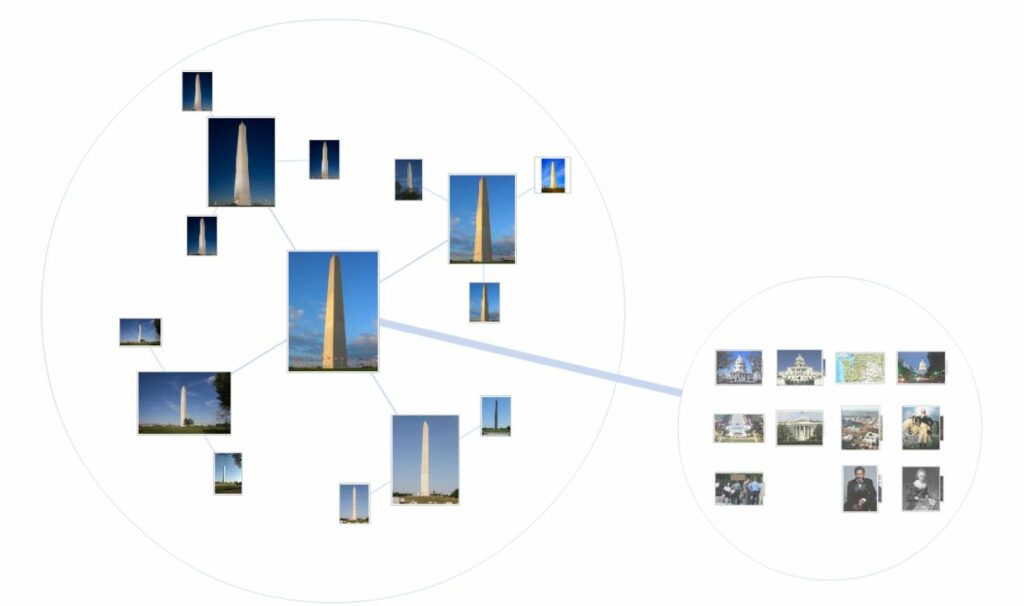 Google’s Image Swirl opens up a constellation of sub-clusters within each cluster, organized by certain image characteristics.

People who know what specific picture they want can already make use of Google’s “Similar Image” feature — assuming they find the right image among the swarm of search results. By contrast, the new Image Swirl really shines as a tool that provides the bird’s eye view for people who don’t know what they are looking for.

“We think it’s particularly important for visual information, because that’s more about exploring rather than finding,” said Aparna Chennapragada, Google product manager for Image Swirl. “We think the interface should allow for that.”

But Image Swirl also incorporates better algorithms that organize images by a broader set of criteria, said Yushi “Kevin” Jing, a Google software engineer. Whereas the landmark image project could identify 50,000 unique landmarks this past summer, the new Image Swirl feature can filter 200,000 of the most popular online image queries — and each query consists of many image sub-clusters.

Curious parties can provide feedback to help Google decide whether to incorporate the feature in its main search engine. Google even provides suggested fill-in queries to nudge users toward one of the existing 200,000 active queries. We at PopSci plan to take Chennapragada’s advice and give “Apple” a try, among other queries.