A Seasonal Sour From A Scientific Bartender

The creations of this London bartender are among the tastiest marriages of art and science. In his new book, he reveals some secrets.

At 69 Colebrooke Row, his bar in London, Tony Conigliaro serves understated, finely balanced cocktails that taste so effortless you can hardly tell they’ve been through rotary evaporators, centrifuges, and the like on their way to your palate. His brand-new book, Drinks, gives an elegant insight into how some of his greatest effects are achieved. 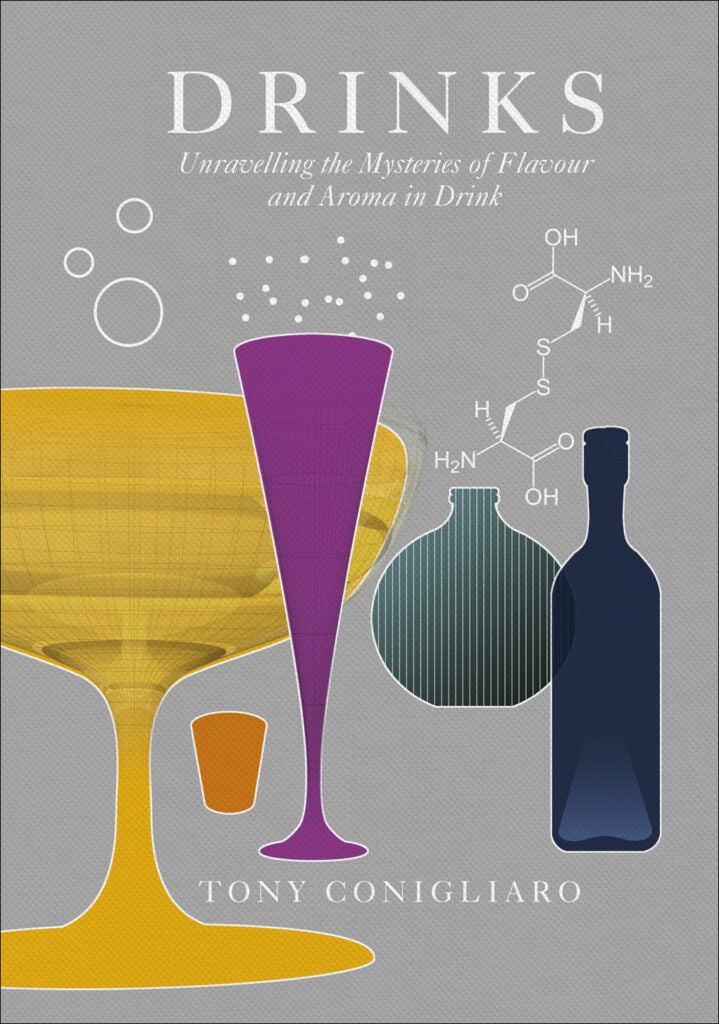 As with many another modern cookbook that has a lengthy list of equipment in the back, not every reader is going to have the gear or inclination to follow all of Conigliaro’s deep-in-the-lab recipes entailing vacuum distillation of essences. But, as with many another such, this is at least as much a document of an aesthetic as it is a practical manual. Personally, I have a centrifuge and a Buchner funnel and even so I think this book will serve more as a beautifully designed tome of glossy inspiration than a step-by-step guide.

Here’s a sample recipe from the book, in which Mr. Conigliaro flavors egg whites with hay before shaking them into a cocktail.

Creating a cocktail that can be enjoyed during a specific season is a real driving force behind many of my recipes. If the Spitfire is a more summery version of a New York Sour, then the Somerset Sour does the same for autumn. For me, autumn time is epitomised by the flavours and aromas associated with Halloween: the smell of hay, toffee and bobbing apples. I wanted to encapsulate these in a drink and in doing so orchestrate a shared nostalgia of autumn for every drinker.

Cider brandy is distilled at autumn time and although it was an ingredient that I had never worked with before, I chose it as the base of this cocktail because it really captures the taste of apples at this time of year. The layering of ingredients was as important to this Sour as in the Spitfire; adding cognac dries out the cider brandy whilst introducing an element of toffee-like richness; the cider float ensures a crisp and refreshing finish. I discovered that the food-grade essence cis-3-Hexenal had the perfect ‘just-cut grass’ note that, when added to fresh apple, makes it taste and smell just like hay.

During the process of putting together this drink, I was always aware that an apple slice would be a complementary garnish. However, when experimenting with how to stop the apple from browning, it occurred to me that the scoops of apples I was testing would look just like bobbing apples if they were floating in the foam on the Sour. I began by using a melon baller to scoop a variety of apples until I discovered one with the best absorbing qualities — the Pink Lady. If the cis-3-Hexenal is added with pectin and sorbic acid then the apple is prevented from browning. The resulting apples are incredibly juicy but also crisp from the pectin and acid, with a faint aroma of hay. The mini bobbing apples float in the foam of the Sour to create a garnish that both parallels the flavours of the drink but also enhances them with a multidimensional and multi-sensory flavour experience. This really expands upon the idea of what a garnish can be. 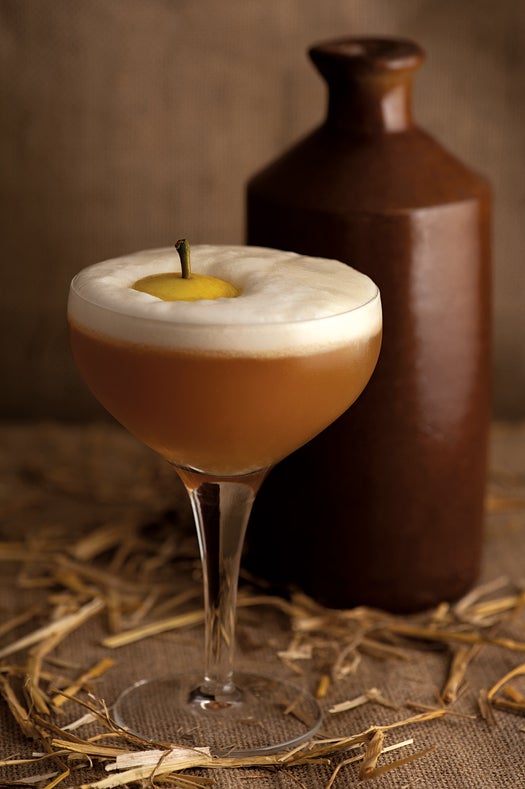 Aroma was a motivating factor behind this drink. Audrey Saunders and I have often lamented the unfortunate wet-dog-nose smell that arises from egg white reacting with alcohol. Together we have engaged in many conversations about how to eliminate it for good. I had a eureka moment when making truffle omelettes at home. I realised that the truffle flavoured the eggs through scent. Quite simply, since eggs are porous they can absorb smells, and with this as the case, I could use any number of smells to flavour them. All that was needed was to create a controlled environment in which to flavour the eggs through aroma.

I conducted tests by soaking different food-grade hydrosols into cotton wool and sealing them in Tupperware with the eggs, keeping the box in the fridge. The aroma in the box then fills all the empty space, including seeping through the egg shell, which is semi-permeable, meaning it will absorb small molecules around it, and literally adding flavour to the egg itself. With this knowledge I added to the egg white the same hay essence as I had injected into the bobbing apple.

1. Combine all the ingredients except the cider and bobbing apple in a cocktail tin.

2. Dry-shake then shake over cubed ice. Strain and serve in a large, chilled coupette, floating the cider on top.