COVID might be linked to more blood clots than we thought

A new study suggests the coronavirus itself causes blood clots more than we realized. 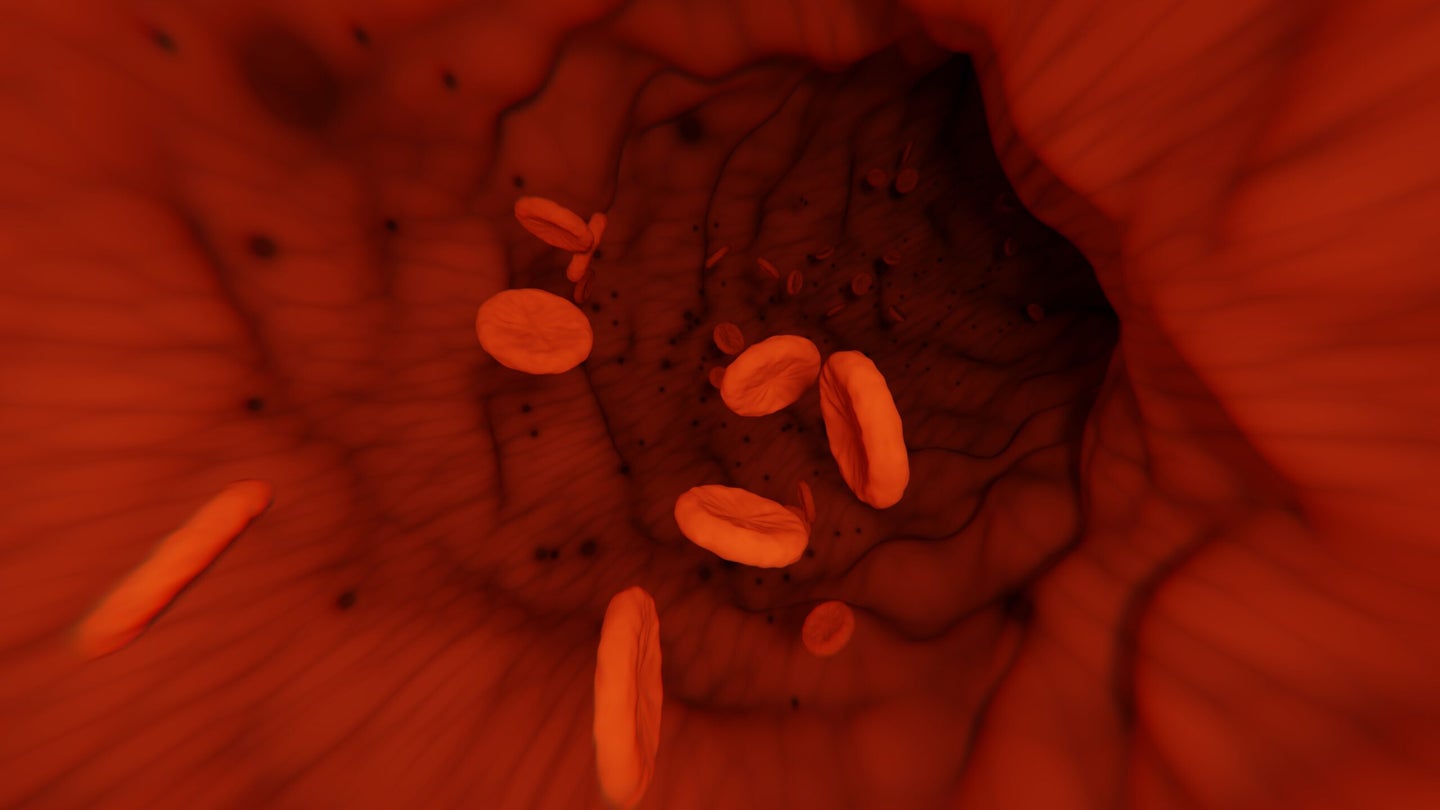 Far more COVID patients suffer from blood clots after leaving the hospital than previously realized, according to recent research published in the journal Blood.

“There’s anywhere from a three to fivefold risk of blood clots compared to the pre-COVID era,” says Alex Spyropoulos, the study’s senior author and a professor at the Feinstein Institutes for Medical Research, which is a part of the New York hospital system Northwell Health. “I’ve never seen this type of blood clot risk in my life.”

It was well known that hospitalized COVID patients, and especially those in intensive care, faced a high risk of clots. But Spyropoulos says “this study shows for the first time that heightened risk of blood clots persists after patients leave the hospital.”

COVID can lead to blood clots by provoking an overwhelming immune response called a cytokine storm. The cytokine storm causes inflammation and does localized damage to blood vessels and organ linings, which prompts the body’s clotting systems to kick in.

That risk appears to remain high even after someone has recovered from the most life-threatening phases of COVID. “It takes a long time for immune mechanisms to calm down,” Spyropoulos says. “The inflammatory system and the immune system and the coagulation system don’t know that the patient has left the hospital.”

The study examined more than 11,000 people who were hospitalized with COVID at 12 Northwell Health hospitals in the spring of 2020. About 3,000 of them died of the disease. The researchers were able to follow another 4,000 patients after they left the hospital, and document any deaths that occurred in the group.

Nearly five percent of those patients died in the 90 days following their discharge, and about three percent experienced a major blood clot. (The groups overlap somewhat, because some patients had blood clots and passed away.) Those older than 75, who had been in the ICU, or who had a history of clotting, heart disease, or kidney disease were at highest risk.

The clotting rates are higher than have been documented in other studies, though Rushad Patell, a hematologist at Beth Israel Deaconess Medical Center, who has also studied post-discharge clotting in COVID patients, says that makes sense. The researchers collected data from a longer time frame than previous studies, and included medical data from different sources, which he describes as “a remarkable strength for an observational study.”

About 13 percent of the subjects were treated with blood thinners as a preventative measure. “We targeted high risk groups,” Spyropolous says. “But the use of post discharge blood thinners for 30 to 45 days decreased their risk by almost 50 percent. That’s huge.”

Spyropoulos suspects that even more of the post-hospital mortality was related to clotting events than the study could document, because treatment with blood thinners reduced all deaths, not just ones where clotting was a known factor. “If they weren’t [related to clots], they wouldn’t be modified by the use of blood thinners.”

[Related: Experts says blood clots from AstraZeneca’s COVID vaccine are rare enough to justify its use]

That’s also possible because researchers are discovering that COVID causes subtle clotting in the lungs themselves. “That’s very new,” Spyropoulos says. “In all of our previous knowledge, the way you got clots in your lung was called pulmonary embolism.” In that case, a clot usually forms in the legs before breaking off and being pumped into the heart. “It entered the right side of your heart, and then was spewed into your lungs.” COVID, however, seems to trigger the formation of what are called pulmonary microthrombi, or small clots that form in the blood vessels of the lungs themselves.

“Classically, we would be able to scan for evidence of blood clots in the legs with an ultrasound, or in the lungs with a CT scan,” Spyropoulos says. It’s much harder to diagnose the microthrombi without an autopsy—and by some estimates, 60 to 100 percent of people hospitalized with COVID have some kind of clotting event when they die.

Patell agrees that the data “does provide food for thought that there may be undiagnosed thrombotic events in patients discharged with COVID-19.” He writes that even before COVID, physicians have known that patients suffer from clotting events in the four to six weeks after they leave the hospital, but that COVID may have exacerbated that trend. “The extraordinary caseloads, often overwhelming hospital resources during surges … may lead to earlier discharge when patients could still be somewhat sick and prone to thrombosis.” Spyropoulos also notes that hospital stays in the US are shorter than those in Europe or China, which could make this phenomenon more pronounced in the States.

But, Patell cautions, the treatment data “should be interpreted with caution,” especially when it comes to inferring a high rate of undiagnosed clots. Patients were given the blood thinners based on the medical decisions of their physicians, rather than as part of a randomized control trial, so it’s always possible that there was some kind of bias in the treatment.

That’s a point that Spyropoulos readily acknowledges. But, he says, the researchers used statistical tools to help filter out bias, (a step that Patell approves of) and “given the study’s very large size … the study results should be valid.”

The use of blood thinners carries its own risks, however. The drugs can cause internal bleeding, and so, Spyropoulos says, “in patients who are at low risk, there’s no favorable net benefit, when there’s as much risk with bleeding as there is decreasing the risk of clotting.” In high-risk COVID patients, however, he believes that that beneficial tradeoff has been demonstrated.

But the study also shows high rates of what’s known as “major bleeding” after discharge. (The term encompasses external and internal bleeds, but the latter is more common as a serious COVID symptom.) Patell calls that finding “striking,” and notes that “more reports are emerging that bleeding is also quite common, at least in hospitalized patients with COVID-19.” The balance within this one study further emphasizes that the same treatments that save one COVID patient may kill another.