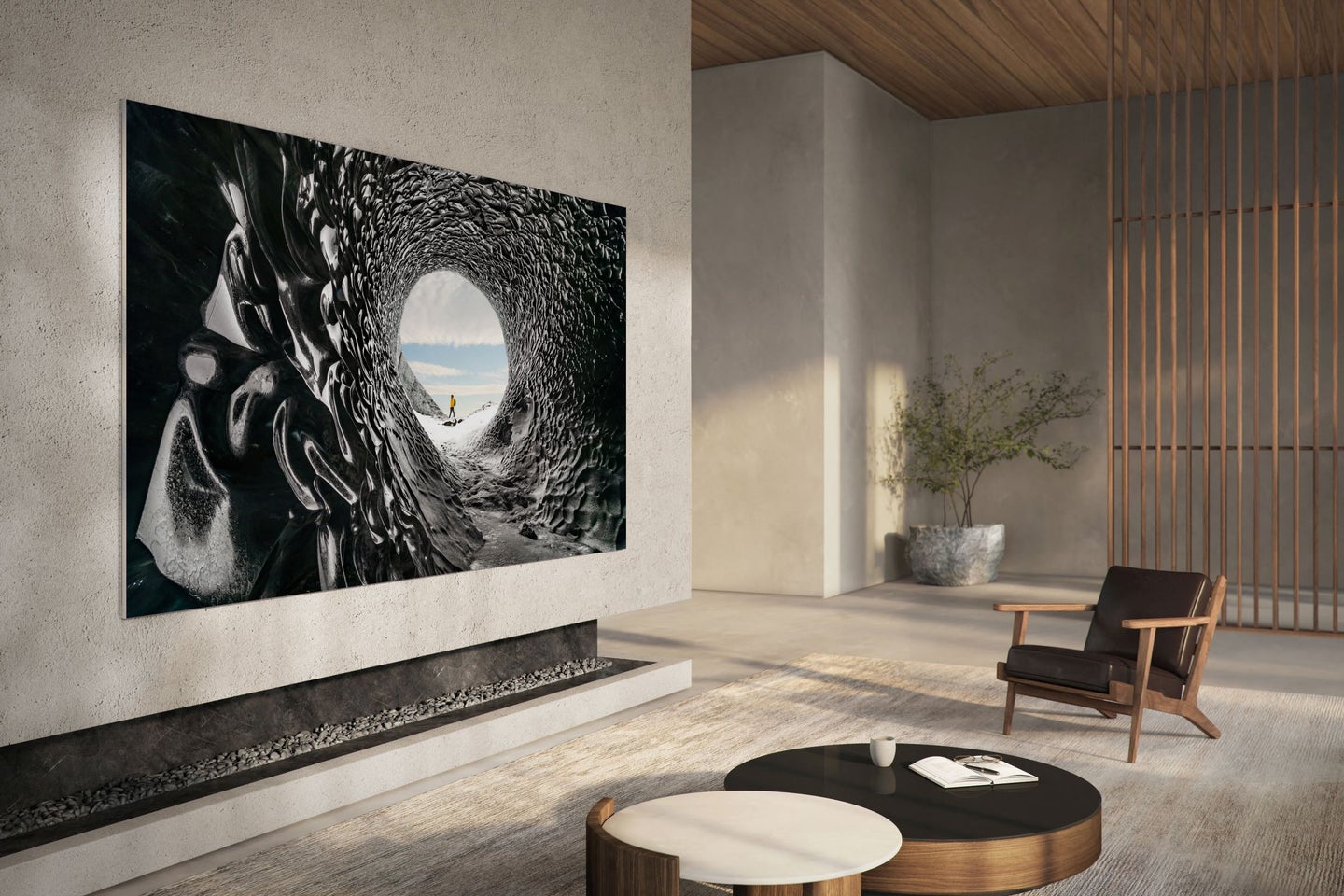 The all-digital 2021 CES is getting underway and Samsung got an early start by showing off its new Samsung LED TV tech for the upcoming year during a preview event earlier this week. Here’s a quick look at what Samsung has up its sleeve when it comes to TVs this year.

The new Samsung LED TV line is called the Neo QLED and it relies on quantum mini LEDs to provide its backlight. Each diode is smaller than a grain of sand, which makes them roughly one fortieth the size of the previous LEDs.

Like with typical OLED displays, each diode provides its own light and can turn off completely when it’s not in use, which leads to darker black levels and improved perceived contrast. Light focusing tech on top of the diodes helps prevent a phenomenon called blooming, in which light from bright pixels leaks into surrounding dark areas to create ugly halos around objects on-screen.

In addition to the picture quality updates, the Neo QLED TVs include gaming-specific features, including support for super-wide aspect ratios and the ability to move the picture up or down on the screen when it’s showing up in letterbox. The Game Bar mode on this Samsung LED TV displays gaming-specific information like fps so you can tell when you’re starting to drop frames.

The new Health Smart Trainer uses the TV’s built-in camera to observe and analyze your form during workouts to give you helpful feedback. It’s similar to other workout platforms like Mirror. The camera also allows for native video calling. Because it can pan and zoom, it can track a person as they move around the room like Facebook’s Portal devices.

Samsung has been showing off some form of its Micro LED TVs for years now, starting in 2018 with the Wall. The tech involves interlocking LED panels that can fit together to create screens of different sizes and shapes. The company is now selling a 110-inch version of the Micro LED TV, which packs 24 million individual diodes onto the panel.

In addition to the Samsung LED TVs, the tech giant is introducing a new remote that replaces disposable batteries with a rechargeable cell inside. It charges from ambient light and the cell should last roughly seven years, which Samsung claims is the typical life span of a TV.