Custom bowyers are gaining popularity across the South and the rest of the country. 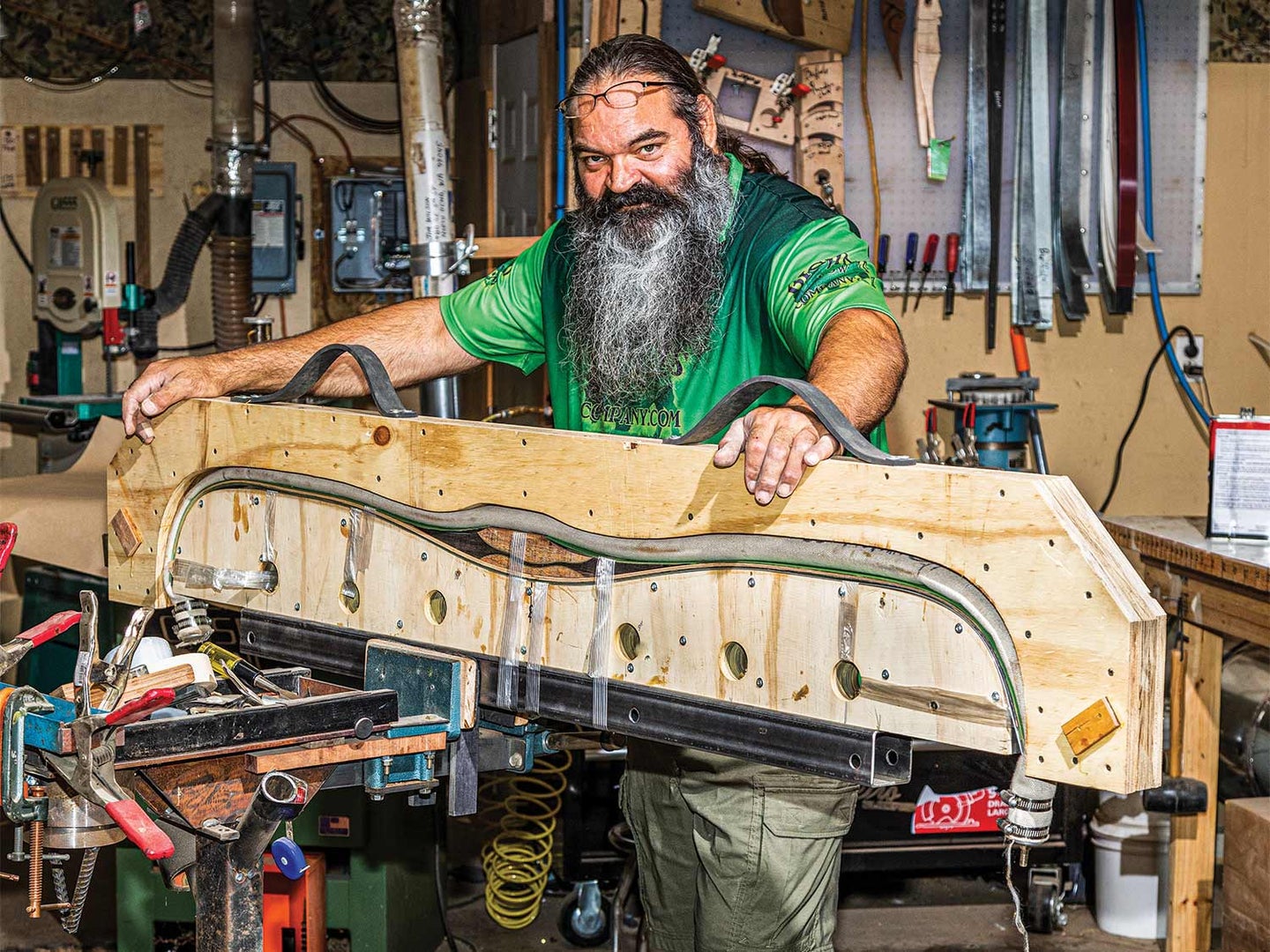 Taking Shape Babcock with a bow form used to press and cure the laminations of a recurve bow. Andrew Hetherington.
SHARE

This story originally featured on Field & Stream. Read to end of the article for the full photo gallery.

Fifteen years ago, James “Big Jim” Babcock hunted with a stickbow for the first time—and was hooked. Today, he crafts some of the finest laminated-limb recurves and longbows in the country. We paid a visit to Babcock earlier this year at his custom-bow shop in Albany, Georgia

While the big bow companies race to make a 400 fps compound and a crossbow that fits in a holster, a handful of artisans around the country understand that for many traditional-minded sportsmen, archery is more about form than function. A proper bow should be an effective hunting tool but also a work of art.

That’s why traditional recurves and longbows never go out of style—because style is front and center. It’s also why custom bowyers like Georgia’s James Babcock of Big Jim’s Bow Company are busier than ever.

You only have to hunt with a trad bow once to understand the magic. That’s how it happened for Babcock. (He’ll ask you to call him Big Jim, and at 6-foot-3 and 320 pounds, he comes by the nickname honestly.) For 28 years, he’d been a diehard compound-bow hunter before trying a stickbow in 2004. “I figured I’d shoot a doe with it, and that would scratch the itch,” Big Jim says. “Well, I shot the doe—and I sold my compound the next day.” He bought a custom longbow and then started making his own. “At one point, I just knew I had to make bows full time.” In 2008, with his wife, Barbara, he opened up shop.

Big Jim hasn’t hunted with a compound since. Once a successful contractor with 40 workers, he now employs just a few talented craftsmen who help him create some of the country’s finest custom-made recurves and longbows. Order a Big Jim bow, and expect to wait more than a year to have it in your hands. But if you’re an archer who thinks a bow should be a work of art, it’ll be worth it.

Besides the challenge and satisfaction of instinctive shooting, the reason recurves and longbows never lose their appeal is ele­mental, Big Jim says. “I’m convinced it’s the wood. It’s warm. It’s beautiful. It’s traditional. People never get tired of wood.” And if it’s wood you’re after, Big Jim is your man. He buys and stores semi-loads of wood from foreign and domestic vendors.

“Customers tell me, ‘I want a one-of-a-kind bow.’ I just smile and say, ‘We can do that.’ I start them slow, showing them just a few of the combinations. And then I take them to the next storage unit, and the next, and pretty soon I’ve blown their minds.”