Easy to buy, hard to build, cleared for takeoff. 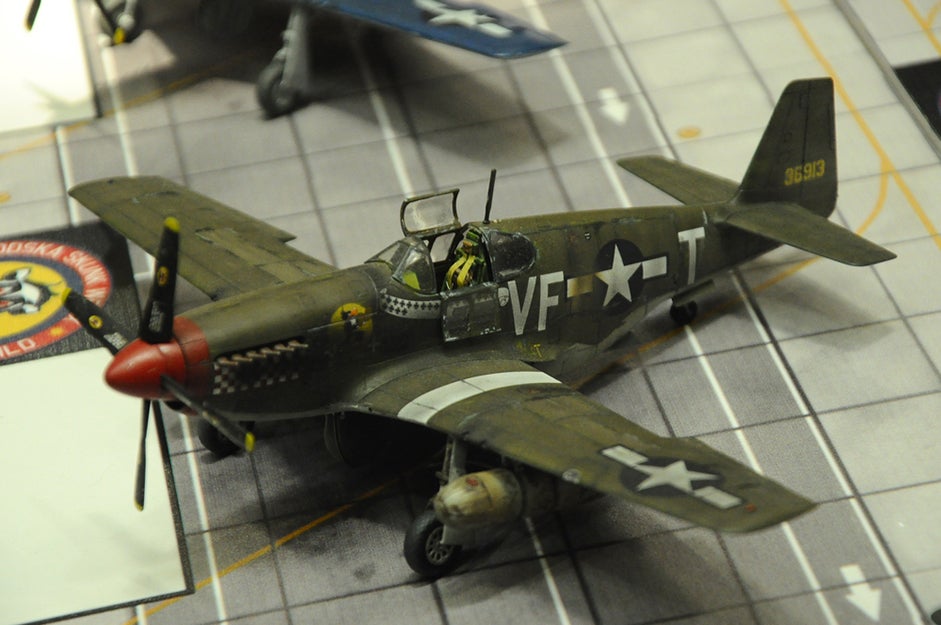 The notion of flying has captivated humankind for centuries. An excavation of burial grounds in Saqqara, Egypt in 1898 turned up a wooden artifact dated around 200 BCE that strikingly resembles, among other things, an early model airplane. Modern airplane models are a great way to exercise patience, hone your tactical building skills, and are a fun way to pass the time. It’s a great alternative to TV, and imparts history lessons, too. Here are a selection of the top model airplane kits:

Boeing’s iconic B-17 Flying Fortress was designed to inflict heavy damage upon the enemy and was capable of carrying more than 4,000 pounds of bombs. This model version is made from a whopping 148 parts and the 1:48 scale gives it a length of almost two feet and a wingspan of a foot and a half. It also features detailed gun turrets, landing gear and wheels, and bomb racks.

This American-made (both the model and the real thing) P-51 Mustang was likely the best single-seat piston engine fighter used during WWII. It’s easy to assemble and is made with laser-cut balsa parts, and comes with plastic wheels, a full set of decals, and vacuum-formed plastic parts.

This model only takes about four hours to complete, making it the perfect introduction to building and assembling model airplanes. Manufactured by Tamiya, a company that has been in the modeling business since 1948, the Mitsubishi A6MG/5A Zero was used by the Japan’s armed forces during World War II. This model version is of excellent quality and is hand-painted. It’s recommended for anyone above four years old.