For forensic scientists, really old crime scenes are a trove of information 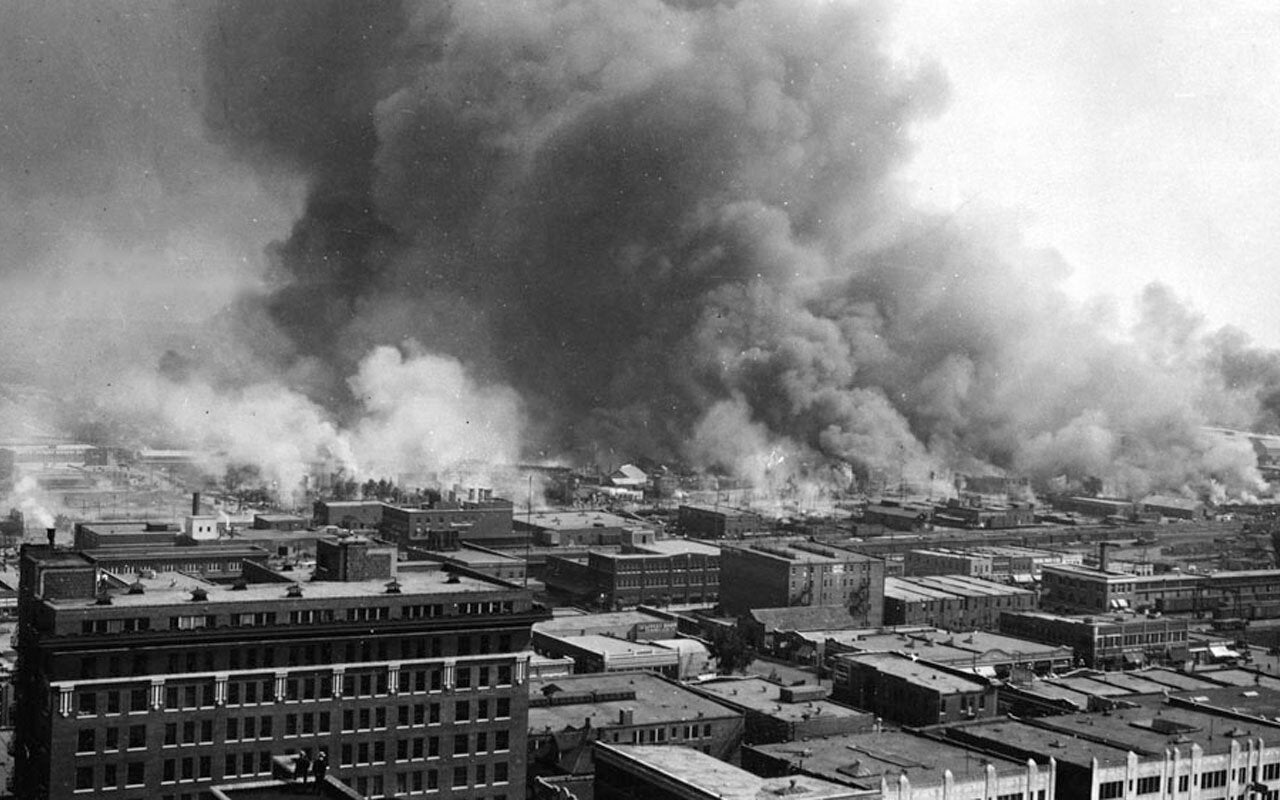 Even century-old graves are full of clues to the events surrounding people’s deaths.
SHARE

On May 31, 1921, one of the worst cases of racial violence in the United States erupted in Tulsa, Oklahoma. After a black man was accused of assaulting a white woman (a charge that was later dropped), a white mob massacred hundreds of black people and destroyed much of the city’s prosperous Greenwood neighborhood.

Since then, survivors and historians have suspected that the remains of those slain were buried secretly in mass graves. Now, archaeologists have discovered evidence pointing to the possible location of two of these graves, the Washington Post reported on Monday.

It’s impossible to know what lies under the ground unless the city decides to excavate the site. If a mass grave is discovered, however, it will have much to tell forensic archaeologists. Even century-old graves are full of clues to the events surrounding people’s deaths. Here are a few of the clues that can be gleaned from really old crime sites—and what a mass grave in Tulsa might reveal.

How the victims died

A deliberate cover-up buried much information in the aftermath of the Tulsa Race Riot of 1921; it was missing from history textbooks for decades and many people only recently learned of the incident when it was featured in the opening episode of the HBO series “Watchmen.” Still, historians have estimated that as many as 300 people were slain, and have identified several locations around the city where these people may have been buried.

When archaeologists recently surveyed several of these sites they discovered signs of a possible mass grave in a local cemetery and in an area near the Arkansas River. At the cemetery, ground-penetrating radar identified a particularly large pit approximately 26 feet long that appears to have straight walls, suggesting people had deliberately dug it out. A device called a gradiometer that measures changes in magnetic fields also found evidence that many metal items—which could be belt buckles or other personal effects—are buried at the site, says Scott Hammerstedt, an archaeologist with the Oklahoma Archeological Survey at the University of Oklahoma who worked on the surveys.

This means that the site could well be a mass grave for victims of the 1921 massacre. But it’s also possible that it houses a burial ground for people who died during a Spanish Influenza outbreak in 1919.

“The biggest thing for us would be if we can determine if there are people in there, how many there are, and if they were in fact killed in the massacre,” Hammerstedt says.

To do this, forensic archaeologists will have to excavate the site and examine the remains. Skeletons bearing bullet wounds or blunt-force trauma would likely belong to victims of the massacre.

Who buried the victims

In a mass grave, how the bodies in a grave are arranged can reveal a lot about the people who buried them, says Sean Tallman, a forensic anthropologist at the Boston University School of Medicine who was not involved in the Tulsa surveys.

If the victims were buried by their enemies, they are much likelier to be thrown on top of each other than laid side-by-side. “You might not see respect given to the individuals and they can be sort of jumbled together,” Tallman says.

The position of the bodies can also offer clues to what motivated the people who buried them—whether they were hastily concealing what happened or if they had to quickly bury the bodies together because they were afraid they would be further damaged. The grave itself can also yield information about the circumstances surrounding the burial; some pits have neat edges while others were clawed haphazardly into the ground.

“One great feature about forensic archaeology is that it can help to provide information about things that aren’t necessarily recorded in history, that are sort of clandestine or hidden,” Tallman says. “It can augment the historical record by showing what actually happened to potentially a large group of people.”

Who the victims were

Bones, dental work, and personal effects such as scraps of clothing, keys, coins, and leather shoes can be used to identify the bodies, or at least give clues to their age, health, and other important details.

“Bone does last fairly well; it is robust material,” Tallman says. “Sometimes we’re quite surprised at what is preserved after such a length of time; it’s just hard to predict what that’s going to be.”

In fact, how well a body is preserved isn’t always dictated by how long it’s been in the ground. “Time is important, but soil conditions are equally important,” Hammerstedt says. “If it’s a really acidic soil the preservation’s just not going to be there no matter how young it is.” The remains may also be in poor condition if they were set upon by rodents or moved by people trying to conceal the crime. Hammerstedt said it’s hard to speculate what the soil conditions were like until they investigate the site further.

In the case of the Tulsa massacre, there aren’t clear records documenting how many people were killed. “With such a chaotic massacre there’s a lot of information that was lost or hidden from people,” Tallman says. Excavating the grave could help clarify the minimum number of people who died.

Before any of this can happen, the sites will have to be confirmed as mass graves, says Hammerstedt, who presented the findings at the Carver Middle School auditorium on Monday.

“It’s nice to have the historical evidence match on-the-ground reality,” he says. “It’s nice to have it happen on a project that’s got such emotion involved with so many people, and hopefully we can help Tulsa move forward and close this chapter of their history in a positive way.”