COVID has created a shortage of poll workers. Here’s how to step in.

Democracy is a beautiful, collective effort. 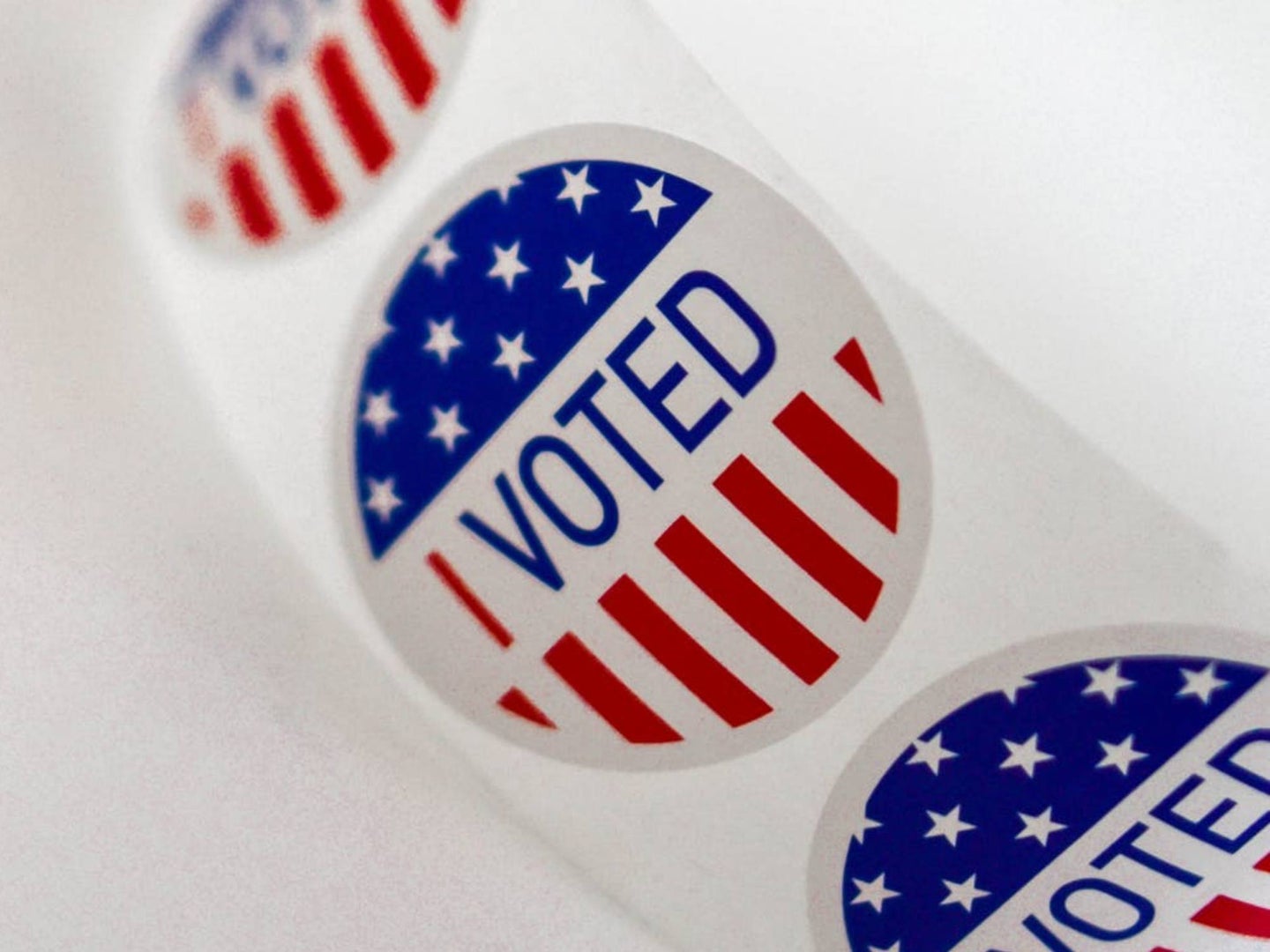 The only thing more satisfying than wearing one of these stickers might be giving them out. Element5 Digital / Pexels
SHARE

There is certainly something magical about Election Day. It is the one moment when each voter’s voice can be heard loud and clear through a ballot. But voting is just the tip of the iceberg when it comes to actively participating in a democratic system. If you want to go the extra mile, consider enrolling as a poll worker for Nov. 3.

Regardless of what role they play, election officials are incredibly important. They’re the ones who set up voting machines, check in voters, answer questions, and ensure a safe, legitimate process. This year, with the COVID-19 pandemic still festering nationwide, polling places will be particularly challenging environments, as workers will have to add health and safety precautions to their list of duties.

To add an extra layer of difficulty, jobs at polling stations are largely filled by senior citizens, one of the populations most vulnerable to the novel coronavirus. That means older workers are opting out and states are hoping healthy younger people who are at lower risk (but not without risk) of serious infection will sign up and fill in for those who would be safer at home.

Poll workers actually get paid to dedicate their time and skills to help voters on Election Day. How much depends on where you live. States like Vermont, Idaho, Michigan, and Minnesota have laws that mandate election officials receive at least the minimum wage, but the total sum will vary depending on the specific role you’re assigned.

In Alabama, the minimum compensation for poll workers is $50, which increases by $25 per training day, and an extra $25 if you’re a returning officer or clerk. In Mississippi, poll managers get paid $75 for an election, but the county’s board of supervisors may pump that sum up by $50 per election. Washington, D.C. is one of the highest-paying districts in the country, handing election officers up to $250 and precinct captains up to $300 per election.

How to sign up to be a poll worker

Applying for a job at a polling place is easy, but the exact process will depend on where you live. There are two common methods, though: signing up in person at your local election office, or filling out a form online and waiting to be contacted via email.

The US Election Assistance Commission has a ton of useful information on its website that will show you how to become a poll worker in your area. Just click on the drop-down menu and select your state. Some states delegate the poll worker application process to counties, so you may also have to select yours. You’ll also find a link to sign up, general and special requirements for becoming a poll worker, compensation details, and other useful information. If you have further questions, the website additionally provides the contact information for your local election office, including its address, phone numbers, and email.

After that, the steps are pretty much the same no matter your state. First, you’ll be assigned to a polling place, typically one near your home. But that isn’t always the case—states like Florida, for example, might require you to work at a polling station far from where you live, in which case you’ll receive compensation for travel expenses.

You’ll also have to go through training before Election Day. Depending on the role you’ll be playing, you’ll learn how to set up voting machines, how they work, the proper way to count ballots, and what kind of assistance you can provide voters. The length of the training varies state to state, but it usually lasts between 8 and 10 hours.

After completing training, you’ll receive a certificate and pledge an oath where you promise to perform at the best of your ability and defend the integrity of the voting process.

If you’ve been a poll worker before and have already gone through training… sorry, but you’ll have to go through it again. Voting machines may still be the same as the last time you worked at a polling station, but new health protocols will be in place on Election Day to protect voters from COVID-19. You will not only be required to abide by them, but also enforce them.

What you need to become a poll worker

As with the sign-up process, the requirements for working at a polling station will—you guessed it—depend on where you live, but they usually demand you be a registered voter and provide proof that you’ve lived in a county, state, or precinct for a specific amount of time.

If you’re not sure you’re a registered voter, we’ve made a thorough guide on how you can check. If you find you’re not registered, fix that—now.

Another common requirement is that applicants be neither an elected public official or a candidate running for office. There are exceptions, though—California and Indiana don’t mind if you’re either, and Arkansas and Michigan only care as long as your name is not on the ballot of the county you’re working at.

Most states also require poll workers to be 18 or older by Election Day, but not all. Delaware, for example, allows college students younger than 18 to apply as long as they provide two letters of authorization: one from their parents or legal guardians, and one from a faculty member or dean from the institution they attend. The state also allows full-time high school students between the ages of 16 and 17 to apply, if they present letters from their parents or legal guardians and a teacher or principal authorizing them to serve as a poll worker.

Other states have Youth Vote Ambassador programs, where students as young as 16 can apply to be poll workers on Election Day. The process is different in each state, county, or even school, so if you’re interested, contact your local election office to find out more.

And if you can’t register—maybe because you’re not a US citizen—but still want to help, there are certain states with polling jobs for you. In New York, for one, the list of roles includes interpreters who speak Spanish, Hindi, Chinese, Korean, or Bengali, and whose sole purpose is to assist voters who are not fluent in English.

To learn everything about how to become a poll worker in your state, the EAC has a comprehensive compendium with all the details. It has been updated for the 2020 election, but should only be used as a general guide, as some specifications may have changed. To avoid any confusion, check the information at your local election office’s website or call them directly.

When the polls close, you’ll have some fresh cash, but maybe you’ll realize that the best reward for being a poll worker is the satisfaction that stems from playing a crucial role in the most essential part of a democratic system. You’ll also be helping people fulfill their civic duty and stay safe while doing so. And that, friend, is priceless.

Updated October 20th at 12:56 p.m.: This story has been updated to more accurately reflect the requirements to become an interpreter at polling stations in California.