This lamp can levitate thanks to electromagnets. 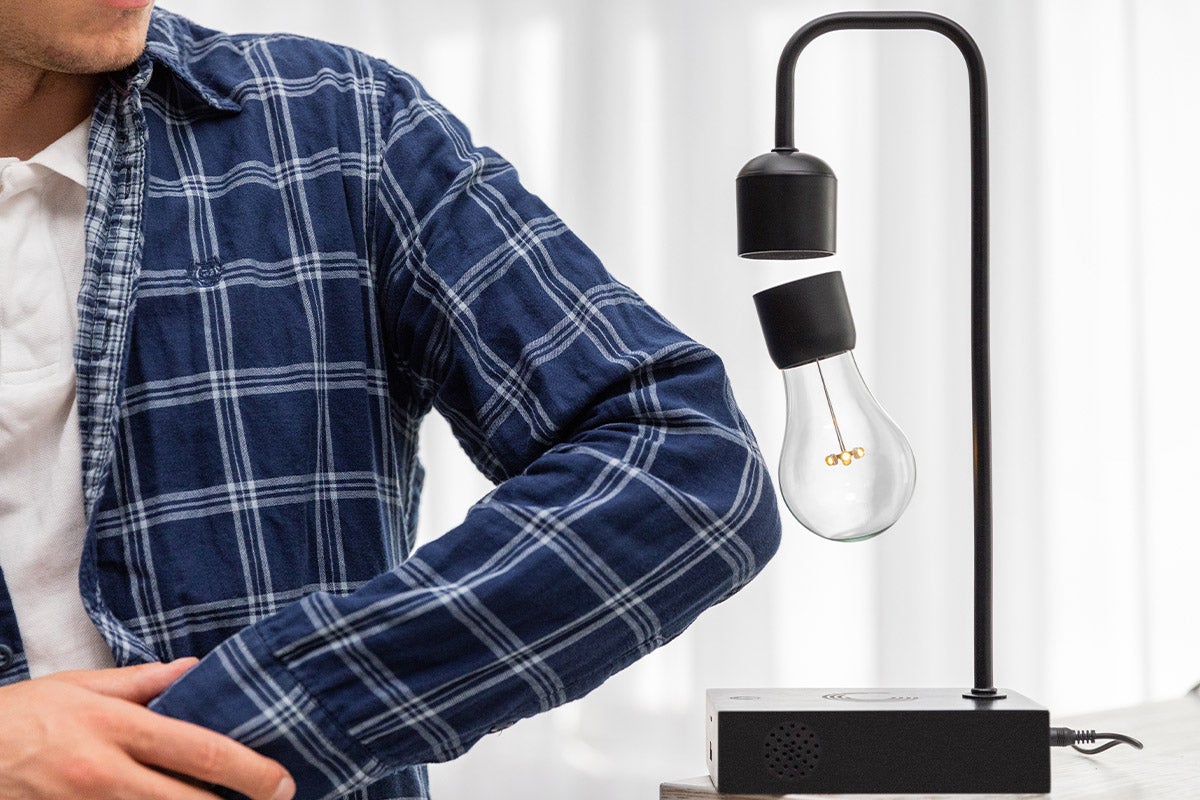 Did you know that there’s an award called the Ig Nobel Prize? It’s a satirical award given to research that “first makes people laugh, and then makes them think.” In 2000, scientist Dr. Andre Geim won the award for successfully levitating a frog, demonstrating a phenomenon called diamagnetism. Out of sheer curiosity one Friday evening, he experimented with electromagnets and water, and somehow managed to prove that even a frog could defy gravity. Ah, science!

Humans have always been fascinated with things that levitate, and while you can’t exactly have a floating frog in your home, the next best thing is to have a levitating lamp. For a limited time, you can take home the Kickstarter-funded Gravita Levitating Smart Lamp for 33% off.

The Gravita Lamp is minimalist in every sense of the word. Using the same science as that of Geim’s experiment, this lamp is able to hang mid-air without any wires attached. Electromagnets are installed in the base, the top of the lamp, and even on the lightbulb itself, allowing the light to counter the earth’s gravitational force. Again, science!

While it’s floating around mid-air, the bulb is still capable of casting a relaxing glow and creating a nice ambiance in your home. It even has a built-in Hi-Fi Bluetooth speaker, so you can pair it with any device and stream crystal clear audio. It’s equipped with power-off protection and automatically attaches to its magnetic upper base in case of bumps or blackouts, and it’s shatter-resistant, dust-resistant, and water-resistant.

All it takes is a single touch to the base to turn the lamp on. And with multi-charging options, you can either charge it by laying it on the base or via its USB-A and USB-C charging ports.

The Gravita Lamp is both a conversation starter and a fascinating source of illumination. It normally retails for $134, you can grab it on sale for $89.99.