What is a ‘Martian flower’? 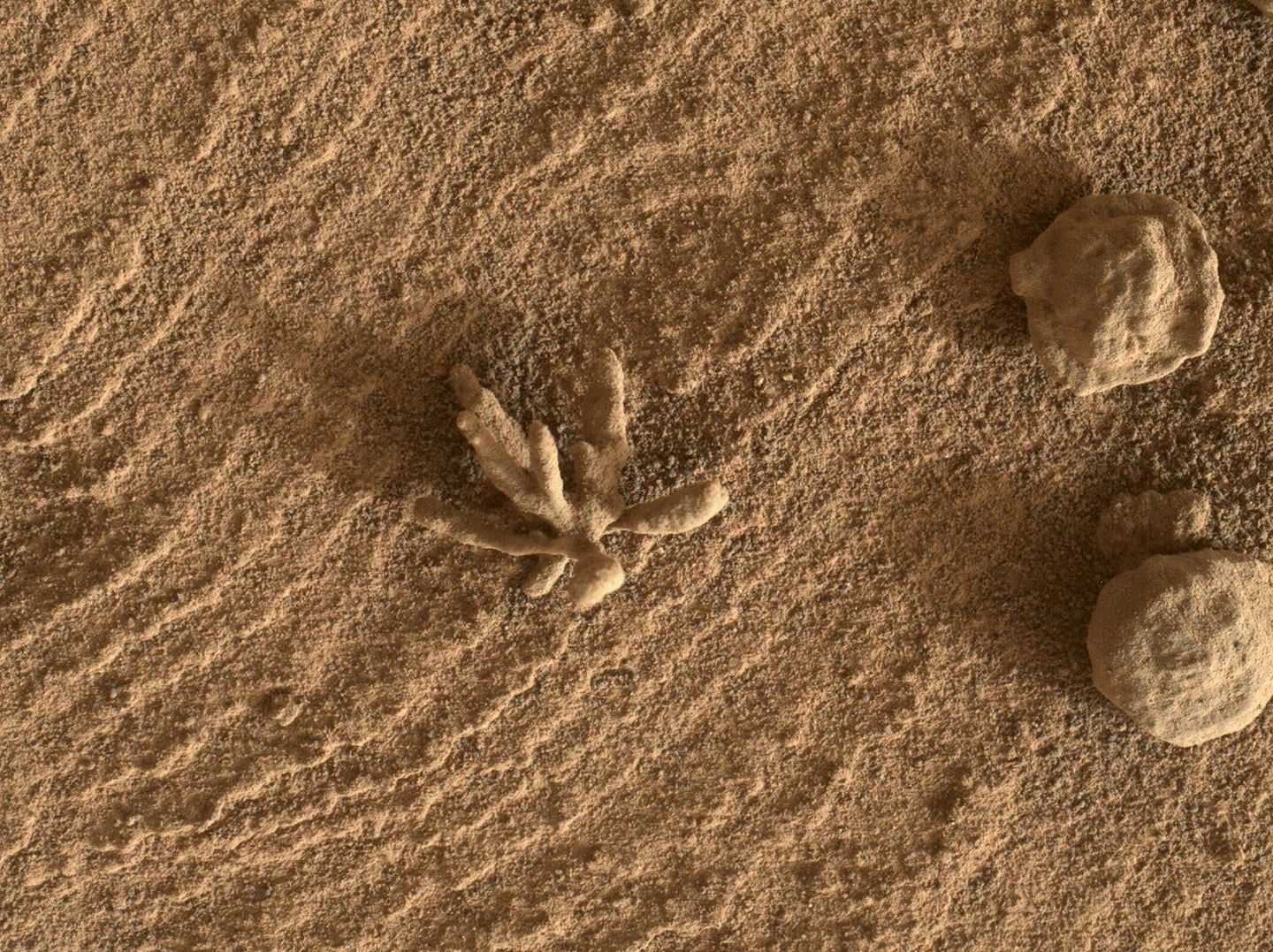 As the Curiosity rover continues its decade-long journey across Mars’s Gale Crater, it’s finding a trove of curiosities on the planet’s igneous rock face.

In a image taken on February 24, Curiosity used “the equivalent of the geologist’s hand lens” to document what looks like a water lily, piece of coral, or sprig of broccolini. The “Martian flower,” as NASA’s Jet Propulsion Laboratory referred to it in a mission update, likely stemmed eons ago from a flow of mineralized water. Mars researchers think that the surface of Gale Crater has been dry for 3 billions years now—but that it might contain groundwater under several layers of sediment.

A closer analysis of the botanic-seeming deposit could reveal the substances carried by that water. “Curiosity has in the past discovered a diverse assortment of similar small features that formed when mineralizing fluids traveled through conduits in the rock,” the NASA post reads. Previous samples taken by the rover have tested positive for complex carbon molecules like benzoic acid, nutrients like ammonia, and key earthly elements like phosphorus and sulfur. “Taken together, the evidence points to Gale Crater (and Mars in general) as a place where life—if it ever arose—might have survived for some time,” the Curiosity team wrote in a separate mission update.

When it’s not too busy capturing faux flora, Curiosity is snapping Ansel Adams-style portraits of the laminate Mars landscape. The rover is using two of its 17 cameras to take mosaics of the jagged skyline from the Greenheugh pediment (located near the center of the Gale Crater at the base of Mount Sharp). Those images aren’t just for scrapbooking: They’ll come in handy for gauging solar tau, which is the amount of sunlight that filters through the Red Planet’s atmosphere, and the levels of dust in the air.

Meanwhile, farther northwest in the Jezero Crater, the much newer Perseverance rover is about to set off on a dual voyage with its miniature helicopter companion, Ingenuity. The two robots will take alternative routes to reach the Octavia E. Butler Landing Site, where NASA completed a tricky touchdown last February. From there they will explore a barren river delta, and take wide-angle images and videos with a camera similar to Curiosity’s.