Skydio Is A Drone That Dances Around Obstacles 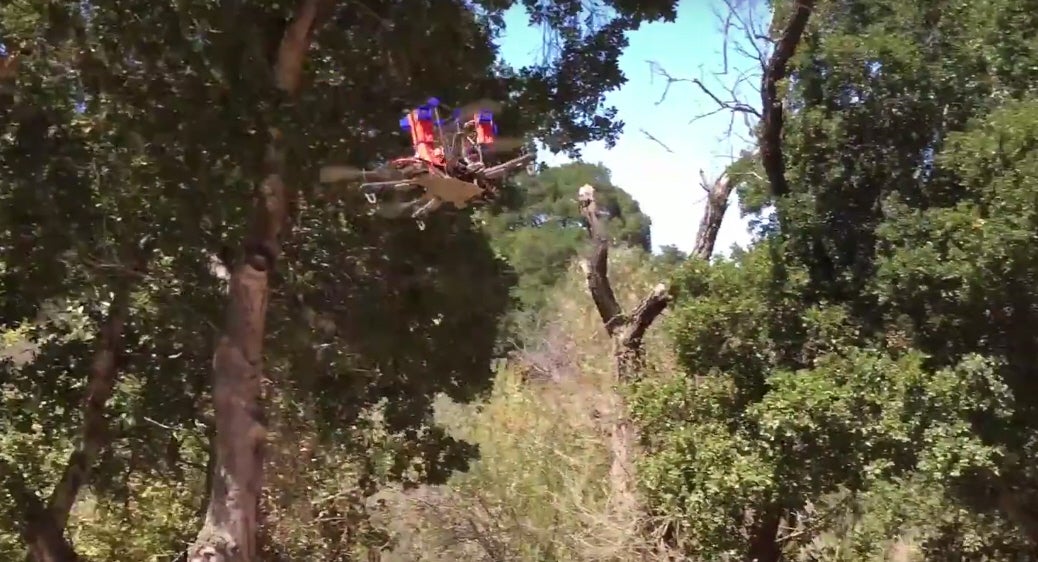 Drones crash. Tossed by the wind, controlled by inexperienced pilots, or just flying at the wrong angle at the wrong time, quadcopters crash into their surroundings. While these crashes aren’t a major risk to life and limb, they’re certainly an obstacle to better drone use: No one wants to rely on a flying machine that crashes into obstacles. We’ve seen many proposed drone systems with some form of “sense and avoid” before, most recently DJI’s Phantom 4, but none as elegant as the Skydio.

The drone’s body itself looks like a roughly assembled prototype, and the production values of the video suggest a raw shot and a roughly edited clip. Many sense and avoid demonstrations are carefully edited to mask a flaw, but this appears to be the real deal. From IEEE Spectrum:

Here, watch it artfully move around a tree to follow a person.

The brains behind Skydio include researchers from MIT and Google’s Project Wing. Whatever that have, or at least, whatever they’re selling appears to be doing quite well in Silicon Valley. They’re funded by venture capital firms Andreessen Horowitz and Accel, and are just one of ten companies funded by both firms. The drone, of which there are no close-up pictures, appears to have several identical sensors on its back, and can clearly follow humans as they bike or run. We don’t know much about Skydio yet, but we’re eager to see what comes next for it.