Those Silicone Bracelets Track Which Chemicals You’ve Been Exposed To

A reason to bring them back into fashion 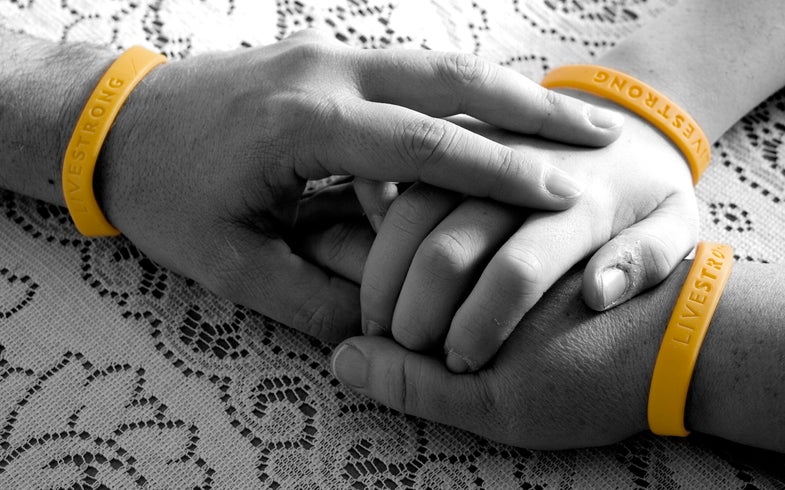 Those Livestrong bracelets might have gone out of fashion after Lance Armstrong’s doping scandal, but scientists have come up with a new reason to bring them back. The bracelets are made of silicone, which can trap toxic pollutants that the wearer encounters. Researchers from Oregon State University recently tested the bracelets on 92 preschool children and were surprised by the number of harmful toxins the kids encountered in a week. The researchers published a study in the May issue of the journal Environmental Research, as Chemical and Engineering News reports this week.

The silicone wristbands are ideal sampling tools because they are comfortable and easy to wear for extended periods of time without harming the person, the researchers write (they had tested necklaces in previous studies but those weren’t as appealing). In the study, the researchers were looking for 41 types of flame retardants, as childhood exposure to these chemicals has been linked to health problems including decreased cognitive ability, hyperactivity, and obesity. After the children wore the wristbands for a week, the researchers performed a analysis of the chemicals absorbed by the silicone. They found that 60 percent of the samples contained 11 of those compounds. They detected half the chemicals they were looking for, including several that are no longer produced in the United States. Just which flame retardants the kids were exposed to depended on the age of their house and how often their parents vacuumed.

With any luck, those findings can help parents and regulators make substantive changes to reduce kids’ exposure to harmful flame retardants. It’s happened before—when scientists figured out that roofers were exposed to more dangerous chemicals at a training site than during their regular jobs, the union of workers insisted on better ventilation in the training facility, according to Vocativ.

The researchers are using the same silicone bracelets to pursue a number of different questions about the interaction between environmental chemicals and health, according to C&EN. They are currently working on a study evaluating prenatal exposure to some chemicals (putting the wristbands on mothers in their last trimester) and the incidence of childhood asthma. Other projects are looking at farmers’ exposure to pesticide chemicals on four continents.