Microcephaly could be "the tip of the iceberg" 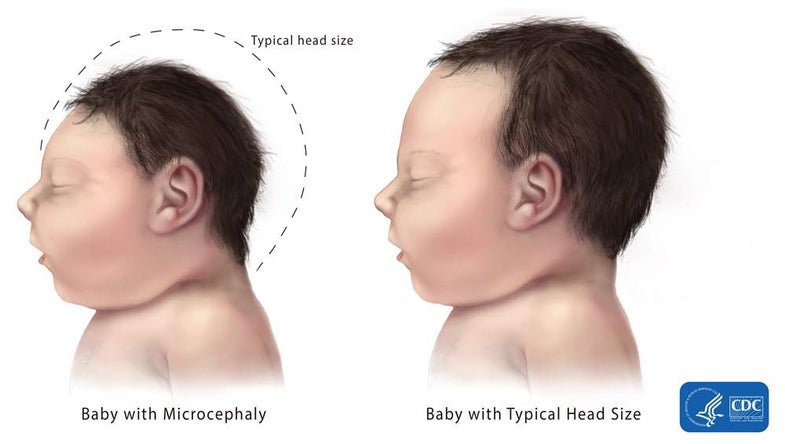 Today, the Centers For Disease Control And Prevention (CDC) confirmed that the Zika virus causes microcephaly, the condition that causes physical deformities and neurological damage in babies of infected mothers, and which has spread rapidly across Brazil and other Latin American countries.

Back in February, the WHO declared the possible connection between Zika and microcephaly a global health emergency, however there wasn’t enough data yet to prove this connection. Since then, scientists have published numerous studies, which have helped make this link stronger. Now, in a report published by the CDC in the New England Journal of Medicine, the authors confirm the connection, based on the evidence that multiple studies have established.

“This study marks a turning point in the Zika outbreak. It is now clear that the virus causes microcephaly,” Tom Frieden, director of the CDC said in the press release. Now that the microcephaly link has been established, Frieden said researchers are trying to figure out if microcephaly is the only neurodevelopmental problem that Zika is causing. “We are also launching further studies to determine whether children who have microcephaly born to mothers infected by the Zika virus is the tip of the iceberg of what we could see in damaging effects on the brain and other developmental problems,” Frieden said.

While the Zika virus has also been thought to be linked to other neurological conditions in adults, like Guillain-Barré syndrome, this report today only confirms its connection to microcephaly.

What Does This Mean For Treatment And Prevention?

This confirmation doesn’t change the CDC’s advice on how to prevent a Zika infection, like travel restrictions, however, as the press release notes, it is an important next step for where to direct further research efforts. Now that the link has been established, researchers can focus more on finding out how the Zika virus affects developing brains–some of that has already been done, and has helped to confirm this connection–and also on prevention, specifically finding a much-needed effective vaccine.