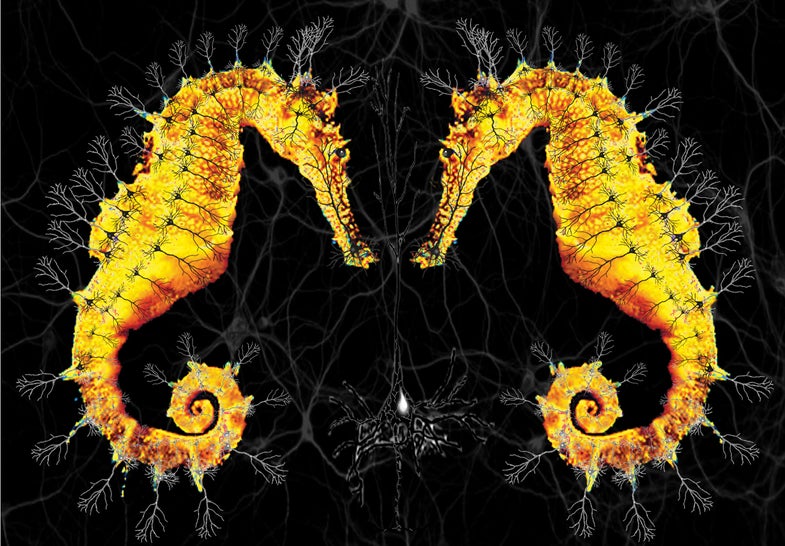 One of the most prominent structures in the brain, the hippocampus plays an important role in acquiring semantic memory, or general knowledge such as bird names, and in holding onto auto­bio­graphical, or episodic, memories. It also looks a lot like a sea horse. (Hippocampus is from the Greek for “horse” and “sea monster.”) Robert Clark, a neuroscientist at the University of California, San Diego, played up the resemblance in this graphic. Clark digitally added images of real hippocampal neurons to a pair of gold sea horses. The sea horses are oriented as they would be in a rat’s brain.

“Hippocampal Neurons” won the Expert’s Choice award for Posters & Graphics at the 2015 Vizzies. See all 10 of the winners here. 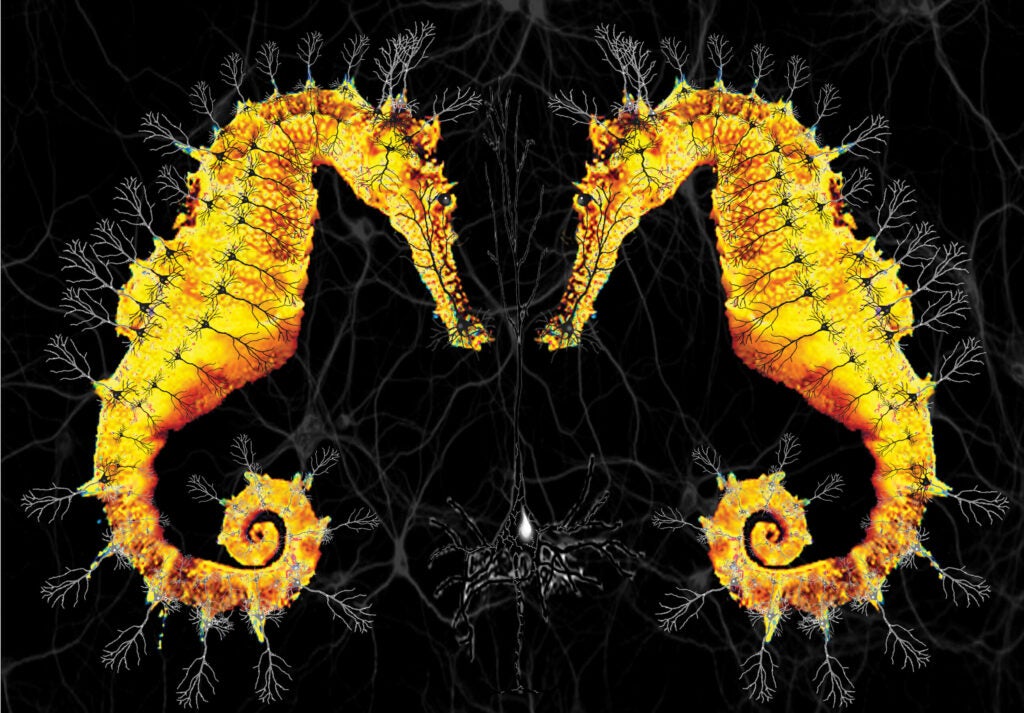