Why Do We Have Eyelashes?

The answer is blowing in the wind tunnel 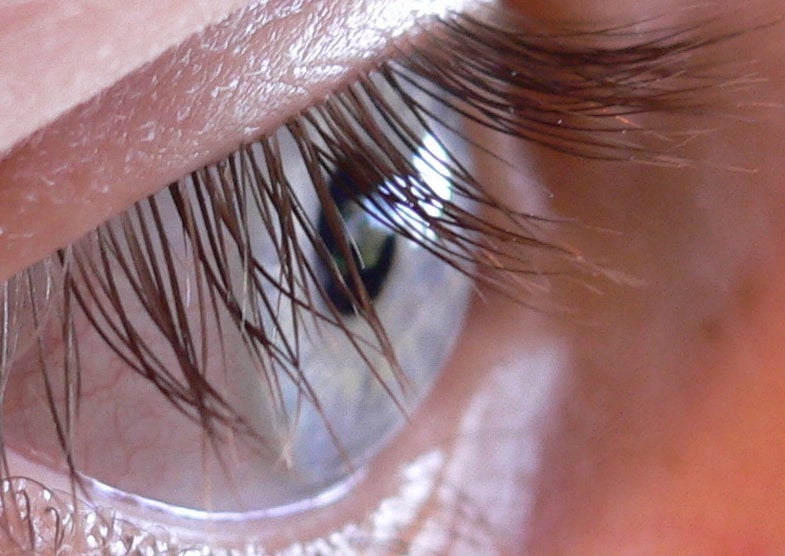 Eyelashes? More like why-lashes. A team of scientists from the Georgia Institute of Technology wanted to understand the function eyelashes serve in mammalian species. So they tested fake eyelashes in a wind tunnel.

Led by mechanical engineering student Guillermo J. Amador, the team built a small wind tunnel and tested three kinds of false lashes: commercially available eyelashes made from human hair; a synthetic mesh, and an impermeable paper ring. Inside each ring was a small aluminum disk, four millimeters deep, shaped like half of a chocolate coin wrapper. The researchers filled the disks with water to simulate the surface of an eyeball. Then, in a wind tunnel, they blew air at the simulation eyeballs for ten minutes while a scale weighed the water-filled disk to measure evaporation. The impermeable ring had the least evaporation, but would also obstruct the most vision. Of the options that would let a creature see out of its eyeballs, the human eyelashes worked best. 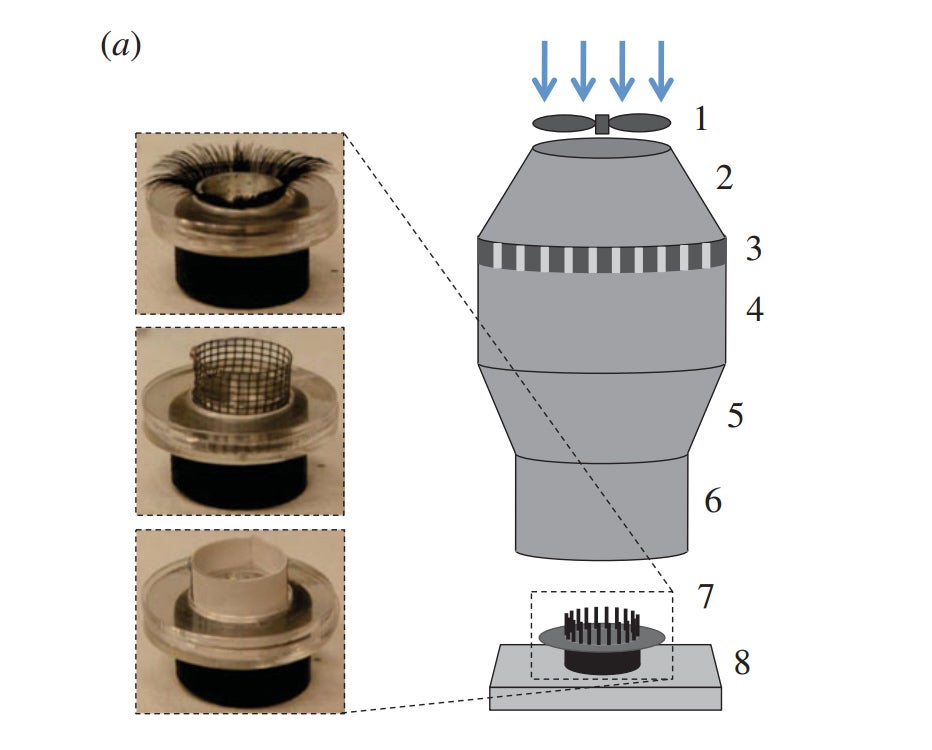 In another test, to see whether eyelashes protect from dirt, pollen, and other particles, the researchers turned the disks over, exposing absorbent paper on the bottom. They placed the fake eyelashes around the paper, and put them back in the wind tunnel. To simulate particles, the researchers used a humidifier set to heavy fog and funneled it into the tunnel. For these tests, the paper was photographed before and after the trial.

Their conclusion: eyelashes one-third the width of the eye reduce airborne deposits on eyeballs by half, and cut evaporation by half. Longer lashes perform even better. Does this mean humans, looking to protect their eyes, should turn to cosmetic eyelashes? From the paper, the authors suggest this is an area that needs more study. However, they write that “wearing curved false eyelashes of low porosity can potentially provide extra protection to the eye and reduce dry eye.”