Even though a jellyfish is 90 percent water, it moves at about 40 mph. Jellyfish use their bell — the... 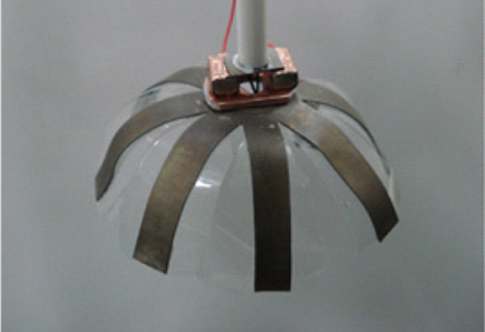 Even though a jellyfish is 90 percent water, it moves at about 40 mph. Jellyfish use their bell — the top portion, above the tentacles — to create a jet that propels them through water. Now, scientists at the Chonnam National University in the Republic of Korea have built a robot that mimics the movement. The robot, using an electro-active polymer artificial muscle, retracts and expands its skirt, exerting a minimal voltage and propelling the jellybot faster than you can swim.

The concept — which could have practical implications for rescues in open water — relies on resonant frequency to keep the energy requirement very low (think of the minimal force required to push someone on a swing) and the operation efficient and near-silent.

Sung-Weon Yeom, an engineer working on the project, says the robot jellyfish is guided, as is a real jellyfish, by water currents, but he’s planning to experiment with a guidance system for better steering.

The robot jellyfish measures just a few feet long, but the researchers say the robot could be made much smaller — just a few inches — or much larger, matching the seven-foot behemoths that exist in the natural world. 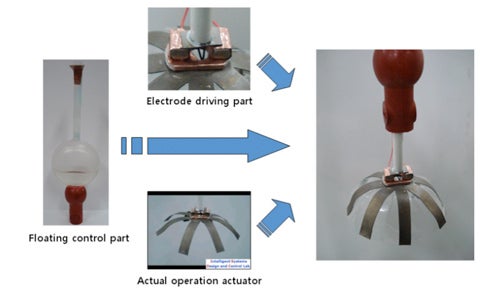