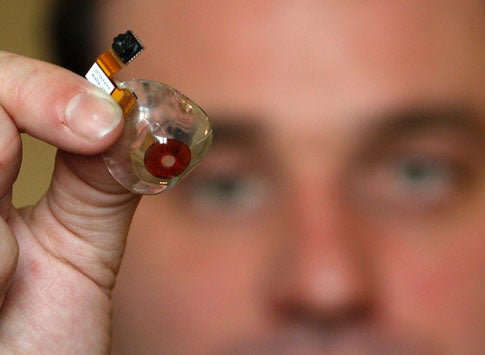 Rob Spence doesn’t think it’s odd that he replaced his false eye with a wireless video camera. “You look at the size of the camera on your cellphone and at a prosthetic eyeball, and it occurs to you almost immediately to just go ahead and stick a camera in there,” says the Canadian filmmaker. 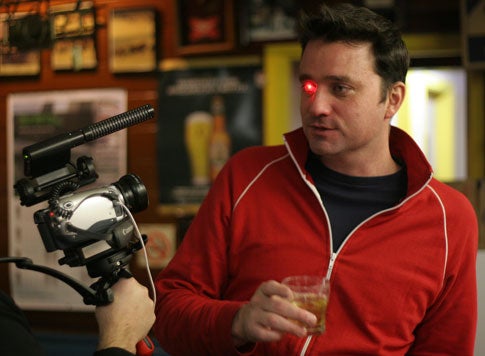 As a teenager visiting his grandfather’s farm in Ireland, Spence picked up a shotgun and fired at a pile of dung. The rest is fuzzy, he says, but either the gun or the shell hit his face, leaving him legally blind in his right eye. A few years ago, when the damaged eye began to hurt, Spence, now 36 years old, decided to replace it with a prosthetic.

Contemplating a new role for his false eye, he cast around for ideas from engineers and designers. Earlier this year, he teamed up with electrical engineer Kosta Grammatis on what he dubbed the Eyeborg Project. The duo’s working prototype consists of a battery-powered 1.5-by-1.5-millimeter video camera and a Wi-Fi transmitter that beams the footage to a computer, all housed in a transparent plastic eye, which he can control as if he were born with it. “It’s stage-one-MacGyver crude,” Spence says. “We are not reinventing the wheel here. We’re just putting a wireless camera into a different space.”

What does Spence plan to do with the $30,000 eye? “I’ll make movies with it, of course,” he says, adding that he might film a documentary about other cyborgs. “I’ll show people the world from a different perspective.”