Our tribute to the 20 all-time greatest on-screen geeks

Whats better than graphing calculators, Linux 2.6 and World of Warcraft combined? Watching a persecuted geek turn the tables by kicking ass and taking names. Yes, we at PopSci love underdogs—especially those with megawatt brainpower and unconventional fashion sense. It takes a real hero to buck the system with nothing more than major smarts, which is why the archetypal nerd has become a staple of Hollywood screenwriting.

From Steve Urkel to Lisa Simpson, nerds have proved that neither high-water pants nor an acute interest in quadratic equations will ever stop a determined soul from finding true love, foiling the bully, solving a mystery, or striking it rich. Thats why were paying homage to our beleaguered brethren with this gallery of all-time favorite on-screen nerds. We applaud these characters ingenuity, moxy and—in the case of the many ’80s movies represented here—seriously nostalgia-inducing technology. So click open the slideshow, and get ready to cheer all over again as your favorite outcasts save the world. 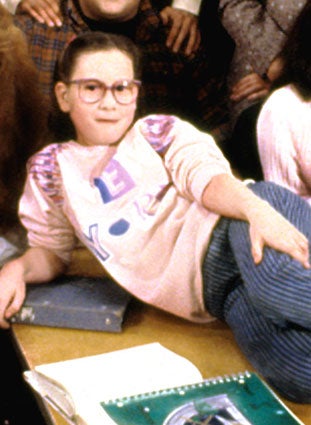 20. Janice Lazarotto (Tannis Vallely) in Head of the Class

Maybe 12-year-old prodigy Janice Lazarotto was a bit on the obnoxious side, but her real-life alter ego proved smart enough not to marry Mike Tyson—something that cant be said for her co-star Robin Givens. 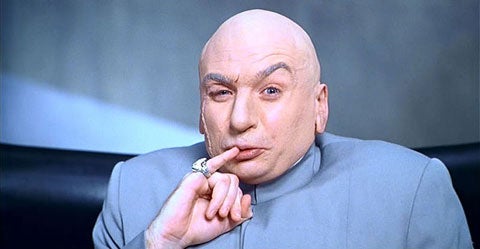 OK, so Mike Meyerss evil genius never exactly triumphs in the satirical Austin Powers spy flicks, but then again, hes never definitively defeated, is he? Besides, well take his sharks with frickin laser beams on their heads over Austin Powerss Shaguar any day. 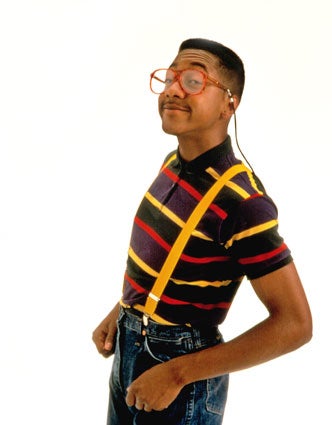 We only realized how endearing the brilliant-but-awkward Urkel was when he invented his own alter ego: Stefan Urquelle (also played by Jaleel White), who was actually far more annoying than his shrill, donkey-laughing counterpart. For us, an ’80s haircut and forced baritone just cant compete with high-water pants and a huge frontal lobe. 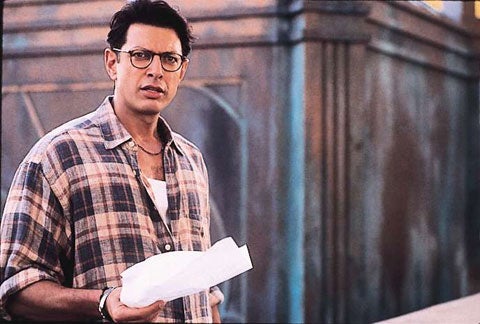 Even to non-nerds, the transformation of Independence Day´s mathematical genius David Levinson from neurotic whiner to alien ass-kicker was more appealing than the character arc of the other main protagonist—Will Smith´s Steve Hiller, who goes from a macho, strutting pilot to, well, a more macho, more strutting pilot. 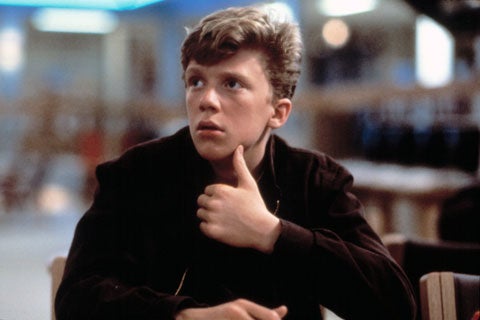 Admit it: If we had more brainy minors whose sense of civic responsibility led them to score fake IDs in order to vote (as Anthony Michael Hall´s character famously did in The Breakfast Club), we´d be much better off as a country. 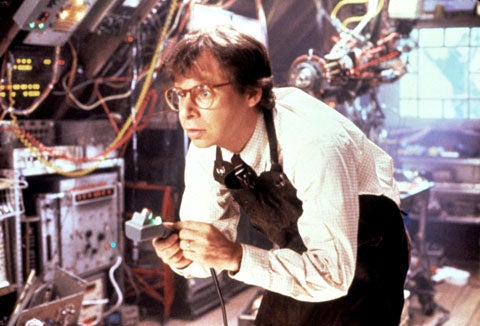 18. Wayne Szalinski (Rick Moranis) in Honey, I Shrunk the Kids

Rick Moranis plays a frustrated inventor trying to perfect a shrinking ray that can reduce anything down to one hundredth its original size rather than, well, blowing stuff the hell up. Help comes in the form of an errant baseball, making the machine finally function properly (with disastrous results for his children and his neighbors kids) and further cementing the love between nerds and Americas pastime, the most statistic-reliant sport. 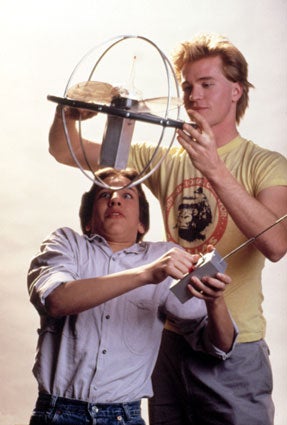 A house destroyed by massive quantities of popcorn, the â€Tanning Invitationalâ€ full of bikini-clad women, and a car taken apart and reassembled in a dorm room–Chris Knight and Mitch Taylor pull these stunts and more to prove that nerds can party as hard as anyone. Real Genius is like Animal House but with lasers and dry ice. 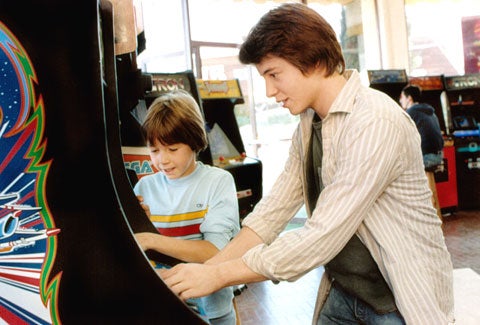 Thank god David Lightman did all his government supercomputer hacking way back in 1983; as we´re learning from the Gary McKinnon case, the teenage WarGames hero probably would have been thrown into Gitmo before he had a chance to save the world from nuclear holocaust. 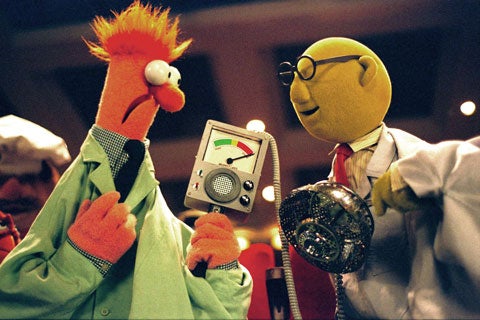 14. Bunsen and Beaker from The Muppet Show

Despite the constant physical and–judging by the twitchy, panicked expression–mental punishment inflicted on him by Dr. Bunsen Honeydews experiments, Beaker keeps coming back for more. Clearly the Jackass crew grew up ingesting a healthy dose of these Muppet Show regulars. 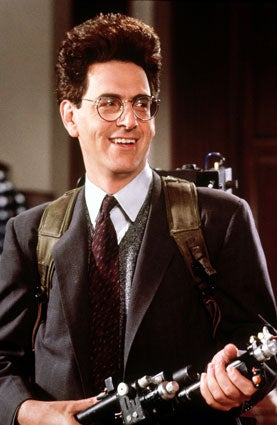 We love Harold Ramiss portrayal of Dr. Egon Spengler in Ghostbusters because its one of the most true-to-life nerd characters in recent memory: a brilliant, well-adjusted and boundary-pushing rebel with a dry sense of humor that constantly reinforces the fact that, yes, he knows what the rest of the world thinks and, no, he doesnt care. 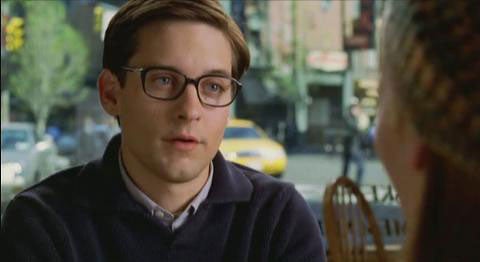 The greatest thing about Spider-Man is that, for once, the superhero is actually the alter ego of a nerdy, love-struck average Joe. 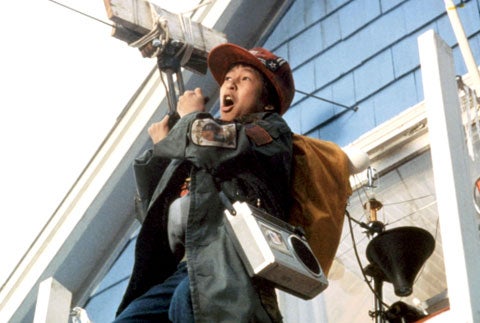 The Goonies would have been a much worse movie without gadget wizard Data´s Ã¢a’¬booty trapsÃ¢a’¬ and the wacky inventionsÃ¢a’¬oil-slick shoes, anyone?-that foiled the bad guys. Without them, all of the main characters would have died, which doesn´t make for a very good comedy. 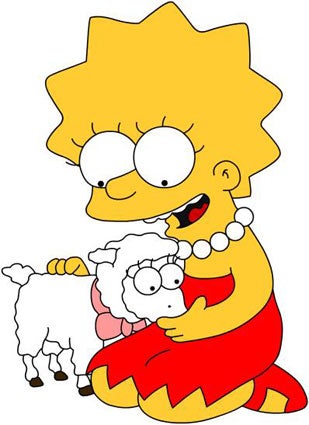 10. Lisa Simpson from The Simpsons

One of Springfields smartest residents (even at eight years old), Lisa has an IQ of 159, invented a perpetual-motion machine, plays virtuoso baritone saxophone, and, uh, dated Ralph Me fail English? Thats unpossible! Wiggum. Hey, no one bats a thousand 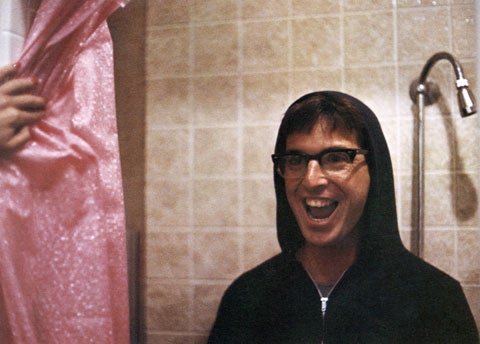 11. Lewis Skolnick (Robert Carradine) in Revenge of the Nerds

Liniment in their rivals´ jockstraps, hidden cameras in the hottest sorority´s house, winning a talent show with the help of state-of-the-art technology (well, for 1984, anyway): none of these Tri-Lam-perpetrated acts trumps head nerd Lewis Skolnick stealing the competing fraternity president´s girlâ€the most desired on campusâ€by outperforming him in the sack. 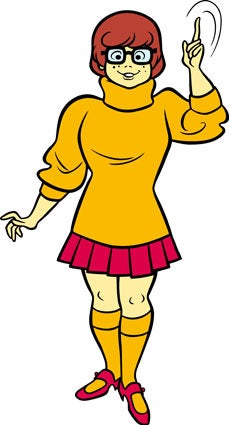 Sexpot Daphne may get the fanboys all hot and bothered, but the Mystery Machine would have been sold off for scrap if not for the superior deductive skills and general brainpower of the groups greatest detective, Velma Dinkley. 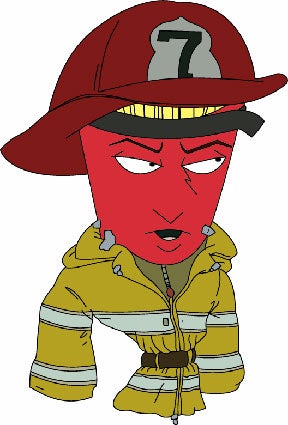 Previous generations had Richie Cunningham from Happy Days as their (somewhat) counterculture nerd hero. This generation has Frylock, the anthropomorphic box of french fries with a goatee and magic amulet who appears on the Cartoon Network´s animated absurdity Aqua Teen Hunger Force. Considering he has both a supercomputer and a cloning machine at his disposalâ€as opposed to a leather-jacket-wearing, shark-jumping sidekickâ€we think this generation got the better deal. 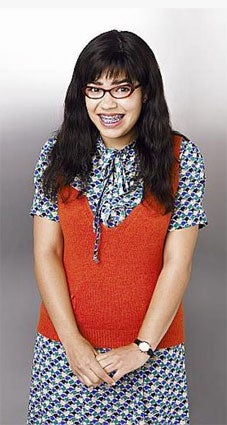 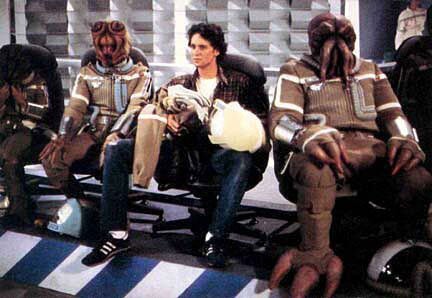 Remember the recent claims that teenagers who excel at videogames have superior spatial and hand-eye coordination for actual aerial combat? Well, the same premise was demonstrated 22 years ago in The Last Starfighter, in which Beta Alex, ne Alex Rogan, uses his fine-tuned â€80s gaming skills to defeat intergalactic invaders. We´re not saying the movie was the inspiration for the research, but stillâ€ 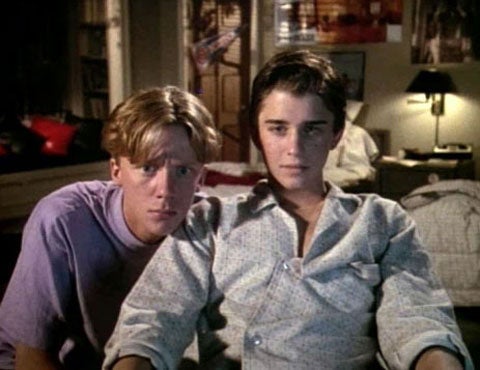 The most unrealistic part of the movie Weird Science is that computer geeks George and Wyatt don´t win any sort of Nobel Prize for creating Lisaâ€played by the ultra-hot Kelly LeBrock and named one of PopSci´s most desirable fembotsâ€using only a freak lightning storm and a computer with less processing power than a Sony PSP. 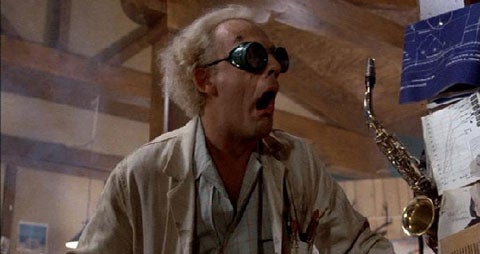 1. Doc (Christopher Lloyd) in Back to the Future

Dont let the wild hair, bugged eyes and clumsy manner fool you: Dr. Emmet L. Doc Brown is equal parts genius and badass. After all, he housed his flux capacitor in a DeLorean and ripped off a bunch of plutonium from some pissed-off Libyan terrorists. Oh, and invented a time machinethat too.