Did SARS start in space? 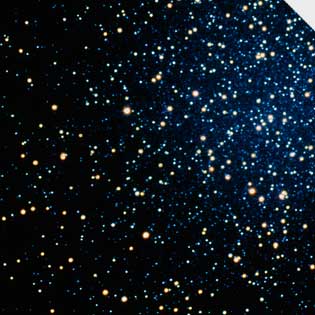 As SARS evolved from what seemed like a small problem into a global scare, everyone assumed that the virus’s spread was abetted by air travel: someone returning from China, for example, carrying SARS to Canada. Few, though, considered the possibility that the vehicle the virus traveled in might have been a comet. Yet to one man, space travel is the best explanation for the disease’s spread.

Chandra Wickramasinghe, the Cardiff University astronomer who first proposed this possibility, says the idea makes sense when one considers the SARS track. The comet carrying the virus would begin to break up over the Himalayas, the thickest section of the atmosphere at that altitude. It would first deposit its microbial contents over China, and then gradually sprinkle what remained over the rest of the world. What appeared to be transmission by globe-trotting tourists would actually be the gradual deposition of microbes by an interstellar space rock. Wickramasinghe says the comet theory could also explain the influenza pandemic of 1918. Once again, that outbreak arose first in China,
then in distant parts of the world–
before air travel existed.

In expanded form, this outlandish idea doesn’t only account for the origin of SARS, but for all life on Earth. British astronomer Fred Hoyle first introduced the theory, known as panspermia, more than 20 years ago. Hoyle and his collaborator Wickrama-singhe took issue with the notion that life spontaneously arose from a primordial soup, insisting instead that microbes seeded Earth from space. (You may be wondering where those space microbes came from. So are we.)

Although the evidence remains tenuous, the geological record provides some backing for panspermia. The earliest signs of microbial life, from roughly 4 billion years ago, coincide with a period of high cometary impacts. Adherents continue to search for additional proof. Wickramasinghe’s group has used high-altitude balloons to collect microorganisms from 41 kilometers above Earth. They found many more than expected, suggesting, says Wickramasinghe, that the material fell from above instead of upwelling from the lower atmosphere. But the real tests, still pending, will be the measurements of carbon isotope ratios in the microorganisms. “If they turn out to be different from Earth [organisms],” he says, “then the game is up.”