‘Forever chemicals’ could be lurking in your lipstick

Your makeup could be hiding unlabeled toxins. But that may soon change. 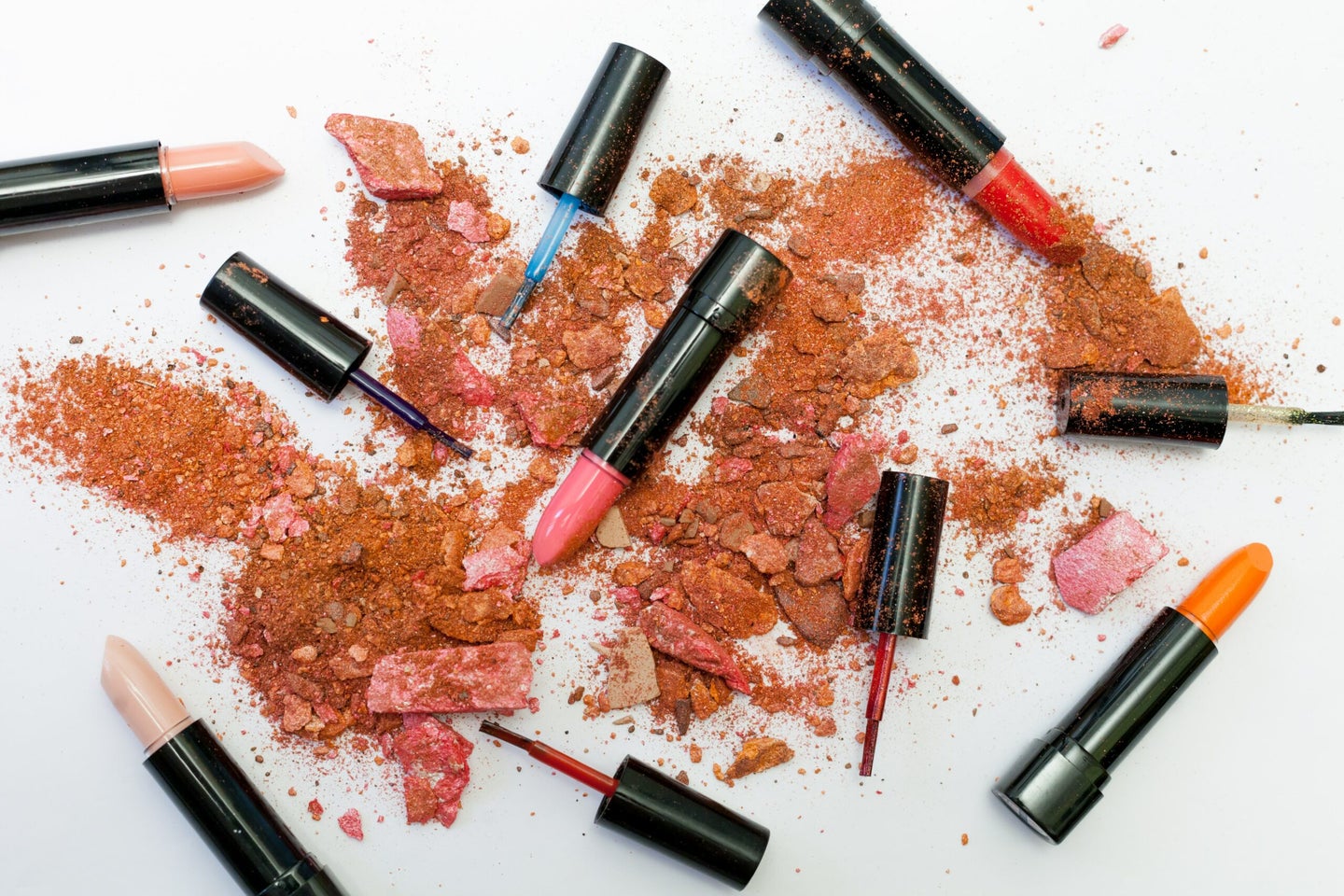 Per- and polyfluoroalkyl substances aka PFAS seem to constantly appear on our news feeds. Otherwise known as “forever chemicals,” PFAS do not break down and accumulate over time.   Whether they are raining down from the sky or popping up in food packaging, the mysterious chemicals have been finding their way into our bodies and environment — sometimes at concerningly high levels.

PFAS are dangerous because consistent exposure to the chemical is associated with low infant birth rates, thyroid hormone disruption, and even cancer according to the EPA. Some research has even connected higher exposure to PFAS to worse COVID outcomes. PFAS have been evasive, found in everyday products like drinking water, and now, even amid growing calls for cleaner and safer beauty products, scientists have found them in makeup.

A new study in the Environmental Science & Technology Letters found that some makeup wearers are being exposed and even ingesting potentially toxic levels of PFAS.

“This is the first study to look at total fluorine or PFAS in cosmetics so we just didn’t know what we were going to find,” study author Tom Bruton, a senior scientist with Green Science Policy Institute told the Guardian. “This is a product that people are spreading on their skin day after day, so there’s really a potential for significant exposure.”

[Related: Are ‘clean’ cosmetics better for us than other beauty products?]

The researchers investigated 231 items of commonly available makeup, including lipstick, foundation, and mascara. Many of the items could be found at large retailers including Sephora, Ulta Beauty, Target, and Bed Bath & Beyond. A little over 50 percent tested positive for PFAS, with only eight percent labeled for the chemicals. This has made it impossible for consumers to know if their products are safe— makeup users could be exposing themselves to the chemical in a number of cosmetics they use regularly.

Waterproof mascara, liquid lipsticks and foundations were the most likely offenders for undisclosed PFAS. PFAS were often detected in makeup items that are intended for long wear, and are not disclosed on ingredient labels.

“There’s no way for an average consumer to read a label and understand what’s in the product they just purchased,” Graham Peaslee, senior author of the study and professor of physics at the University of Notre Dame told the Washington Post. “They can’t trust the label, and that can be fixed.”

Because makeup is worn around our eyes, around our mouths, and on our lips, it makes the chances of ingesting PFAS even higher.

“Lipstick wearers may inadvertently eat several pounds of lipstick in their lifetimes,” Peaslee said in a press release. “But unlike food, chemicals in lipstick and other makeup and personal care products are almost entirely unregulated in the U.S. and Canada. As a result, millions of people are unknowingly wearing PFAS and other harmful chemicals on their faces and bodies daily.”

Researchers also found that when users wash their makeup off, it contributes to the PFAS found in the water supply which can then “lead to additional human exposure,” researchers pointed out.

“PFAS are not necessary for makeup. Given their large potential for harm, I believe they should not be used in any personal care products,” said Arlene Blum, a co-author and executive director of the Green Science Policy Institute in a press release. “It’s past time to get the entire class of PFAS out of cosmetics and keep these harmful chemicals out of our bodies.”

To combat the toxic chemicals in makeup and in our water supply, U.S. Senators Susan Collins (R-ME) and Richard Blumenthal (D-CT) recently introduced the No PFAS in Cosmetics Act. The bill seeks to ban the use of PFAS chemicals in cosmetics like make-up, moisturizer, and even in perfume. Cosigners and supporters of the bill are hoping for a total ban of forever chemicals in all care products.

[Related: Everything you need to know about the chemical one White House aide called a ‘public relations nightmare.’]

Some states like California have already taken steps to remove toxic chemicals from personal care products, and cosmetic giant L’Oreal made promises to remove PFAS in their products back in 2018. Some retailers, including Target and Amazon, are also looking more closely for toxic products. Still, the US is woefully behind places like the EU and Japan, which have all taken strides to protect consumers from toxins in beauty products, which oftentimes have a higher impact on people of color.

“Although it’s desirable to have mascara or lipstick or foundation that lasts a little longer, I believe most consumers would rather opt for safe products that might not have the same staying power,” Whitney Bowe, a clinical assistant professor of dermatology at the Icahn School of Medicine at Mount Sinai Medical Center, who was not involved with the study, told CNN. “They do present a legitimate public safety concern.”