This Is What An Urban Heat Island Looks Like 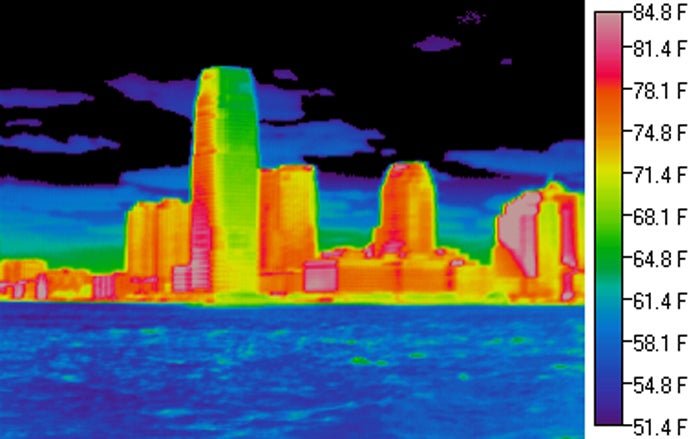 Summer in New York City, bless its big, appley urban heart, can be miserable. The city is basically a floating oven. Urban heat islands, New York among them, are metropolitan areas that–due to fewer trees and more dark, heat-holding pavement–are much hotter than surrounding rural areas.

The average difference between surface temperatures in a developed versus a rural area is 18 to 27 degrees Fahrenheit, according to the EPA. On a hot summer day in the city, dry surfaces like pavements and roofs can be up to 90 degrees hotter than the air temperature! And when the heat gets trapped in the atmosphere, the city doesn’t cool off at night–heat from the urban infrastructure continues to be released in the air, making it even hotter after sunset. Yay, humans, making the world more miserable.

After wandering around in New York City during a particularly hot summer day, artist Nickolay Lamm decided to turn a thermal eye on the urban landscape. He rented a thermal camera and documented the invisible heat in action. (He explains the project further in a StorageFront.com blog.)

Here’s what that top view, looking at the Jersey City skyline from Manhattan, looks like to the naked eye: 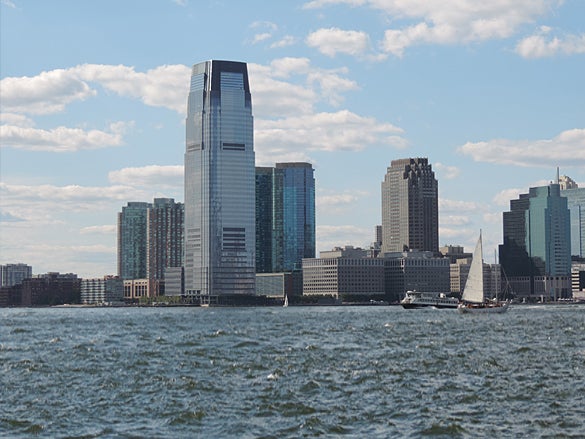 Makes you wanna take a swim, right? Across the river, Lady Liberty is having a bit of a hot flash: 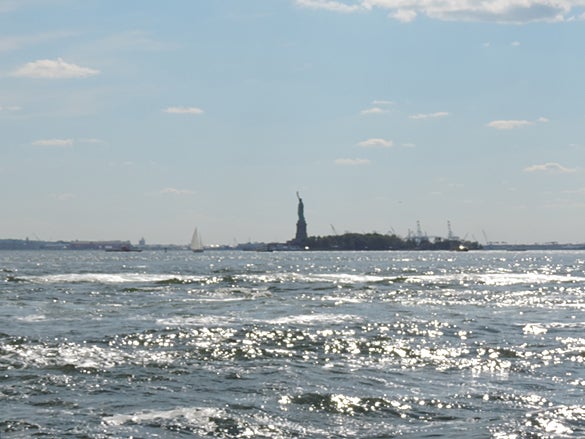 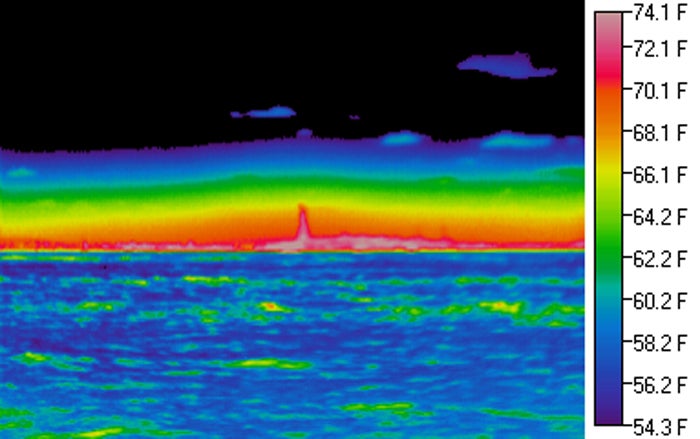 The mouth of hel–uh, Times Square: 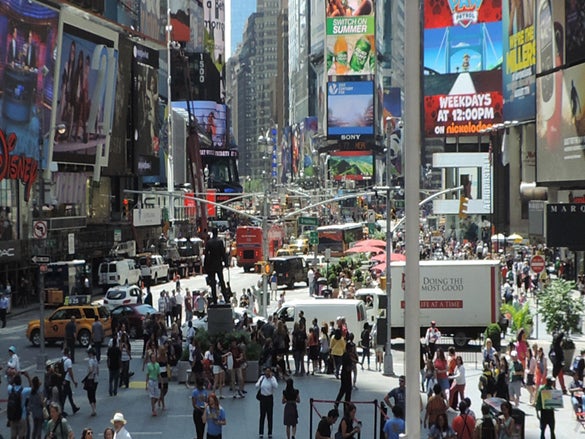 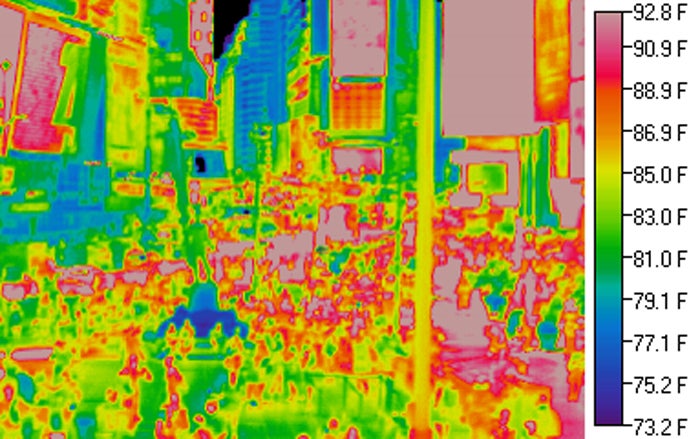 Compare how hot the people in Times Square are compared to these people walking around in the shade (at bottom left): 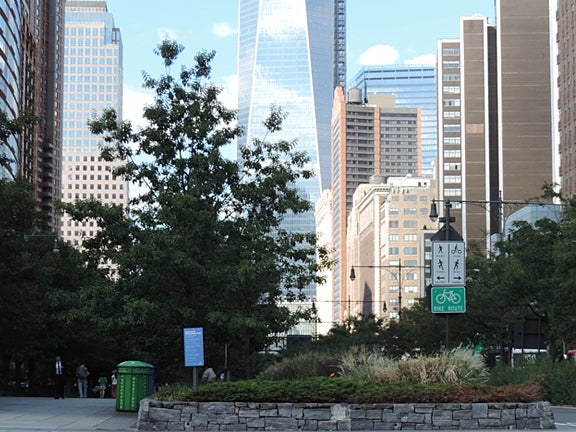 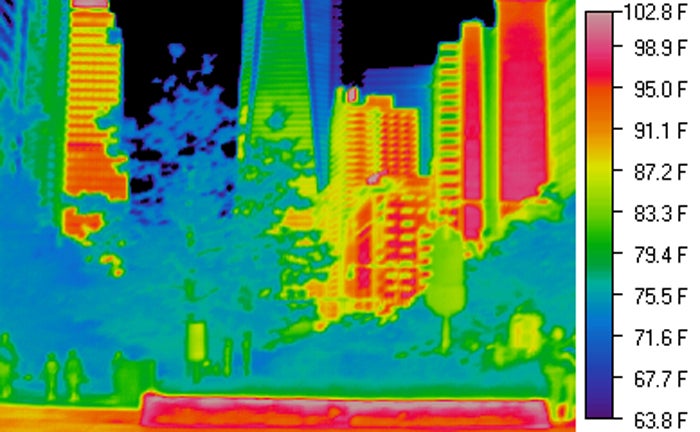 You can see part of the Freedom Tower in the middle there, looking cool as a cucumber. Newer buildings that reflect solar radiation reduce the heat island effect.

This set of buildings looks pretty cool and innocuous, right? 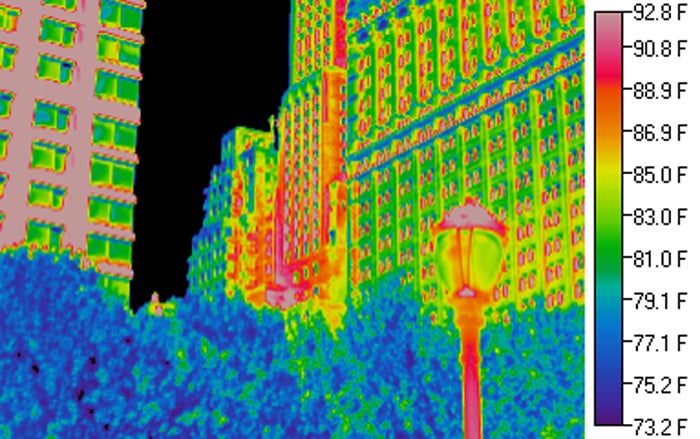 But the reflective metallic parts of the Chrysler Building roof are almost invisible, they’re so cool. 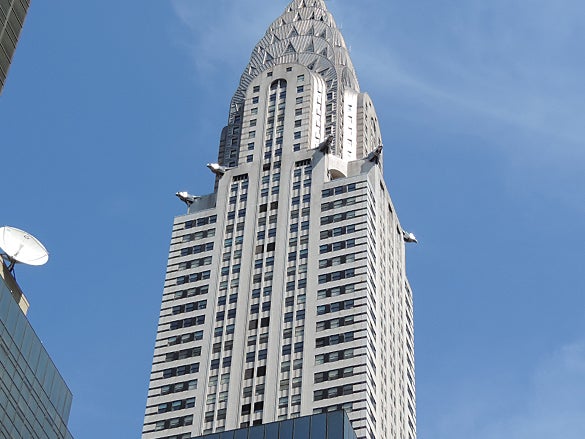 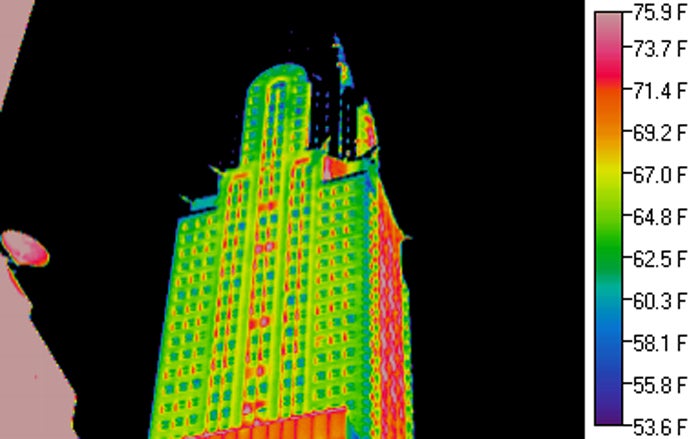 The statue of Mercury atop Grand Central is feeling the heat, though. Sorry bud. 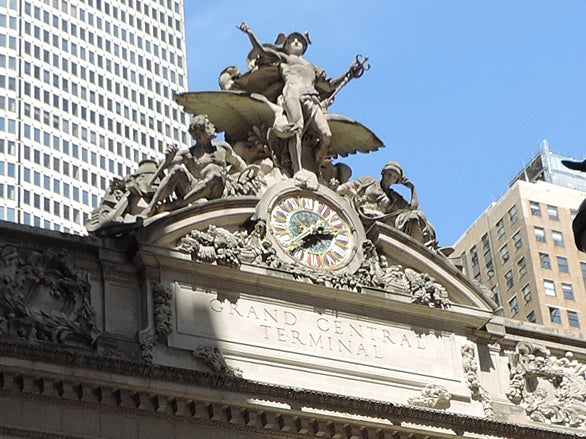 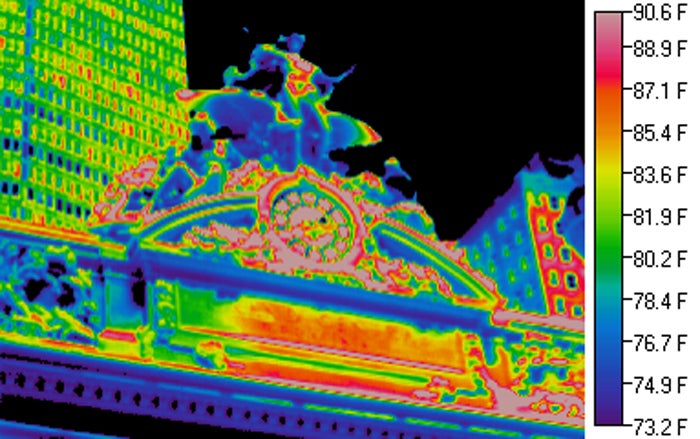 Thank god summer is almost over.