Boost Your Sense Of Touch With Ultrasonic Brain Stimulation

You don't need a spider bite for better tactile detection. 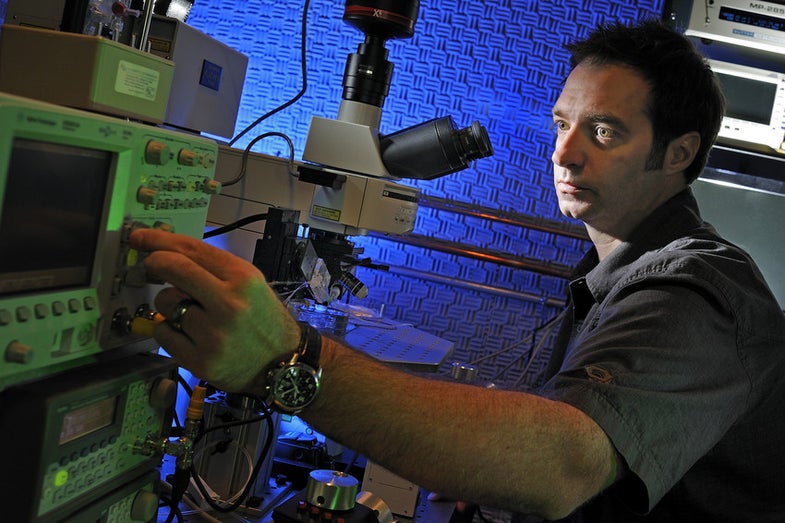 Scientists have been doing some amazing things to our brains with ultrasound, like breaking up blood clots, and even connecting the human mind with a rat’s. Now, they have shown that ultrasound can sharpen our tactile perception, too.

Researchers at the Virginia Tech Carilion Research Institute have demonstrated that by directing an ultrasound beam to a specific region of the brain, they can boost participants’ ability to detect differences in sensations.

To test their theory, the research team hooked up the volunteers with EEG-monitoring devices and placed small electrodes on their wrists. Just before buzzing their hands with the electrodes, the team ultrasound-beamed the volunteers’ brains in a region responsible for processing tactile stimulation. They then gave the participants two classic neurological tests: the first measured the ability to distinguish whether two nearby objects touching the skin are two distinct points or one; the second measured sensitivity to the frequency of a chain of air puffs.

The result was a surprise. The ultrasound actually weakened participants’ brainwaves associated with tactile stimulation, but improved their performance on the tests. How did that happen? The researchers speculate that the specific ultrasound waveform they used may have affected the balance between neurons that excite and neurons that inhibit the processing of sensory stimuli in the targeted brain region.

And it affects a very specific region of the brain—move the beam one centimeter left or right, and the effect disappears.

“That means we can use ultrasound to target an area of the brain as small as the size of an M&M,” William “Jamie” Tyler, who led the study, said in a statement. This specificity could make ultrasound a better technology for non-invasive brain stimulation than two other leading candidates, magnets and electric currents, the researchers said in the study.

Understanding how exactly it works can help scientists make more precise maps of our brain connections and, yes, link our minds with rats’—or our fellow human beings’.