It’s not easy to see what’s going on in a handful of dirt, so some labs use gels and other... 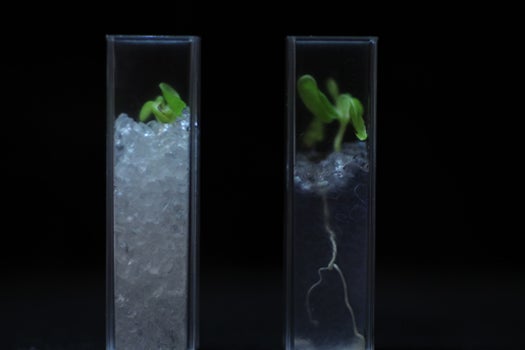 It’s not easy to see what’s going on in a handful of dirt, so some labs use gels and other substitutes to grow plants when they study them. Unfortunately, roots and most of the organisms that interact with them don’t grow as well in fakes. That’s why researchers at Scotland’s nonprofit James Hutton Institute have developed a transparent soil that more closely resembles the real deal.

For the main ingredient, they use small particles of the polymer Nafion, which holds nutrients and becomes clear when mixed with water. With the transparent soil, scientists will be able to observe how roots grow, take up nutrients, and associate with microbes without having to destroy the setup. Using the soil, the researchers have already tagged E. coli with a fluorescent marker and became the first to watch it infect lettuce roots, which can then go on to cause illness in people. 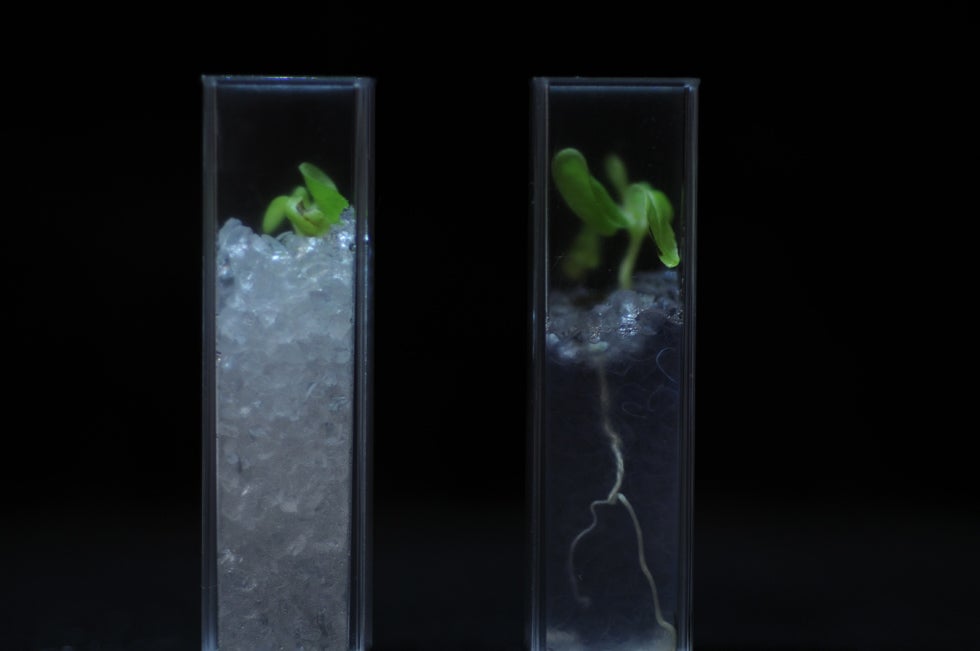 Soil Before and After