A Snapshot Of Human Migration Around The World [Infographic]

The origins and destinations of the world's 215 million migrants 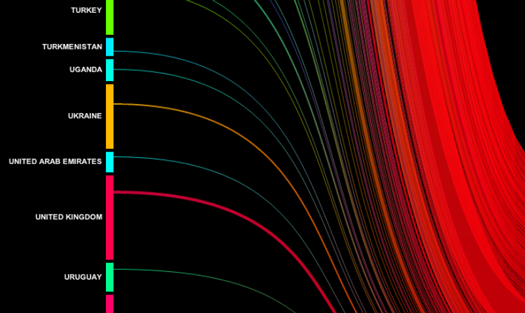 The dawn of agriculture is often cited as the beginning of modern civilization, since it allowed people to live for a long time in one place and build large societies, but one thing it didn’t change was our species’ propensity for migration: as of 2010, more than 215 million people–about 3 percent of the world’s population–were living in countries outside of their own.

Using data from the World Bank, information designer Carlo Zapponi created an elegant visualization showing the flow of people to and from every country in the world. Line thickness represents the relative proportion of people coming from, or going to, each country.

Check out the visualization here.