Genetic Researchers Grow A Fish That Has Legs

Recapitulating phylogeny in the lab 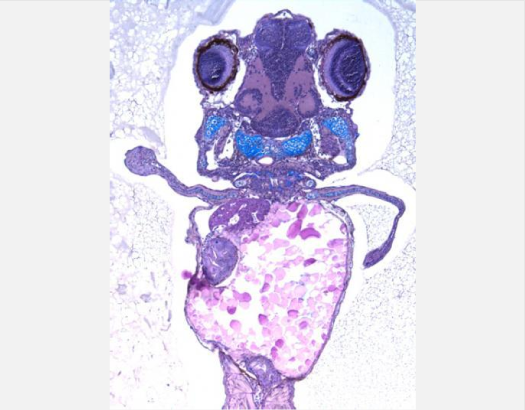 The fossil record has a lot of strange stories to tell about the evolution of life on Earth, and one of the strangest is how life moved from sea to land. Though clues from the record give the rough outlines of the story–limbs grew from fins in a series of stages in which fins grew longer and narrower–scientists are still filling in the details, trying to determine what genetic changes might have allowed the limbs to grow.

One of the best ways to learn those details is to reproduce the changes that occurred some 400 million years ago–to virtually go back in time and alter the development of the land-goer’s living ancestors and see what happens.

Which is what biologist Renata Freitas and colleagues were up to when they added some extra Hoxd13–a gene known to play a role in distinguishing body parts during embryological development– to the tip of a zebrafish embryo’s fin, and watched as the developing fin kept growing: 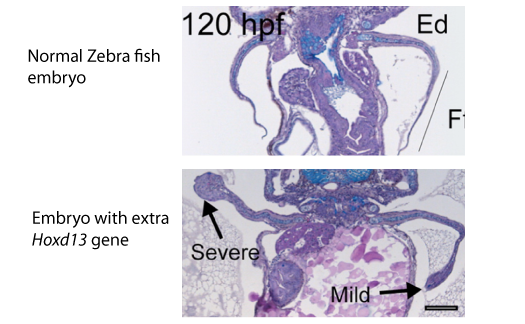 Those round objects on the ends of the embryo’s fins look a lot like autopods, the multifinger proto-extremities that evolved from lobe-finned fish, allowing life’s first foray on to land. Here’s a diagram from the researcher’s paper, showing the changes that the extra dose of Hoxd13 allowed: 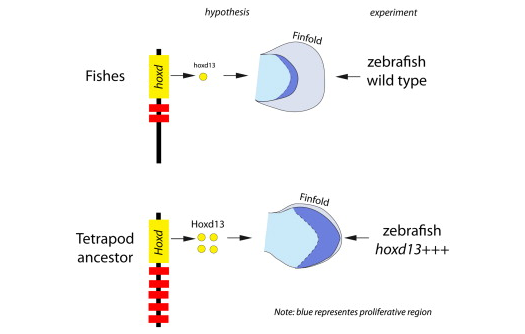 Their lab findings led the researchers to hypothesize that the secret to limb development may have been a new element in some lobe-finned fish’s DNA. When present, this DNA element would have helped turn on the Hoxd13 gene on the fish embryo’s fins, leading them to lengthen and grow into limbs.