There's a small electrical charge living in your cochlea, and it can power electronics. 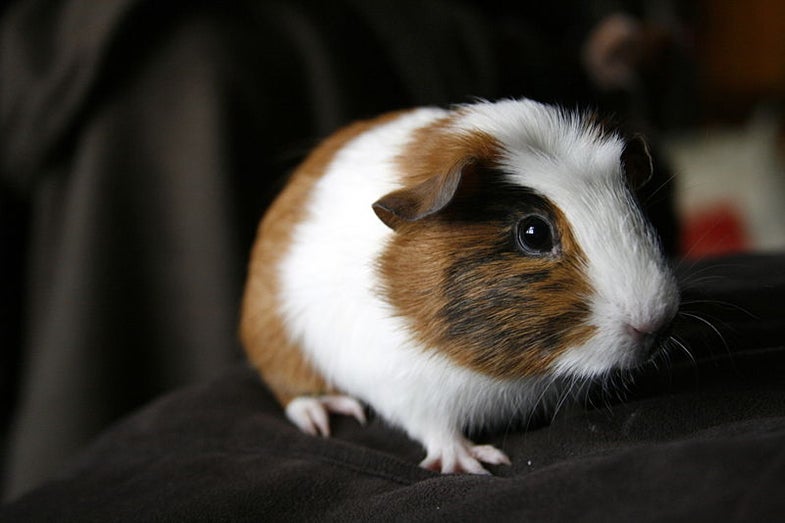 The line between man and machine–or at least mammal and machine–grows blurrier still. It’s not exactly the Singularity, but a collaboration between researchers at MIT and Harvard Medical School have tapped into the electrochemical gradient that exists naturally in the inner ear of mammals and used it to power electronics for the first time–like the Matrix, but with guinea pigs.

The endocochlear potential, which resides in the inner ear, is the only anatomical structure in the mammalian body that maintains electrochemical potential across such a large region. It’s not a lot of power–something like ten times less than what you can capture with the most efficient non-biological circuitry in existence today–but it’s enough that it could one day be used as a power source for new drug delivery systems or implanted sensors or other devices that function inside a living body.

Using an anesthetized guinea pig as their power source, the researchers were able to attach electrodes to the cochlea and extract enough power to run a small wireless radio transmitter. That’s just a single nanowatt, but small electronics (and they get smaller all the time) don’t require much power to function. It’s an interesting idea, if a somewhat bizarre one. Tiny nanomachines in the future could be powered not by synthetic nano-batteries but by bio-batteries produced by living mammals.

A paper on this research will be published in the upcoming issue of Nature.